Rotterdam Review: The Witches of the Orient Subverts the Sports Documentary in Singular Ways 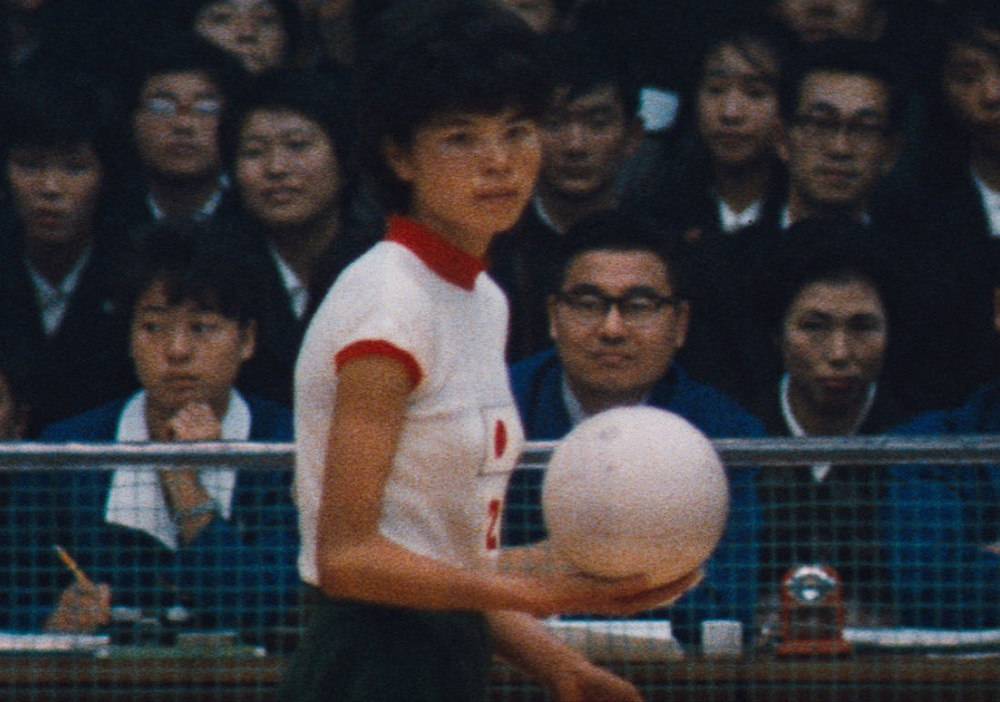 Never doubt a documentary filmmaker’s propensity to eke out the narrowest of niches. We’ve had films on spelling bees and İstanbullu kitties, but the latest comes to us from Japan, via France, and the story of the unlikely heroes of the 1964 Japanese Women’s Olympic volleyball team––and their still less likely second act in the world of anime. The Witches of the Orient offers some flare to go with that intriguing duality: a stylish structure in which footage of the team’s greatest feats are intercut with corresponding animations from the TV shows they later inspired.

Parisian filmmaker Julien Faraut is no stranger to this kind of ideas-filled archival work, having breathed fresh life into a different pile of footage, and a different temperament of sporting heroism, with In The Realm of Perfection in 2018––a rough gem about the tennis player John McEnroe and his defining loss at the 1984 French Open. Realm felt punky and beautiful, and with its exploratory approach it was hard to think of a more ambitious sport documentary since Douglas Gordon’s Zidane: A 21st Century Portrait. In other words, it was quite the act to follow.

The most immediate obstacle for Faraut this time is that the “Witches”, as they became known (misogynistically at home and, as the women allude to in the film, vaguely xenophobically abroad), are far less recognized internationally (at least in the West) than McEnroe––or Zidane, for that matter. As such, Faraut takes a minute to find his footing this time, spending much of the opening third introducing his esteemed guests: first showing four of the surviving former teammates in the present day (casually eating lunch and reminiscing, a sweet setting he often returns to) then in footage of them training in the 1950s and 60s. Forsaking crucial early narrative thrust, Faraut intercuts to match the women with their younger selves and their animated selves, but then inexplicably repeats the process to explain their nicknames.

It feels a tentative error and a country mile away from the opening of Realm, with its slow motion serve backed by Sonic Youth’s thundering The Sprawl. Faraut does eventually find his gear and its thanks to the footage he’s unearthed. Firstly, an incredible cinematic training film from the 1960s, made to promote the team’s efforts in the lead up to the World Championships in ‘62. It is a stunning find, full of vibrant primary colors, lovely close-ups, framing and details––shot as if it made to look like late Ozu. The official footage from the Olympic games crackles with a similar celluloid warmth. The television series––however earnestly Faraut splices it in––proves no less endearing.

Around these fun little experimentations is a classic, satisfying sporting story and Faraut knows better than to mess too much with the formula (the plucky grafting underdogs, a team formed in an Osaka shipping company, did indeed come from nowhere to achieve unlikely feats). Yet there’s a diverting spikiness to Witches, and Faraut plays it in an atypically subdued key––even daring to wonder if all that sweat and effort was worth it. Faraut thus subverts the fetishized training montage, an archetype from the Rocky series (the Soviets, coincidentally, are once again the physically imposing baddies here), into a grueling monotonous grind, with the score to match.

One consequential sequence shows the team working on a particular rolling technique that their trainer, Hirofumi Daimatsu, had drilled into them (Faraut uses Portishead’s relentless Machine Gun as the backing track). More than the Soviets even, Daimatsu is shown to be the film’s chief antagonist, an obsessive authoritarian whose methods––later revealed in the TV shows––became the subject of national discourse. Yet the women (many of whom had lost parents in the war) remember him fondly. Witches alludes to these stories of ersatz parenthood, possible gaslighting, and the macro mood of a defeated country regaining its identity after the war––the ’68 Olympics were held in Tokyo, after all––but Faraut never quite works out which tale to lean into. It’s an engaging, singular oddity, nevertheless.

The Witches of the Orient premiered at International Film Festival Rotterdam.