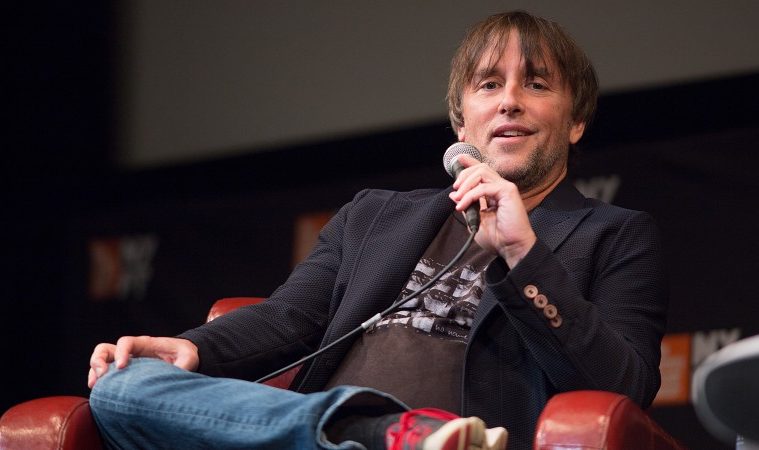 Let it be known 20 years from now, when climate change has set upon the world murderous heat, flooded cities, famine, mass displacement, and a religious fervor the likes of which were unseen since the plague, that on August 29, 2019, someone typed “Richard Linklater, you crazy motherfucker.” One-upping just about any time-based cinematic experiment, he’s set himself the task of adapting Stephen Sondheim’s 20-year-spanning Merrily We Roll Along in an insanely literal manner, filming a segment every year for the next, well, you get the idea. [Collider]

Linklater’s Everybody Wants Some!! lead Blake Jenner will star as Franklin Shepard, a Hollywood film producer whose former life as a Broadway composer we follow in bits and pieces; Beanie Feldstein is to play Mary Flynn, his best friend and a theater critic; and Ben Platt will play Charley Kringas, Frank’s former best friend and lyricist. Due to the nature of its source material (originated by Moss Hart and George S. Kaufman), the film “is being shot in reverse chronological order, as the play and musical end when the characters are in their mid-20s and just embarking on their entertainment careers.” By Merrily‘s completion, Jenner will be 47, Platt will be 45, Feldstein 46, and Linklater 79. Don’t think about this for too long—that is a deep abyss to gaze into, and I can confirm it gazes back.

Linklater’s mainstay producer Ginger Sledge will produce, while Jason Blum and Blumhouse, ensuring their low-budget-horror well is not soon forgotten, has a hand. While you wait for Merrily We Roll Along, be sure to read our interview with Linklater on the occasion of his new—and, sadly, basically gone-from-theaters—film Where’d You Go, Bernadette?