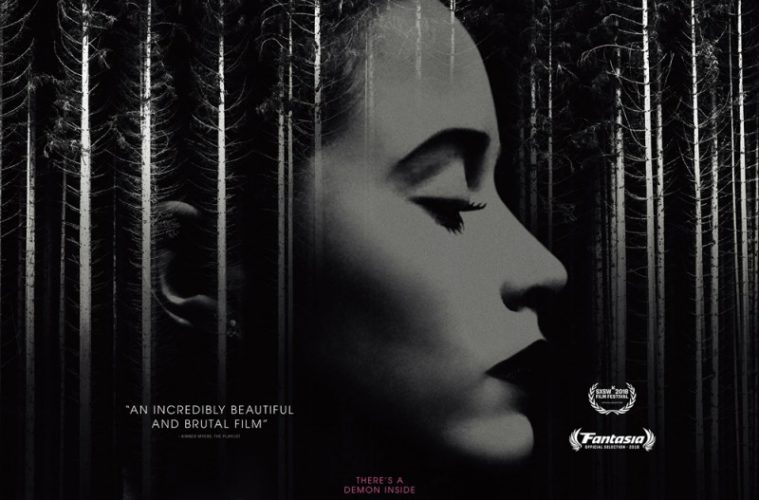 Review: ‘What Keeps You Alive’ Has Thrills, But Gets Sidetracked by Sadism

“[Insert] is the best revenge.” Does this sound familiar but incomplete? That’s perhaps a good template to consider when going into What Keeps You Alive, a dark and bumpy genre piece, at times sporting a steady pulse yet never quite congealing into a satisfying experience. Writer-director Colin Minihan has some chops, and there are moments of inspired image-making to behold, such as an ingenious blacklight sequence. Yet there’s a suffocating feeling of something missing.

We meet married couple Jackie and Jules (Hannah Emily Anderson and Brittany Allen, respectively) as they head toward their big cabin in the woods (yes, you heard that right) to celebrate their anniversary. An early sign of trouble is a broken-down boathouse by the lake; the rot hidden behind cozy domesticity. Sure enough, tensions mount and a shocking betrayal takes quiet wine nights off the table permanently, making vengeance the main course. Minihan builds his first act to a surprising bang, culminating in a shock that is sure to elicit gasps. This moment lays out a basket of narrative fruit ripe with possibilities for the next two-thirds, but Minihan picks an uneven yield.

The highlight in this middle stretch is a tense rowboat chase, which is undermined cinematic territory. Taking into account injuries and physical attributes, the sequence ratchets tension effectively using crosscutting and geography, culminating in a clever moment which emphasizes power dynamics. Unfortunately, the film’s middle is also where the engine chugs the most. Blame it on the script or an excess of oddly-placed fades, but Minihan seems to have trouble maintaining a consistent tempo, and What Keeps You Alive almost forcefully tries to slap you out of the spell it has cast. It feels as if Minihan’s most exciting elements are buried under the bloodshed and menace, in service of dour brutality that is definitely brutalizing, but decidedly lacking in heft.

One of the most intriguing elements that Minihan begins to toy with early on is performance; practicing, refining, utilizing a mask to try and get what you want. It’s a simple metatextual concept that translates well in the range of psychopathy as well as everyday life, and pools some of the film’s most effective (and affecting) chills. In these textured moments of put-on-ness, the two leads shine their brightest as they play with the ideas of identities and anxieties around whether or not you ever really know your loved one.

This idea of performance expands into the film’s second half, functioning now under the guise of faux domesticity. Some worthy tension is wrought from this, as is a notion of domestic life as captivity. Yet most through-lines here end with standard bloodshed. In these punctuations, there is a release of something more than final gasps of breath from a victim; rather it’s of dissatisfaction, as the line between a study of trauma and an exercise in sadism blurs.

A prime example of this divide is in a sequence that encapsulates both the success and faults of Minihan’s vision. At a crucial moment, an off-screen fight scene is staged entirely through sound design, punctuated by an omniscient camera and shuddering lamps. It’s an unexpected and tense decision, doubling down on the idea that the most terrifying scares are in one’s own imagination. Yet at its close, this roving camera lands on an image that feels narratively frustrating, instead of startling or intertextually frustrating, as it seems to be intended.

In its final act, What Keeps You Alive has a narrative and literal re-tracing of steps from a different perspective, yet it fails to fully capitalize on an earlier visual motif. Along this thread, there are a few prime chances for a reversal of expectations not out of place for a film set on being dark and twisty. Instead, Minihan’s script opts for actualizing a moment that was more chilling in practice than execution.

The line between ideas and blood is a strange one in genre cinema, and different for many. For die-hard genre fans looking for a disturbed and relatively brief affair, there may be enough here to enjoy. However, if you want a consistently engaging thrill ride packed with enough ideas to contend with the bloodshed, perhaps look elsewhere.

What Keeps You Alive opens on Friday, August 24 in theaters and on VOD.