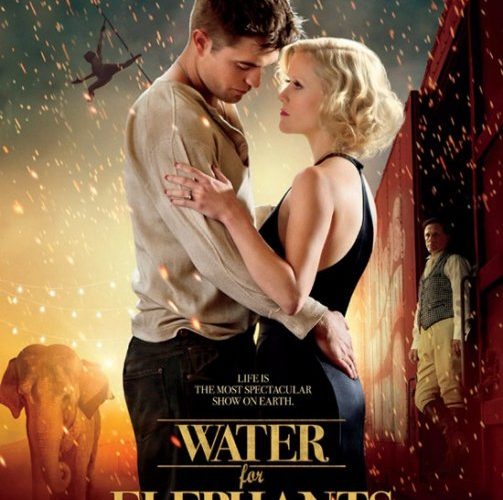 Water for Elephants, on paper, should be a tedious film: an adaptation of a best-selling novel (by Sara Gruen) that cuts pages into hours via surface level ideas and emotional resonance. There’s an in-your-face shortcut narration that beats you over the head more times than once, the love story isn’t entirely convincing and the ending heads towards slightly outlandish territory.

But having a talent such as Francis Lawrence behind the camera offers the type of boost a messy film needs. With three films to his name, Lawrence has proven himself to be a filmmaker with a unique eye, and Water for Elephants is his most impressive technical feature yet. The director’s improved upon his few technical faults, such as overuse of so-so CG, and is in complete control of the frame this time.

Lawrence captures a perfect sense of nostalgia and the majestic side of the time and memory, if not so much the harsher parts of that era. He sets the tone as a grounded fairy-tale, which makes some of the more unrealistic events slightly more believable. His vision of an old-school circus is so vibrant one would be a fool not to fall head over heels for it at first glance, like our young lead Jacob (Robert Pattinson).

Unfortunately, the romance between the two lovers (Pattinson and Reese Witherspoon) is a little less convincing then the world Lawrence creates, a passionate love affair between the filmmaker and his spectacle. When Jacob’s parents tragically die in an automobile accident, he’s left with nowhere to go. He has no money, which causes him to leave Cornell where he was studying to become a vet. So Jacob does what all loner kids do in the Depression-era 1930s: wait by the train tracks for the next train to come. Lucky for him, that next train takes him under the Big Top. Jacob’s first observance of the circus spectacle is a beautiful, nostalgic, fully-realized scene. It’s one of the many great moments that elevate Water for Elephants from being forgettable fluff.

Most of that fluff comes from the love story, which begins when Jacob meets Marlena (Witherspoon), the star attraction of the show. Marlena is described as an angel, and Witherspoon isn’t given enough material to bring justice to that description. While the actress is fully capable of playing a love interest with scars of her own – greatly proven in Walk the Line – it’s ultimately the script that sells her short.

There’s a great film in Water for Elephants, but whenever the film is about to say something interesting, the script, written by Richard LaGravenese, reverts back to its safety net. The film never breaks out of the standard melodrama form, and by the end, we’ve accepted its clear aspirations. Lawrence’s love story is uneven because there is so much to love and plenty that rings false. What does work ultimately makes for an appealing and enjoyable period piece.