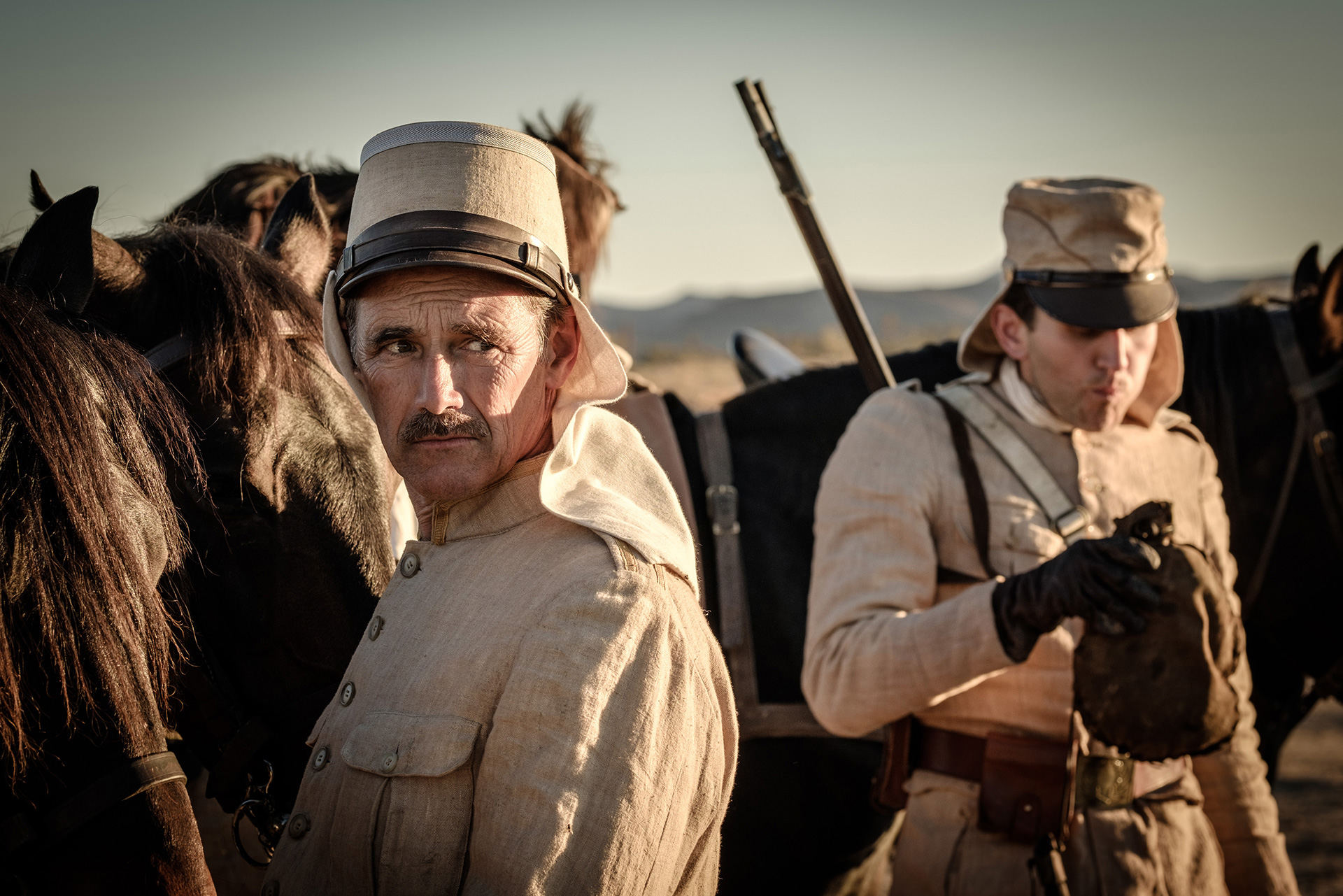 The phrase “the calm before the storm” has always been an interesting one because it posits that storms are inevitable and periods of calm are nothing but an illusion. It doesn’t matter how much work you’ve put into a situation to create peace if the other shoe is destined to drop. And the more you live in that nihilistic headspace, the more you render the storm a self-fulfilling prophecy. You become driven by fear in the unknown until you become the very thing that all others fear. You take before others take from you. You kill before others can kill you. This belief that your own destruction is just upon the horizon turns you into a destroyer who’s made the storm into its misguided rendition of the calm.

It’s a philosophical certainty that lies at the back of Manifest Destiny and the types of superiority complexes the white Anglo race has adopted throughout the world as its cultural birthright for domination. And when that domination occurs in far-off lands, they as the subjugators become positioned as storytellers who fashion history to their whims. They become the heroes clearing a new land of “savage beasts” rather than the villains annihilating a way of life they couldn’t be bothered to even try to comprehend. They create a form of law and order favoring those who look like them by providing the fallacy of upward mobility and economic equality through perseverance. Loyalty becomes more precious than gold as the oppressed decide mirroring their oppressors is safer than fighting back.

This is the world of J.M Coetzee’s illustrative Waiting for the Barbarians. He’s created a fictitious Empire in the vein of Great Britain that has colonized borderlands in order to proliferate defensive outposts with the capability of stopping foreign incursions before they can even come close to disrupting their actual country. Magistrates are sent out to meet with the locals as missionaries of sorts to enact a sense of structure by becoming a figure of power. And they are often alone with bare-bone crews to endure the harsher terrain and environment while their superiors remain comfortable in the lap of luxury thousands of miles away. So it’s only natural that some of these magistrates would adapt and find that the years away have shifted what “home” currently means.

The author’s cinematic adaptation as directed by Ciro Guerra eschews authenticity for an almost allegorical aesthetic to put its heavy-handed truths front and center while allowing its characters to bring what little nuance remains available. Look no further than the title’s dual interpretations to understand as much. The white colonizers are mobilizing to combat an inevitable strike from the “barbarians” in the mountains. Those nomads—who have thus far accepted their new neighbors as tourists yet to discover it isn’t worth staying—are preparing for the very real possibility that these “civilized” invaders show their true barbaric intent. One side acts on fear while the other waits in it. And only those with a foot in both can recognize how one’s so-called preemptive defense is actually an offensive.

Mark Rylance plays the man in the middle. He’s a respected leader in the outpost’s community who has learned what only those willing to learn can: that we’re all human. The result is a veritable safe haven for anyone who travels there. Crime is low because prejudice is low and intent is understood rather than projected. Happy to simply go on in his position without ever returning to his birthplace, this magistrate enjoys life by documenting the history of those who truly own this land. He knows their language, their movements, and their ambitions and yet his opinion is silenced the moment police Colonel Joll (Johnny Depp) arrives for an inspection. To him and his ilk back “home,” the supposed peace under Rylance’s watch is questionable.

As we see in our own streets now with Black Lives Matter protests, it’s often those tasked with keeping the peace that so diligently destroy it. Joll is a cop who revels in torturing the “other” for the information. Anything a prisoner says that doesn’t match his firm presumption is therefore a lie demanding the use of “pressure” to find his truth. Rylance’s character knows the damage such actions create, yet he stands back in hopes that Joll will have his fun, leave, and never return. But that’s the thing about the calm and the storm. Joll grew restless in the former and now tastes blood in the latter. He’ll use force to quell a non-existent uprising and in turn sow the seeds for vengeance in his wake.

Waiting for the Barbarians continues through the seasons as these dominoes fall both for the region and the magistrate himself. As Joll and his second in command (Robert Pattinson’s Mandel) are hardened enough to call humanity and compassion a liability against their own survival, Rylance can’t help but wield them as strengths when confronted by the cost of warped “justice” in the form of a young woman (Gana Bayarsaikhan) made blind and crippled via the Empire’s interrogation tactics. Even though he’s empathetic, however, the magistrate is still an outsider. He’s still a man who gets fat in his apartment while vagrants beg outside his borders. He’s still a man who has taken control over that which he has no jurisdiction. Kindness is not exempt from also being cruel.

It’s a lesson perfectly suited to this moment in our global history because it demands that we reflect upon our respective privilege and the hypocrisies inherent to its existence regardless of allyship. That it comes in a package tainted by the personal issues surrounding both Guerra (recent sexual harassment and abuse allegations that he denies) and Depp (ongoing domestic abuse court battles with ex-wife Amber Heard) isn’t great. It is important, however, that an artist such as Guerra tell this story considering his Columbian heritage and previous post-colonial work Embrace of the Serpent. He understands the complexity of the circumstances on-screen and the differing levels of oppression that the colonized must face from their colonizers. It’s a crucial perspective that Guerra’s controversy unfortunately can’t help but undermine.

Despite the on-the-nose delivery of its messaging being intentional, Coetzee’s script will surely alienate some viewers. The slow pacing won’t do it any favors either, considering it promises weightier drama than that heightened, moralizing tone could ever provide. I often found myself disappointed upon acknowledging how the proceedings can never quite allow Rylance’s performance to breathe as a cautionary tale since the scenario is so entrenched in a dark sensibility highlighting a rather debilitating sense of futility. But that in and of itself is also a worthy lesson: to appreciate how the fruitlessness of honorable actions doesn’t necessarily render them less important. While they may not stop this battle, they’ll inspire others to stop the war.

Waiting for the Barbarians hits VOD and Digital HD on August 7.