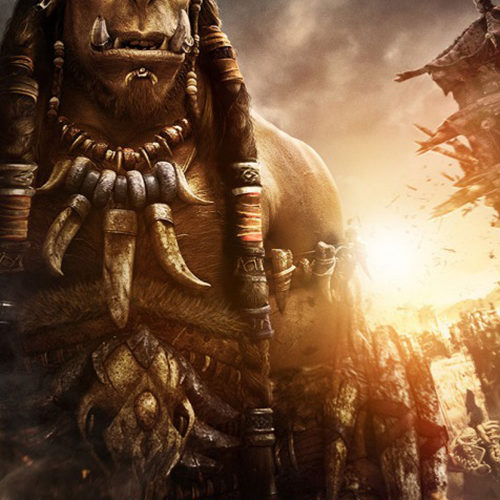 The mortal sin of any movie adaptation based on an intellectual property with a sufficient amount of weirdness or oddity is to be ashamed of its origins. Often times a film will, out of fear of alienating a wider audience, choose to blunt or soften some of the more esoteric aspects of its story. All an attempt to reach out to a broader cross-section of the potential audience usually accomplishes is angering fans and baffling and boring strangers.

For all the negative things that could be said about Warcraft, the newest film from director Duncan Jones, the one thing that it unabashedly has in its favor is being wholly true to itself. A grand, goofy, colorful epic with an almost impenetrably convoluted mythology, Warcraft never breaks its stone-faced earnest investment in its own story and world. In an era of committee-crafted mass entertainment that does its best to serve all possible masters at once, this straight-faced parade of ostentatious production design and unapologetically cheesy and labyrinthine plot should be given its due share of applause.

That sort of earnest intention can only go so far, though. As a piece of actual cinema, with characters and a plot and a story, Warcraft is a sincerely crafted mess — a breathless string of incident tied together with incomprehensible lore and terminology. It is two hours of grand spectacle and arch character work with hardly an interstitial beat in-between. While this will draw ire and mockery from most, it is almost certain that, somewhere, a 9-year-old will see this film and it will become his or her whole world.

The story seeks to explain the origins of the apparently unending war between Man and Orc, a conflict which is taken as writ from the get-go. The Orcs, who exist in a Horde comprised of smaller Tribes, live in a blighted world, led a cartoonishly evil-looking wizard named Gul’dan (David Wu). Among this Horde the most thoughtful and pensive of the tribal leaders is Durotan (Toby Kebbell), who has a moral awakening thanks to the birth of his son. He is among the first and only Orc to realize that the magic that Gul’dan is using to aid in their conquests and move them to a new world is the reason for their world’s demise in the first place. Unfortunately, this awakening only takes place once he has become part of the advanced party which has crossed a magical portal into the land of Azeroth.

Azeroth is a vaguely utopia Euro-fantasy land populated by men, dwarves, elves, and other unnamed or unpronounceable races. Their king is Llane (Dominic Cooper), their champion is Lothar (Travis Fimmel), and their Guardian is Medivh (Ben Foster). When the Orcs come for their land and their people – which are needed to fuel their life-powered magic – these men team with the half-Orc Garona (Paula Patton) and the apostate mage Khadgar (Ben Schnetzer) to fight the invasion and save Azeroth.

These characters and their relationships and titles and what those titles mean are introduced with a swiftness rivaling one’s own ability to recount. Charitably, this could be called economy of storytelling. More accurately, it could be called the inevitable result of trying to tell three hours worth of story in just over two hours, credits included. Terms and ideas and rules are thrown off the screen with the natural cadence of people who live with those very things day to day, but the audience is left grasping feverishly for straws. At a certain point it becomes expedient and necessary to take a zen approach to the story — admit that you know nothing, and give yourself in to the experience.

Giving into the experience is actually pretty easy given the briskness of the story’s pace, which makes the best of its ecstatic velocity by never allowing itself to become boring. This manic form of entertainment is buoyed by the performances, which are never anything less than fully-committed. Travis Fimmel in particular seems to relish his roles as a formidable human warrior, his eyes and his voice teetering constantly on the edge of rakish madness. Toby Kebbell as the Orc chieftain Durotan creates a vast ocean of honorable empathy for his be-tusked character, which is brought to shockingly convincing life by some of the best CGI in modern film. Ben Foster as the high wizard Guardian is a campy, bizarre mess of tics and insecurities, and Dominic Cooper portrays one of the most wise and benevolent kings in recent memory.

Paula Patton is saddled with two of the film’s most unconvincing aspects, and yet still manages to be a compelling presence. As a half-Orc, she is almost wholly human except for her green skin and strange, speech-distorting tiny teeth that jut up from her lower lip. She also has to sell a budding romance with Fimmel’s Lothar, which might have landed better if there had been a moment to spare in this sprinting narrative for them to bond.

Even characters whose names I have forgotten and whose allegiance or particular title I never quite understood — like Schnetzer’s Khadgar, who was once a part of a guild of magic-users whose name I could never catch — make a strong impression. There’s a very clear sense of character on display here, but the shallowness of their development makes it hard to praise beyond merely stating that everyone seems to know what they are doing in the moment. There is no development, only definition.

The intricacies of the plot and the ways by which friendships are forged and broken are so dense and so fleeting that the whole thing comes off as more of a dream than a story. For all of its technical prowess and its clear action, there remains after viewing a lingering sense of having been caught in the center of a zoetrope.

In spite of these deficiencies — the narrative wildness, the static characters, the impenetrable lore — Warcraft is still not entirely a failure, most of all because of its charming, almost admirable level of goofy conviction. The people who created this film clearly believed they were doing the right thing, and wanted to do right by it. They don’t shy from the darkness inherent in a tale of epic war, creating some of the most shockingly violent and brutal moments of recent blockbuster memory. They don’t mug for the audience, they don’t roll their eyes in cynical admission of the plot’s over-seriousness. They play the movie straight out of respect for whatever audience there might be for this type of thing.

Sometimes a person can begin excitedly talking about a subject that you find beyond your capacity for interest, and yet their energy and their passion keeps you from being able to mock or deride them for their childish concerns. Warcraft is the film version of that person, and, try as you might, you can’t hate them just for loving something you simply don’t get, in a way you can’t comprehend.