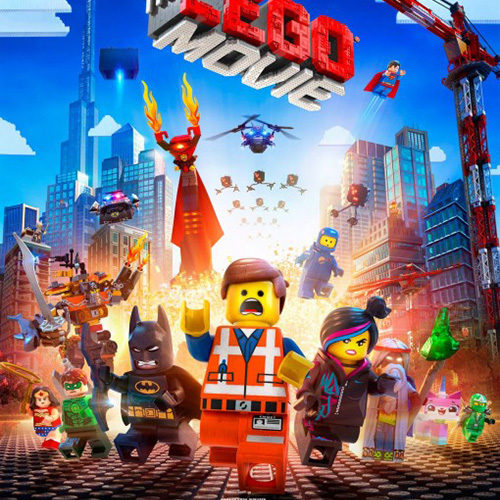 I am a child of the 80’s. Ask me about Lego Star Wars or Lego Harry Potter and my response will be a quizzical look devoid of comprehension. With my set of LEGOs, I was a builder with a giant card table set up in my basement full of city locales and blank street platforms to create a world not unlike the one Phil Lord and Christopher Miller have in The LEGO Movie—albeit at one one-thousandth the scale. Space world? Western world? They weren’t in my vocabulary. If it wasn’t conducive to an authentic reproduction of the real world (I’m talking SimCity before SimCity), I wanted nothing to do with it. I now realize that I was a nine-year old Lord Business (Will Ferrell) more prone to unleash the dreaded Kragle than divert from what the printed instructions declared.

It’s the kind of epiphany you make before deciding to see a therapist and yet this movie became my catharsis mere seconds after opening my eyes to the sad truth. Not sad necessarily, but at least a little less fun when you think about a kid choosing to blindly follow pre-packaged rules than let his imagination fly. I say this all in jest, but these themes and ideas are intrinsically bonded to what the Danish toy firm created. It’s one thing to transform other properties into LEGO pieces so you can usurp the aesthetic and capitalize on a symbiotic relationship of pop culture successes, and it’s a complete other to tackle a film about and based on the blocks themselves. Whether original screenwriters Dan and Kevin Hageman or Lord and Miller’s rewrites are to blame, this film accomplishes it.

Everything you can think about when it comes to LEGOs is included from the happy-go-lucky attitudes of builders printed on the boxes to the serial numbered pieces used to construct massive skyscrapers. Set against the brilliantly catchy tune “Everything is Awesome” we’re introduced to a world of worker bees following President Business’ government decrees as they brainwash themselves into constructing exactly what has been laid out for them. We see ourselves in Emmet Brickowoski (Chris Pratt), holding the instruction booklet, scattering the pieces, and assembling them just as advised. We are the success-driven society of automatons doing what we’re told, listening to what the media feeds us, and happily going to bed to do it again in the morning. But that bit of satire is for you, not the kids. And that’s the point.

The best praise you can give a children’s film is to say it speaks to viewers of all ages. While we dissect through knowing laughter the current situation of our consumerist culture and sensationalized news teams feeding us salacious stories in hopes they distract us from realizing how censored and politically correct our nation has become, The LEGO Movie teaches our kids what it means to be unique, imaginative, and heroically important by paving their own paths. Emmet doesn’t seek out becoming the “Special” prophesized figure foretold by Vitruvius (Morgan Freeman); the responsibility falls upon his unwitting shoulders until discovering the latent power within. Only after becoming part of a team—with all the love and support he ever wanted—could he comprehend just how high his star will climb. It’s about teamwork, sacrifice, and fun.

How can it not be, though, when your villain is days away from letting the Kragle (a scratched and battered tube of Krazy Glue) permanently freeze every last yellow-headed character in place? His control over the ants in the city is oppressively tight and only the in-hiding “Master Builders” like Vitruvius, his student Wildstyle (Elizabeth Banks), her boyfriend Batman (Will Arnett), and a slew of others can stop him by jumping to other Lego worlds until they can find the “Piece of Resistance” that will save them all. And while Emmet is far from the confident leader you’d assume their chosen savior to be, he has the “Piece” and therefore the distinction of being whom the “Man Upstairs” picked above everyone else. Sometimes a regular Joe like you and me is exactly what the situation needs.

That’s not to say a DC Comics license doesn’t also give access to the hysterical back-and-forth of Channing Tatum‘s Superman and Jonah Hill‘s Green Lantern (Lord and Miller did direct them in 21 Jump Street, too) alongside subtle humor like the pronunciation change delineating Renaissance painter Michelangelo from his Teenage Mutant Ninja Turtle counterpart. Heck, even 1990s All-Star Shaquille O’Neal comes along for the ride with manic 1980-something Spaceman (Charlie Day). The humor and randomness a la Robot Chicken (director Chris McKay is credited as editor and animation co-director) is just as important to the film’s appeal as its morality tale of unlikely heroes saving the day and bullies finding remorse. Kudos to Liam Neeson‘s revolving headed Good Cop/Bad Cop and Freeman’s God-like sage for diving into the joke unpretentiously because that’s exactly what the movie is—unpretentious.

Add Animal Logic‘s stunning animation to make it appear like stop-motion (similar to the 8-bit effect in Wreck-It Ralph) and you have meticulous professionalism in every facet of production. When buildings or cars exploded you see a slew of spare pieces fly through the air; when water moves in waves you have multi-colored circular #4073s moving in tandem for effect. You can tell the filmmakers had LEGOs growing up and knew exactly what it meant to create with them. They knew following the rules and breaking them were each acceptable ways to play, but also the necessity to lend both processes the freedom to do so. Every Emmet has the potential to become the next Frank Lloyd Wright and each Lord Business could create a splatter painting like Jackson Pollock. The lesson is giving both the tools to discover it for themselves.