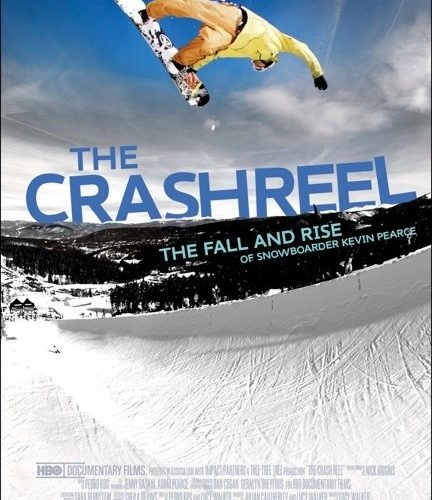 There was a steady welling up of tears as The Crash Reel came to its conclusion. I had shed a few earlier in the film, but now it was constantly assaulting my emotions, with a mix of joy and anger. The film follows a young snowboarder named Kevin Pearce and his rise to stardom — at one point he beat Shaun White with consistency — and his stunning and shocking injury that left him in a coma and the throes of death heading into the Olympics. I’ve never experienced the level of successes that Kevin had, but I’ve known what competition feels like in sports and the rush that you can’t replicate anywhere else. There’s an addictiveness to it that is the reason you have so many weekend warriors. Within this frame, we begin to understand why someone who has a traumatic brain injury (TBI) would be willing to risk their life in the pursuit of that thrill.

The key here is how much we begin to love Kevin as we relive his journey from a young daredevil toddler, always climbing on top of things he couldn’t find a way back down from, to following in his older snowboarding brother Andrew Pearce’s shoes. We learn about his family slowly, as they become familiar and endearing. With three brothers, when he gets injured, it’s a shock to all involved. As with most action sports, injury is common. What many don’t realize is that packed snow is like concrete, and rarely do the snowboarders protect themselves beyond the clothing on their back and a helmet. That means impacts are often cruel and harsh, but TBIs are the rarity. Kevin’s, in particular, was so severe that it blew out a pupil in his eye as he whiplashed face-first into the lower portion of a halfpipe. As much as we enjoy his life before the crash and the way he embraced friends with loyalty and his fans with humility, the journey begins in earnest once Kevin is laying in a hospital bed, girlfriend Ellery Hollingsworth and his family by his side. His relentlessness in becoming a better snowboarder — he often woke up before any of his friends and ate and trained as if his success depended on it — carries over to the way he attempts to recover. His goal, known without hearing him say it, is getting back onto his snowboard. This is the peak; the pinnacle of his normal life before the accident. The journey there, however, isn’t easy. Nothing about recovering from TBI is, and the documentary makes that painfully clear.

While we journey with Kevin, we learn about the way action sports interacts with severe injury and even death. There’s a troubling reality in the way insurance doesn’t cover athletes out of specific competition, let alone practice, and families are often saddled with astronomical bills. One may scoff at the notion of action sports athletes complaining about insurance not covering their injuries when there is inherent danger and they make millions of dollars, but that kind of windfall is for the top athletes and rarely trickles down. Aiding the journey is the exceptional musical selection. Rarely do I feel like seeking out all of the music played in a film, but The Crash Reel — with original music by Moby and track selection by Matt Biffa including M83, Chemical Brothers, Lykke Li, Sigur Rós, José González, Underworld — reflects the hip culture of snowboarding and it’s a true highlight.

You don’t have to be a snowboarding fan to enjoy The Crash Reel, and especially when we start to follow Kevin after his injury the doc shifts the way one may relate to it. The notion of aiming for something that put you in death’s grip is heartbreaking, and director Lucy Walker doesn’t shy away from the discussions and disagreements between Kevin and his family. There’s an exploration of the way action sports, spurred on by the X-Games and the acceptance into the Olympics, is becoming increasingly dangerous. At one point an athlete claims the fans desire crashes and falls, and I take extreme exception to that. This isn’t NASCAR where crashes are nearly celebrated because they are within the safety of a steel cage — though danger is always on the horizon there as well. Yet, the truth is that when snowboarding began the halfpipes topped out at around eight feet while now they are over 20 feet high. There’s also the wild and crazy big air competition where the goal is usually getting as high as you possibly can while pulling off a single trick. Is there a point where we will limit them? Kevin’s father brings up the fact that in motorsports, they limit the size of the engine to keep the speeds down. But where is the upper limit for action sports?

Again and again, The Crash Reel challenges you. There aren’t easy answers and we see the tragic results. At one point, Shaun White, who isn’t painted with a pretty brush early on, admits to having at least eight concussions. If you’ve been following the way the NFL is dealing with concussions you know that nothing about that is something to shrug off. There’s beauty when snowboarding is done right and we get a taste for the success of Kevin and the many others in the sport. We also get a behind the scenes look into the athlete’s lives and their struggles with pressure. The Crash Reel is a joyous tribute to the fragility of life that will break you down and leave you a better person.

The Crash Reel is currently touring film festivals and has been picked up by HBO Documentary Films for distribution. Check out more screenings details on the official site.