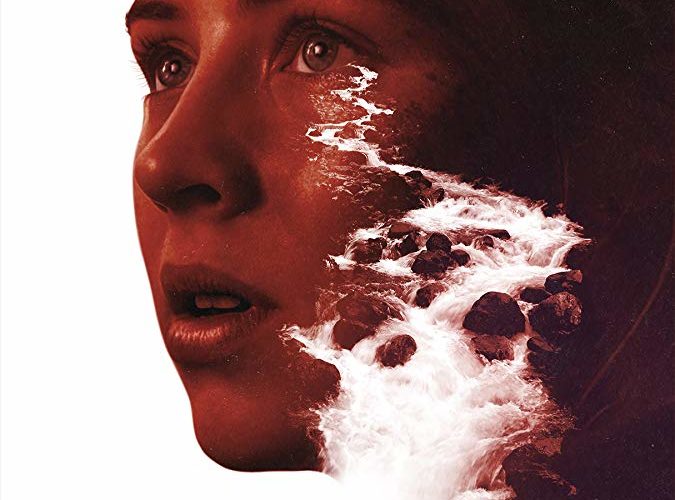 Review: ‘Rust Creek’ Brings Horror to the Backwoods of Kentucky

When Sawyer Scott (Hermoine Corfield) receives the call she’s been waiting for, she can’t help but smile. It’s the first step towards a post-collegiate future with a job in Washington DC all but secured — the tiniest bit of uncertainty preventing her from telling her folks why she won’t be home for Thanksgiving despite high spirits. She packs her SUV, activates her phone’s GPS, and sets off east with an impromptu detour through the backwoods of Kentucky courtesy of a traffic jam on the highway. The computerized voice sends her to a dead-end that barely looks like it ever was a road and then to a bridge she’s unsure will support the weight of her car. Maybe switching to analog (a paper map) will get her back on track.

Unfortunately for Sawyer, Rust Creek isn’t the type of place to help unsuspecting travelers escape. So when a pick-up pulls over with two brothers feigning a desire to get her on her way (Micah Hauptman’s Hollister and Daniel R. Hill’s Buck), we know where things are bound to go. A pretty teen outside her car alone on a desolate road with lecherously and condescendingly giddy rednecks bearing down can spell nothing but trouble. Unfortunately for them, however, she’s not one to succumb to their aggression without a fight. A few kicks and stabs later leaves the predators stumbling backwards and covered in blood while their victim’s adrenaline rush takes her deeper into the forest with a dangerous leg laceration impeding her movement. Let the cat and mouse commence.

Director Jen McGowan and screenwriter Julie Lipson (from a story by producer Stu Pollard) take this post-prologue opportunity to introduce a few more characters. First come Sheriff O’Doyle (Sean O’Bryan) and Deputy Katz (Jeremy Glazer). The former is old school, nonplussed, and prone to rattling the cages of those locals he knows to be miscreants. The latter is a fresh-faced newbie with too much energy for his boss to handle, perpetually being saddled with administrative busywork to slow him down. Second is a meth cook named Lowell (Jay Paulson) who’s kind enough to patch Sawyer up at his place after finding her passed out under a tree yet hardened enough to give you pause as far as motivations are concerned. They’re pure Appalachian cliché from top to bottom.

The environment quickly becomes a character unto itself too as the distance from Lowell’s trailer to salvation is too far for Sawyer’s injury to go with the brothers scouring the woods for her. So she has no choice but to trust this stranger that appearances presume to show is no better than the men hunting her down. She uses some ingenuity to get out of tough spots and some stubbornness to become caught in more. A circle around this small list of players contracts until they each begin to overlap and reveal hidden relationships and power dynamics that can be exploited by Sawyer to stay alive and by the filmmakers to earn our investment. We do ultimately want to see her come out of this harrowing predicament alive.

Where I have issue with Rust Creek is therefore the plotting itself. These characters are sufficiently complex and intertwined to remain interesting, but how they interact can be uninspiring. Why someone does something is less because of who they are and more because of what McGowan and Lipson need from them. When you have a guy who loves to shoot his gun to the point of verbally daring his opponents to go for theirs first — why have him try and use his fists later if not to render the fight fair enough for a defeat? When another steels himself to earn a surprising tactical advantage considering how passive he had previously been throughout the film, forcing him to pause at the worst possible moment becomes pure course-correction.

It’s these types of situations that guaranteed those scenes that should have felt suspenseful never quite did. So while the characterizations had me pulling for Sawyer to survive, I never worried she wouldn’t. I watched to see how she would escape with the hope a few twists and turns might arrive. After the first couple points where the filmmakers could have thrown a wrench come and go without deviating from their obvious machinations, though, I found myself settling in to simply get to the end. This was a disappointing revelation to be sure, but not so bad that I checked myself out. I still cared about Lowell’s epiphany and Sawyer’s strength regardless of both being foregone conclusions. And I still enjoyed watching Hollister and Buck constantly get beat-up and belittled.

Paulson continues with the depressive compassion that runs through the roles I’ve seen him portray (October Road and Mad Men). Hauptman steals some scenes with a jovial menace that tries to prove his Hollister is as smart as Lowell but only reveals that he’s almost as clueless as Buck. And O’Bryan is great as the duplicitous sheriff with a chuckle and glint in his eye for those he’s hoping to get off his back and a not quite sharp enough edge to keep those under foot in line. They bumble about on preordained paths propelled by greed until Sawyer’s entrance creates a roadblock that causes them to let paranoia get the better of confidence. She’s a symbol of what some strive to defeat and others aspire to become.

Corfield does well to carry the weight of being that purposeful catalyst as well as her Sawyer’s own three-dimensional young woman with aspirations and agency. A big part of this success comes from not writing the character as a damsel in distress or bona fide badass wreaking unbridled havoc. Sawyer is someone we can rally around with the wherewithal to possibly survive on her own if not for certain extenuating circumstances making that hope an impossibility. She doesn’t therefore stay by Lowell’s side because she must. She does by choice. I would have liked that choice to not rely upon glaring handholds the filmmakers intentionally construct for her to grab onto and climb up, but Corfield’s performance does well to temper the skepticism such contrivances inevitably manufacture.