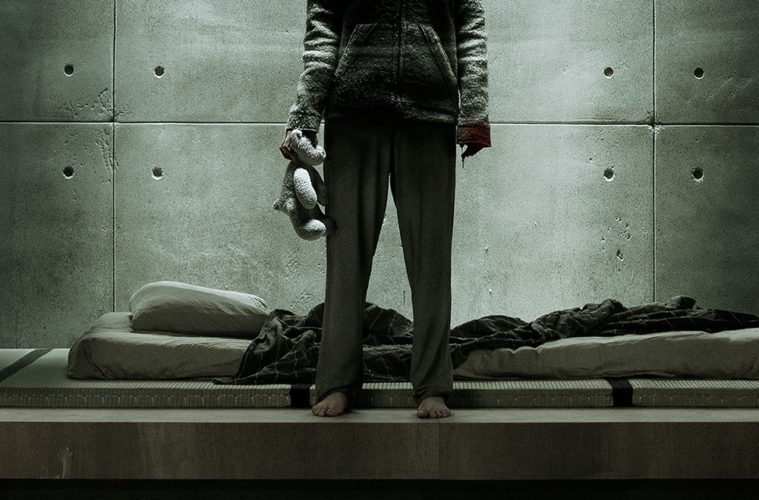 The question of the existence of a soul has been one of the prevailing interests of modern science-fiction cinema. Films like Ex Machina, Her, Upstream Color, and now Luke Scott’s debut, Morgan, have have all prodded at the subject, keeping pace with societal paranoia about the obsolescence of humanity. This is far from a new idea. After all, the director’s own father, Ridley Scott, was exploring the Turing test more than three decades ago. But Morgan is worthy of conversation not for its achievements, but rather the way its failures and generalities characterize how far the genre has come.

Artificial intelligence is no longer the final frontier and Seth W. Owen’s script doesn’t just recognize that A.I’s are being made, it talks about previous models that didn’t live up to expectations. Modern sci-fi has moved past the point of pure invention to a goal of exceptionalism. While playing God has been an equally common theme of science fiction, it’s rarely felt so bland and ordinary.

Morgan begins days after a violent accident with the title character (Anya Taylor-Joy), a human-like science project bankrolled by corporate interests, with the arrival of Lee Weathers (Kate Mara), an all-business risk assessment consultant who comes to decide whether Morgan should be taken out to pasture.

For the team of a dozen generic scientists living out in a remote cabin, Morgan is far from a lab rat. She’s a full-fledged member of their makeshift family. From the moment of Lee’s arrival, everyone from her creator, Dr. Simon Ziegler (Toby Jones) to the unlucky victim of a dinner utensil through the eye (Jennifer Jason Leigh) is defending Morgan’s actions as a fluke. She isn’t just their work, they’re all proud parents.

Nobody has grown closer to Morgan than Dr. Amy Menser (the usually reliable Rose Leslie, hampered here by a sheepish American accent), an anti-social behaviorist whose character is more dependent on her connection to Morgan than anything resembling a personality. About the only person who’s not enamored with Morgan is Skip Vronsky (Boyd Holbrook), the cook at the cabin who’s creeped out and jealous of all the attention she receives. Coincidentally, he has one of the few relatable moments in the script when he swing and misses while trying to flirt with Lee over a bottle of bourbon.

Even the main attraction, Morgan, feels frustratingly functional. Coming off Taylor-Joy’s breakthrough role in Robert Eggers’ nightmare fuel bedtime story, The Witch, Morgan is less a bellwether of this young star’s future acting skills than a showcase for the most stilted and obvious aspects of the script.

It’s immediately clear that Scott and Owen, are about the only people who don’t seem to know how they feel about Morgan. From the outset, the script is just grooming Lee to become a badass heroine in the second half, but they also spend long enough on questions of why Morgan matters that both halves of the film end up feeling equally unsatisfying. That’s even being generous when there’s so many foreboding conversations about Morgan that every scene with her may as well have the word, “danger” in glowing red letters at the bottom of the frame.

While screenwriters have found increasingly clever ways to play with the question of “what makes a human, human?,” Owen and Scott have no sense of of how construct these conversations. They soon lapse into dialogue so obvious that the emotional palate has the richness of a mood ring. There’s one character who speaks to Morgan with such an incredible lack of tact that it’s amazing that she doesn’t kill him thirty seconds into their encounter just because he’s so annoying.

It’s not incidental that even the camera appears to have the same cabin fever as its title character as it indifferently scans the the grim, grayscale walls of the film’s main setting: a small compound with poorly mapped visual geography. When the film finally pushes out into the wilderness, it gains new life as cinematographer, Mark Patten, lovingly manipulates the shining sun through the branches.

Then again, it’s hard to pay attention to the visuals when the second half brings some of the worst fights in years. It’s hard to diagnose where the blame should go with these scenes, but there’s no reason that a single punch or suplex should be separated into a dozen cuts. Working with editor Laura Jennings — who brought a real sense of impact to Edge of Tomorrow, even as it was swarming with CGI creatures – Morgan struggles to make even a single fight between two people not look like it was edited with a shredder.

Morgan is neither very insightful about artificial intelligence or very entertaining as an action B-movie, but it’s nonetheless an important indication of the status quo. Films like Her and Ex Machina already asked whether humans could love artificial intelligence. Morgan just wants us to feel guilty about it.