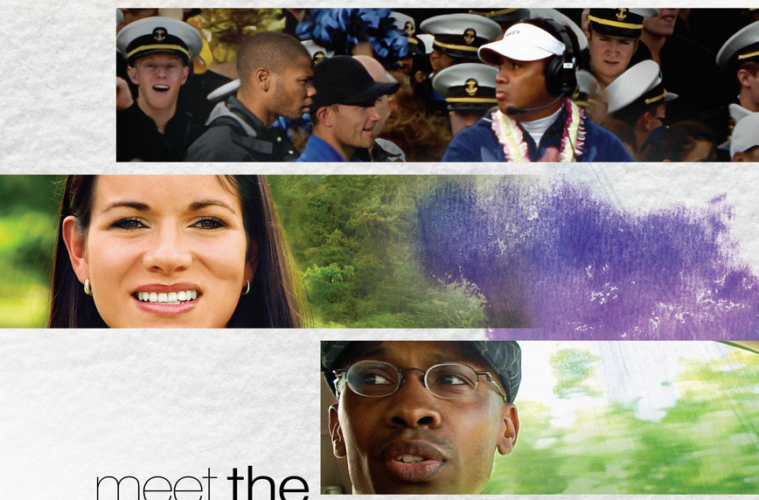 Let’s just admit it up front: every religion has interesting, funny, good-hearted folks that are trying to make the world a better place. In fact, I’m willing to bet you’ll find more than a few atheists with these qualities. However, Meet the Mormons is nothing more than a slick-looking TV ad, where its placement behind the “pay wall” of your local AMC, Regal or Cinemark seems rather silly.

Director Blair Treu has divided the film into six stories chronicling diverse individual stores of LDS believers. While many are thin sketches, two subjects – the “Missionary Mom” and the “Candy Bomber” — may be worthy of longer form documentaries. While none have co-founded Bain Capital, the Mormons chronicled are done so for the sake of dispelling myths, demonstrating they are just like you and me — or at least that’s the aim of the feature. Citing examples from popular fiction, including South Park, Fletch, and 30 Rock, the film’s frame narrator/pitch women Jenna Kim Jones speaks to us in direct address from Times Square in New York City – a hub of diversity. Noticeably missing from the pop culture references are of course Trey Parker and Matt Stone’s Broadway hit Book of Mormon, any works by Neil Labute, and the personal faith-based exploration Rebecca Thomas’ Electrick Children, a festival hit that explores the life of a young woman in a fundamental LDS community essentially removed from the contemporary world as she discovers rock-n-roll. Made by a filmmaker intimately connected to the LDS community, Electrick Children was critical in ways that Treu’s picture simply cannot be.

Funded and distributed by Intellectual Reserve, a wholly owned unit of the Corporation of the President of Jesus Christ of Latter-day Saints, the film essentially is preaching to the converted without demystifying some of the mainstream questions Mitt Romney faced during his presidential election. The film contains no talk of film censorship (as in the documentary Clean Flicks), temple garments, polygamy, or traditions and gender roles in fundamental LDS communities. What we’re left with a mainstream Salt Lake City-centric view of mainstream families strengthened by faith, but very little about the traditions of the faith.

Dispelling an early man-on-the-street interview, the film first travels to Atlanta to check in with Jermaine Sullivan, an LDS bishop and his wife. The portrait is what it is, showcasing a family man who is Mormon and black, but there’s little compelling material to be found here. Also lacking interest is the story of Ken Niumatalolo, the head football coach of U.S. Naval Academy, but thankfully Treu has gotten the weakest narratives out of the way early on.

Transitioning to Costa Rica and later Nepal, the film grows more exotic. In Costa Rica we meet Carolina Munoz Marin and her husband; both MMA fighters, Carolina converted from Christianity after contact with a missionary. The most interesting story and one worthy of a longer form documentary is that of Gail Halvorsen, the “Candy Bomber,” an octogenarian still participating in flights commemorating his dropping of candy to the children of West Berlin. Genuinely heartwarming, Gail is an engaging presence and the highlight of the picture.

The film’s last story is also of interest, following Dawn Armstrong, a young mother to a bi-racial son who is faced with a series of hardships that have made her recent triumphs all the more sweet. She prepares her son Anthony, an all-American kid, for a his upcoming mission in South Africa, which quite frankly would make for a far more interesting feature film than this one.

Lacking sincerity to craft an engaging conversation about faith, Meet the Mormons, although well-shot, reverts to infomercial-style tropes. Tackling any group as large as an entire religion is a tall order and one that seems downright foolhardy. Perhaps a film like this may seem necessary as the LDS community feels isolated by their lack of representation in contemporary media. A faith-based commercial is a curious way of dealing with this predicament. What the community genuinely needs is a mainstream hit that has appeal beyond the LDS community. Why didn’t Intellectual Reserve green light the Mormon version of The Blind Side instead?