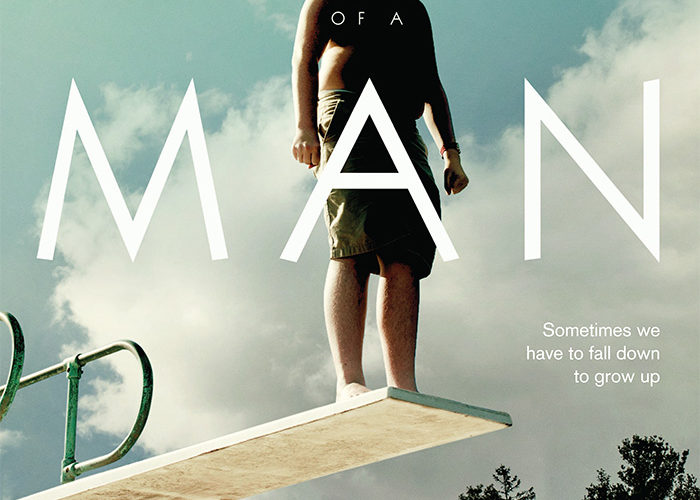 Review: ‘Measure of a Man’ is an All-Too-Familiar Coming-of-Age Dramedy

The coming of age dramedy is a crowded genre with many seminal works established in the 70s and 80s. It’s tough to therefore see any entries without comparing them to what came first. Some can still find their niche and win audiences over before earning a place besides those former greats, but oftentimes they simply feel too familiar to necessitate a second look. The latter category is a shame because familiarity isn’t always synonymous with “bad.” Take Jim Loach’s Measure of a Man, for instance. Here’s a serviceable film adapted by David Scearce from sports writer Robert Lipsyte’s 1977 semi-autobiographical novel One Fat Summer that possesses many redeemable qualities including a worthwhile, body-positive message. It may objectively succeed in its narrative goal, but subjectively never sets itself apart.

There’s a Stand By Me voiceover looking back; parental relationship trouble on the fringes for additional dramatic tension a la The Way, Way Back; and a wholesome, nostalgia-fueled tone in setting similar to Flipped, among others. It trades in the style and voice of countless variations on its theme, a fact that sadly puts it behind the eight ball regardless of whether the source material pre-dates them all. The unfortunate reality of coming last cinematically is that its visual language recalls moments cemented in our mind and very often pales in comparison. The idea of judging it on its own merits must then take this into consideration because history infers upon the present. This work doesn’t exist in a vacuum and shouldn’t be judged as though it does.

This means that some things may have worked on their own, but don’t because we’ve seen other films do them better. It could be the platonic relationship between two best friends that has obvious room to shift towards romance; the sage if sometimes cryptic and/or comical advice of an adult who isn’t the main protagonist’s mom or dad; or the antagonistic dynamic with a bully whose rage stems from his own insecurities rather than anything his target has done. Rather than seem natural, the ways in which these tropes progress in Measure of a Man shows their strings. A surefire way to make this fact work to the filmmakers’ advantage is to subvert our built-in expectations, using them as distraction to earn surprise. Sadly, this maneuver isn’t utilized.

Instead we receive a straightforward, by-the-numbers account refusing to deviate course despite added color that does little to actually augment what’s onscreen. It’s almost as though the film thinks itself subtler than it is with revelations that arrive out-of-nowhere before ultimately going nowhere too. Look no further than the reason young Bobby Marks’ (Blake Cooper) best friend — and saving grace to his family’s annual summers at their lake house — Joanie Williams (Danielle Rose Russell) disappears for the majority of the runtime. We believe its an innocuous one and accept as much because the goal is to leave Bobby on his own to get a job and grow into the self-confidence he will need moving forward. Upon discovering it wasn’t, however, we learn the inevitable outcome remains the same. The same goes with Bobby’s employer Dr. Kahn (Donald Sutherland). He’s a great figure of authority: an elderly gentleman who believes in conscientious hard work, proper manners, and strength of character with a firm but genial and fair disposition. Kahn is here to present Bobby with the sense of consistency his father (Luke Wilson) lacks and the independence necessary for initiative that his mother (Judy Greer) coddles. He’s not in the film much, but his appearances are always pointed with life lessons and an easy path towards forgiveness if the boy proves himself pure enough to earn it. His purpose is to open Bobby up to the journey fate has set before him. Kahn’s history doesn’t help that goal — its blatant arrival poorly feigning understatement is proof.

And herein lies the problem. Measure of a Man wants to spotlight its lead by letting everyone else serve his adolescent awakening as well as try and provide depth to characters that have specifically been drawn as those one-dimensional pawns serving him. So anytime something interesting happens on the periphery, we know the plot will use it as a means to give Bobby ammunition. The information he witnesses is less about the complexities of those it concerns and more about how he can use it to confirm his immaturity or ignite his growth. This truth cheapens the final product because it cheapens the world around him. It also lets him be a jerk because the consequences of others’ actions provide lessons rather than his own. The finished piece isn’t helped by the decision to constantly let characters disappear either. Joanie’s leaving is imperative because the plot is contingent on her absence since she is Bobby’s pariah pal (he’s overweight and she has a big nose). What about his sister Michelle (Liana Liberato), though? What about “cool” Pete Marino (Luke Benward) and villainous Willie Rumson (Beau Knapp)? They come and go according to the storytellers’ needs rather than the story. It’s why I couldn’t help but laugh when Dr. Kahn asks Bobby if his bully problem had improved by summer’s end. I laughed because we hadn’t seen Willie in forever and I had almost forgotten about him. He needs to always be looming — prop or not. To reappear suddenly is to reveal one’s hand.

It’s a shame that this is how everyone but Bobby is handled because the acting, atmosphere, and period-specific production design is good. Bobby’s trajectory is too and many young kids embarrassed about their weight could truly learn something about the correlation between pride in one’s work and ability with increased confidence and self-worth. There’s simply too much noise that thinks itself cuter than it is surrounding him. Topics like sexual orientation, gentrification, feminism, rape culture, and adultery are introduced so superficially that the film would be doing better service to each by leaving them on the cutting room floor. It needs to either put more focus on Bobby or work harder at creating its ensemble. Existing in the middle as it does only leaves us wanting for more.

Measure of a Man hits limited release on May 11.