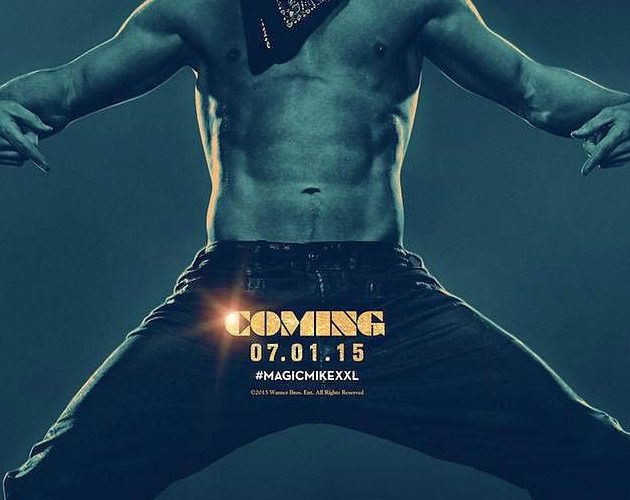 Everyone’s favorite male stripper (sorry, male entertainer) is back. Only this time, he’s gone legit! It’s been three years and Mike Lane (Channing Tatum) is running his furniture business with some limited success in Tampa. And while we see that dreams sometimes really do come true, good ole Mike can’t resist the pull of the stage when his friends come back into town. Dallas (Matthew McConaughey) and The Kid (Alex Pettyfer) are gone, but the rest of the crew is back, including Big Dick Richie (Joe Manganiello), Ken (Matt Bomer), Tarzan (Kevin Nash), and Tito (Adam Rodriguez). Before long, they’re on the road headed to Myrtle Beach for “The Convention.” What follows is little more than a sometimes-belabored excuse for our shirt-tearing heroes to dance and dance. And dance.

The film finds its stride during a wonderful scene set in a middle-of-nowhere convenience store featuring Manganiello’s Richie and some Backstreet Boys-flavored nostalgia. Soon after, we’re introduced to Rome, played by a top-form Jada Pinkett Smith who steals the scenes she’s in. It’s an impressively confident, empowering turn that rivals the swagger we got from McConaughey the first time out.

This sequel, as directed by Gregory Jacobs and written by Reid Carolin, is determined to give the fans the ride they want, foregoing the majority of the story and character arcs that elevated the original. The pleasant surprise then, is that this film works in its own right. In ditching structure and development, Magic Mike XXL serves as a long-form celebration of sexuality no matter the creed, color or code. The conflicts here are small, the dollar bills plenty. Certain scenes of dialogue play a bit stillborn, but these moments serve as speed-bumps towards a towering finale that allows each character a moment to shine before a final dance that’s as striking as it is seductive. Jacobs doesn’t do much with an out-of-place, glorified Donald Glover cameo and Mike’s semi-kind of-sort of-love interest Amber Heard isn’t given much to work with, but no matter. The crowds inside the film, as well as the crowds paying to see the film in theaters, want to see the boys dance. And dance they do. In general, the choreography throughout feels like a marked improvement, leading up to an exceedingly satisfying finale.

Tatum brings that natural “hey-I-know-that-kind-of-dude-in-real-life” charisma to the role inspired from his past, and shares a bit more chemistry with Heard then he did with newcomer Cody Horn in the first film. We root for Mike because we like Channing Tatum. That’s the kind of star power we talk about in the past tense. Tatum’s got it. Magic Mike XXL proves as much. Not that it needed to.