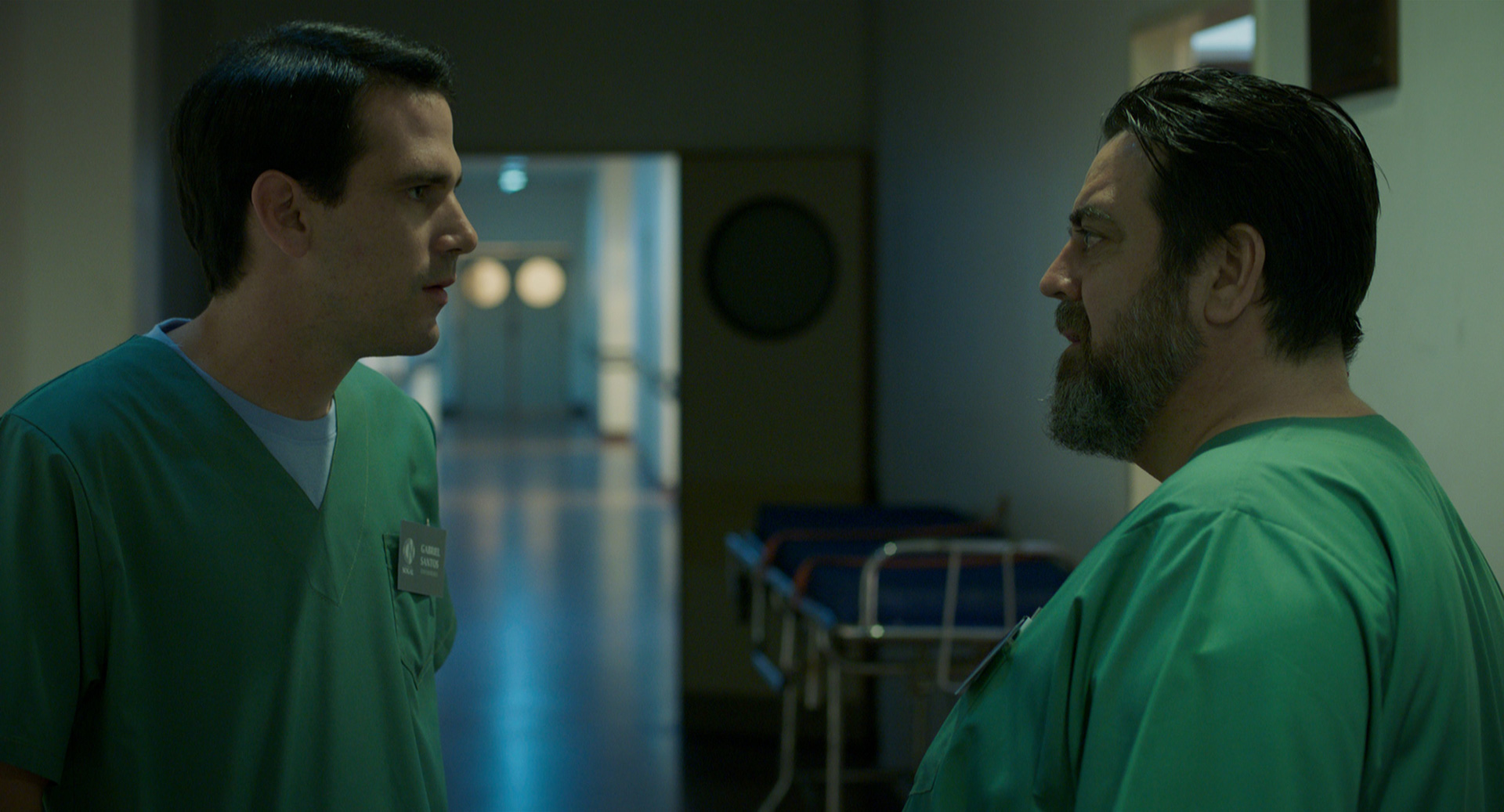 Despite being a film about euthanatizing ICU nurses at a provincial hospital in Argentina, Martín Kraut’s directorial debut La Dosis actually begins with a miraculous attempt to revive a patient after doctors declared her dead. That’s the kind of man Marcos (Carlos Portaluppi) is, though: on the job for two decades and counting, he knows when someone is beyond help and when their time has yet to arrive. He therefore grabs the paddles, shocks her two more times while everyone else looks on with confusion, and is rewarded by the beeping of her heartbeat. Was it worth it? Maybe. The doctors say it bought her another week as they decide to stop her treatment anyway. That means another week of pain.

Had Marcos let her die, we wouldn’t understand his motives when he decides to kill her himself a couple days later. We need to know that he values life and isn’t here injecting sedatives into patients to destroy it. He acts on pity. Why let someone suffer longer than they must if the only people who might be able to do something have already given up? Marcos gave that woman another chance and no one was willing to follow through with the opportunity. So why not let her go peacefully a few days early? It’s not like he’ll be doing the same to the annoying woman that denigrates him and his coworker Noelia (Lorena Vega) every time they wash her after changing her bedpan. He isn’t God.

We can’t say the same about Gabriel (Ignacio Rogers), though. While Marcos lumbers along, affected by the stress and fatigue born from the job, this young newcomer wears a smile and carries an overzealous air of friendly excitement bordering on pathological. He seems to know more than his level of experience should allow and becomes overly chummy with everyone in the hospital until it feels like he’s purposefully turning them against Marcos. If not for the fact that his good nature targets the seasoned veteran too (volunteering rides to and from work, covering shifts, etc.) we’d think it was personal. Only when we catch Gabriel putting a syringe of air into a patient’s neck do we realize the truth: he’s been deflecting attention away from his extracurricular activities.

Two men. Two euthanizers. Two vastly different motivations. Marcos knows he must say something, but how? His own dabbling with assisted suicide is suspected (if not known) enough to guarantee he ends up collateral damage from the accusation. Should he confront Gabriel in a bid to curb his appetite instead? A sociopath would only call that hypocrisy. Add the extra drama of moving apartments and banking on a promotion (the hospital’s ICU supervisor has been in a coma with little chance of recovery at another clinic) and Marcos is caught juggling too many plates. It was manageable when he had a grip on them all. Now that Gabriel has stolen control by increasing the unit’s death count (he’s not so choosy with victims), the walls start closing in.

With that claustrophobia comes paranoia and Kraut’s moment to ratchet up suspense. The nuance between killing out of pity and killing for pleasure isn’t going to save Marcos, so he remains off-kilter enough to put himself on the chopping block to receive all the blame. Say hello to the hallucinations, second-guessing, and wildly out-of-character scenes that gradually chip away at the respect and reliability he’s earned the last twenty years. Watch as his self-preservation jumps to conclusions that seem too conveniently coincidental to conjure more than a laugh from anyone with whom he dares share those findings. Things begin to progress on a rapid descent until the obvious collision-course climax unfolds with the type of narrative precision that lets us enjoy the ride despite its strings.

We’re familiar with this scenario: a young manipulator takes over the life of an older idealist with little room to fight back. If not that literal this time around, the sentiments and results are the same. The onus then falls on Kraut and his cast to captivate so that our investment in the journey overshadows our desire to hypothesize where it will take them. Both Portaluppi and Rogers are up to the task—their dynamic never quite devolves into comedy nor breaks our attention. The former’s effective portrayal of growing panic and an inability to trust that something won’t go terribly wrong behind his back allows the latter to walk the line of farce just enough to stay on the right side of creepy.

And that’s La Dosis‘ intent. It’s using a taboo topic to compare/contrast how those existing within it can be angel and/or demon. It’s not, however, trying to comment on that topic, so don’t expect a message movie. This is a genre film utilizing its subject matter as a springboard towards drama. Whether or not you agree men like Marcos should be allowed to perform euthanasia if given consent (a crucial detail Kraut isn’t necessarily interested in pursuing) doesn’t matter. Marcos might think he’s an angel and by extension better than Gabriel. But is he really? It ultimately doesn’t matter which comes out on top by the end. That we blindly label one “good” is kind of the point even if the payoff is purely entertainment, not philosophical debate.