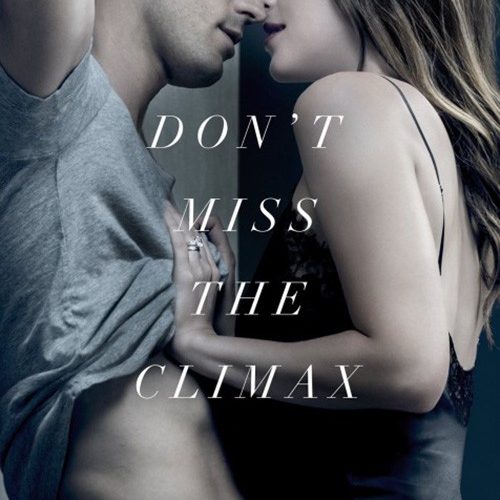 Few things seem to make men more uncomfortable than seeing women enjoy themselves. You can see it by the way in which female led films are trashed by critics, the attempts in Congress to take away women’s rights, or the faceless trolls harassing women online, and if you’ve seen any of the Fifty Shades films in a theater, you can hear it: it’s always a man who erupts into a nervous giggle when Anastasia Steele (Dakota Johnson) moans with pleasure while having sex with Christian Grey (Jamie Dornan). And while Fifty Shades Freed, like its pair of predecessors, has many laughable elements, Anastasia’s reclaiming of her well-deserved pleasure is certainly not one of them.

The final chapter in the trilogy begins with Anastasia and Christian’s wedding, the thumping bass of a pop song leading to quick cuts of aspirational porn, as the camera glides down Ana’s lace gown, the luxurious party (where we get a quick, and our only, glimpse of Jennifer Ehle) and eventually ogles the private jet where she’s off to her honeymoon. However, one of the few lines uttered in the opening sets the tone for the rest of the film. As the officiator proclaims the couple “man and wife” it’s as if Anastasia wonders why she does get a title, while Christian gets to keep his sex as his main identifier. It’s no coincidence that throughout the film she often refers to him as “husband,” or that she spends the whole film challenging him and getting off from it.

Like the two chapters before it, Freed is by no means an achievement in filmmaking or storytelling (as someone who read all three books in the span of a week, believe me there is not a lot of material to pull from there) but in both of the installments he directed, James Foley finds a saving grace in Johnson. If nothing else, the films serve as a chronology of how the actress went from ingenue to bona fide star. The camera is completely in love with her, and she knows it–in fact, she has more chemistry with the lens than she does with Dornan, who despite his incredible physique continues being as appealing as a cup of steaming noodle soup in the summer.

If we were living in different times, people would point out how Johnson’s Anastasia is a soul sister of characters played by Bette Davis, Joan Crawford, and Olivia de Havilland in classic Hollywood films; melodramas of the 40s and 50s in which these larger than life women found themselves in the middle of ludicrous plots that had them discover they had weeks to live, that if rubbed the wrong way they could become murderers, or that people were conspiring to throw them into mental institutions. Like these actresses, Johnson surrenders herself completely to the madness of the plot, which sees Anastasia become involved in kidnapping attempts, unexpected pregnancies, and of course bondage, but of which she subverts and makes her own.