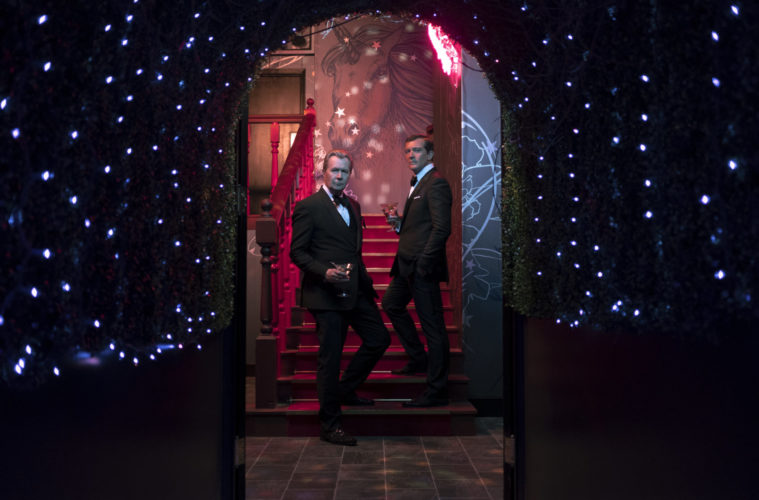 New to Streaming: ‘The Laundromat,’ ‘Stars in My Crown,’ ‘Wounds,’ ‘Sweetheart,’ and More

With 3 From Hell, Zombie is intent on ripping out those sutures, grabbing a hold of the blistered flaps made from that fresh incision, and waving a grisly tapestry that may as well have the red, white, and blue colored on the leathery skin of every casualty we’ve taken to make this country great. This is America let loose, with our violence, trauma, and psychopathy sweeping south of the border in a deluge, our arbiters wearing the indigenous garb of those we’ve already slaughtered to make bedrock. – Mike M. (full review) With only a few features, Lucrecia Martel quickly established herself as one of the most radical narrative filmmakers working today. If you only watch the first four minutes of her debut work, a darkly comic vision of a bourgeoisie family, it is immediately apparent how brazenly exciting her methods are, creating her own cinematic language to teach us how and what to watch. – Peter L. (full review)

Somewhere in a strange corner of suburbia lives two married couples: Nick (Beck Bennett) and Jill (Jocelyn DeBoer) & Lisa (Dawn Luebbe) and Dennis (Neil Casey). While the two women are constantly competing with one another, practicing a kooky version of passive-aggression, the men bop around like idiots. At one point early on, the two pairs make out for an extended period of time only to realize they’re kissing the wrong person. In another scene, a baby is gifted from one mother to another, just because. – Dan M. (full review)

Benicio Del Toro in Traffic, Julia Roberts in Erin Brockovich, Michael Douglas in Behind the Candelabra–Steven Soderbergh has directed a great many stars to career peaks and the statuettes that follow. While Meryl Streep is probably the last person in need of help with such things, her first collaboration with the shape-shifting pioneer of American independent cinema can’t help but stand out amongst her illustrious career. A new entry into the financial satire sub-genre of Soderbergh’s filmmaking (a list including The Informant!, High Flying Bird, etc.), his new movie The Laundromat is an air-tight, tumultuous cinematic infographic about our rotten-to-the-core financial systems and, in particular, the 2016 Mossack and Fonseca leak, when millions of the Panamanian law firm’s files were anonymously leaked to the press. – Rory O. (full review)

Stars in My Crown (Jacques Tourneur)

After watching nearly two-dozen Jacques Tourneur films this past winter thanks to Film at Lincoln Center’s retrospective, at the top of my favorite first-time watches was Stars in My Crown. The 1950 drama brims with humanity and a moving spirituality as we follow Joel McCrea’s preacher Josiah Gray attempting to hold the moral center of town together as he’s confronted by racist mobs and a typhoid outbreak. One of the few films that Tourneur sought out to direct himself–as compared to the many studio assignments–the passion he had for the material comes through in every beautiful frame. – Jordan R.

When Tom Hanks was stranded on an island alone in Cast Away, he got the better end of the deal than what Kiersey Clemons faces in Sweetheart. Not only must she try to survive with limited resources on a deserted island, but her character Jen must also fight for her life against a cruel, otherworldly creature. Perhaps just a touch too minimalistic as it proceeds, Sweetheart can feel held back in taking its limited conceit to more daring places, but in that sense it’s the quintessential Blumhouse production. JD Dillard’s Sleight follow-up occupies one location with little required for design and all contained within a brisk 82 minutes–each of which feature Clemons, in an immensely strong showcase for her talents. – Jordan R. (full review)

One of the biggest question marks of the year was if, in fact, the horror-thriller Wounds would make its way to screens before 2019 ends. Babak Anvari’s follow-up to Under the Shadow is now coming just in time for Halloween, but straight to Hulu. Starring Armie Hammer and Dakota Johnson as a couple whose relationship is tested after a mysterious cell phone is left behind at a local bar, I said in my review from Sundance, “If one wants to watch a sweaty, disturbed Armie Hammer wander around New Orleans as he’s haunted by a malevolent spiritual force, Wounds satisfies on those pleasurable, if undemanding expectations with its engrossing build-up. However, for those hoping that Babak Anvari’s follow-up to Under the Shadow would contain a little more substance in its frights–especially as the third act nuttiness ramps up–prepare for disappointment.”

Little Woods (review)
Toni Morrison: The Pieces I Am

Island
Shakti
My Skin, Luminous
Telling Lies in America
Inferno
A Leaf is the Sea is the Theater
Essential Killing