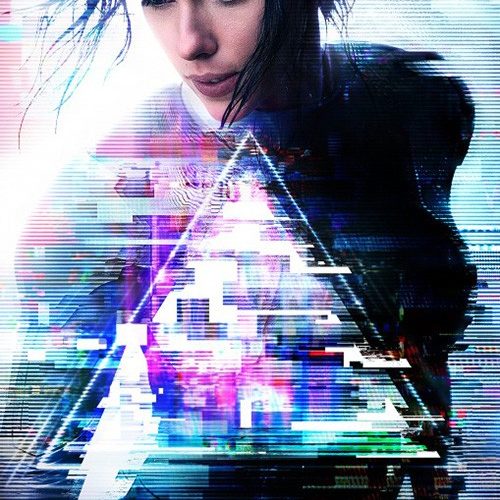 Review: ‘Ghost in the Shell’ Duplicates the Original Without Its Soul

How is it that this new live-action Ghost in the Shell has more dialogue than the anime it’s remaking but says so much less? How is it that this 2017 film’s CGI, conjured out of a hundred-million-dollar budget and presented in 3D, is so much less convincing and immersive than digital / cell animation from 1995? Why would a filmmaker, having acquired Takeshi Kitano for their movie, give him nothing to work with beyond dry-heaving exposition? This iteration of Ghost in the Shell remixes elements from the various comics, films, and TV series that have come before, but offers nothing new or interesting in doing so.

As in all versions of the story, this Ghost in the Shell follows the Major (Scarlett Johansson), a woman with a completely cybernetic body who leads the anti-terrorism unit Section 9 in a future setting wherein robotic enhancements of human bodies are commonplace. Of course, the previous Ghost refrains were set in the specifically Japanese city of Niihama, whereas this one takes place in an unnamed city in an unnamed country. Producer Steven Paul calls it an “international world,” which in practice has translated to using a ton of Asian cultural artifacts in the production design but foregrounding white people in the story. The “whitewashing,” controversial since Johansson’s casting was first announced, would deserve mention regardless of how good the movie ultimately ended up being, but the in-universe handling of the issue is dismal. (There are spoilers from here on.) The Major believes her name to be “Mira Killian,” and that her brain was placed in its robotic body after a terrorist attack on a boat she was taking as a refugee. In truth, she was one of many runaways abducted by a robotics corporation for experimentation, her memories of an old life suppressed and dismissed as “glitches.” Moreover, she was a Japanese runaway named Motoko Kusanagi – the Major’s name in all the other comics, films, TV shows, etc. It turns out that all the film’s publicity dodging the question of just what character Johansson is playing was a feint to conceal this twist.

On a meta level, Ghost in the Shell almost analyzes itself. Here we have a heartless corporation literally erasing a young woman’s identity to use her to its own ends, replacing all signifiers of her born heritage, including her name, with blankness – with whiteness. If the critique of Hollywood treatment of Asians were intentional, this could very well be thought-provoking. If the movie used this to interrogate race as a construct the way previous GitSes did identity, memory, and gender, then it could be part of an audacious vanguard with Get Out in contemporary mainstream cinema tackling such topics.

But the Major, while infuriated by the revelation of her past, demonstrates no reaction to her race change. Nor does anyone even comment on it — not even Motoko’s own mother. There is a lot of pontificating on the nature of lived experience as it relates to one’s identity, but no acknowledgement of how race plays into said experience. But then this “international world” is in fact the post-racial world Hollywood often dreams up, where a “diverse” supporting cast is seen as free license to not talk about race at all. The Major presumably has no thoughts on her race change because she experiences no lived-in difference between the way she’s treated as Asian and white. That’s a bigger fantasy than anything involving androids. (It’s worth noting here that various storylines in the Japanese-set Ghost in the Shell franchise have incorporated issues involving different ethnic groups, and that said stories are built on the specificity in how Masamune and later adapters constructed its future world, instead of the vaguesian backdrop of this new film.)

The way the script approaches the familiar elements of Ghost in the Shell is also rather illuminating on Hollywood storytelling convention. In the original, the Major’s all-artificial body is uncommon but hardly unique. Here, she’s the first of her kind, vastly important to the film’s universe and the central focus of the plot. Contrast this to the original, where she’s just one cop doing her job who comes to understand her antagonist in a way she never expected. There, too, her body represented a possible direction for all of humanity to take, but this was merely an implication, and not something that made her a “chosen one.” 1995’s Ghost in the Shell has plenty of philosophical talk, but it also uses its visuals and what goes unsaid to spur the viewer to ask even more questions on their own. The Major’s past was an enigma there as well, but that’s because it was never addressed at all instead of fixated upon, which actually enhanced her mystery and better helped the audience understand her ambivalence over her identity. This Ghost in the Shell confuses an obsession with individualism with the question of personal identity, which is far and away the most American thing about it.

But say you don’t care about a movie’s thematic bent, or how “problematic” it is, and just want a solid sci-fi action flick. In that case, you’d still be better-served watching the original, which remains a visual stunner. This film, while following a new plot, still contorts itself to adapt most of the memorable action sequences from the 1995 film – a spectacularly bad idea, as the contrast is not flattering. The original’s attention to the details of movement, battle tactics, and rhythms of lulls and surges in action sharpen the generic nature of this movie’s senseless flash-bang fighting.

Worse, this Ghost in the Shell is excruciatingly dull. It sails through (again, terrible-looking) CG landscapes, mistaking busyness for a convincing constructed universe. There’s zero sense of what this nameless city is like as a society; it’s nothing but warmed-over Blade Runner imitation. (Recall that the 1995 Ghost in the Shell was also influenced by Blade Runner, but took it as but one inspiration in its art direction.) The original film did what all wise sci-fi and fantasy works do, trusting the audience to infer more about its world than what it explicitly told them by giving them meaningful details. This is the kind of movie that presents a chyron telling us that we’re looking at the headquarters of a corporation, even though the corporation’s name is plainly visible on the building’s façade.

In the midst of all this is Johansson, whose continued exploration of posthuman roles is perhaps the solely interesting thing about this movie, even with the wrinkle of whitewashing. And as always, her physicality is precise – she measures out stiffness and emotional nuance in just the right amounts. She truly moves as if alienated from her own body. The camera doesn’t pay attention to what she’s doing nearly enough, though.

Hollywood tried to transplant the ghost of this series into a new shell, and the result asserts the old moral that what one does is what defines them, not memory or appearance. In doing so with such little craft or thought, the movie accidentally indicts itself. The ghost of Ghost in the Shell has not in fact been successfully re-shelled. It’s been dubbed poorly into a knockoff, an uncanny being that superficially resembles the original but, in truth, shares little of its spirit.

Ghost in the Shell opens on Friday, March 31.