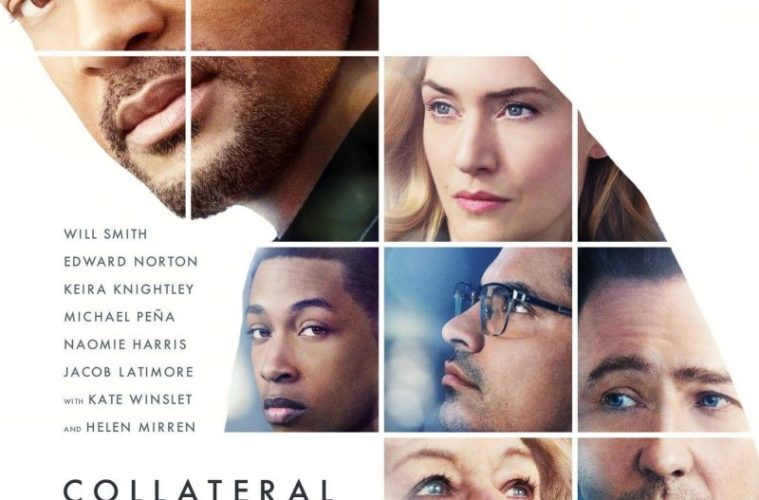 Collateral Beauty is soggy garbage intended to make you cry, but it’s so clumsy in its manipulations that you almost feel sorry for it, the way you would if you realized the mugger trying to take your money was holding a fake knife and was actually two kids in a trench coat. You thought this would work? You would think. Bless your dumb heart.

It’s the story of Howard (Will Smith), the head of an advertising agency, who has been a depressed zombie since the death of his daughter two years ago. His business partners — who are also his best friends; it’s important for you to remember that — can’t get him to engage in the business anymore, and they’re losing clients. They want him to sell the company before it goes under, but he refuses to discuss it, or anything else. He just stands in his office all day, looking forlorn as he constructs elaborate domino chains and knocks them over. He’s a living metaphor.

Howard’s partners (and friends) are Whit (Edward Norton), who’s just gone through a messy divorce; Claire (Kate Winslet), whose biological clock is ticking; and Simon (Michael Peña), who’s got a bit of the ol’ cancer but isn’t telling anyone. They hire a private investigator (Ann Dowd) to tail Howard and see how he’s spending his time away from his dominos, and thereby discover that he has sent letters addressed to Death, Love, and Time. (Mail fraud is involved.) It seems Howard is angry with all three abstract concepts and has expressed his dissatisfaction in writing.

Howard’s partner-friends then hit upon this brilliant idea: they will hire actors to play Death, Love, and Time and appear to Howard in response to his letters. Howard will think he is going crazy, especially if it’s coordinated so that any witnesses pretend not to see the actors. Even better, they’ll get the P.I. to surreptitiously film the encounters, then digitally remove the actors so it looks like Howard is talking to himself. This will prove to the board that Howard is mentally incompetent, and they’ll be able to sell the company without his approval.

(Let me pause to remind you of two things:

1. These are not ruthless businesspeople but Howard’s best friends.

Each friend works with a different actor, and each actor’s role coincides with the personal issues that friend is having. So Love (Keira Knightley) is tutored by bitter Whit, Time (Jacob Latimore) gives advice to Claire, and Death (Helen Mirren) counsels cancerous Simon. Sprinkled throughout the film are vague hints of mysticism, as if all of this is happening according to the Universe’s plan. But that notion is as poorly thought-out as the rest of the movie’s notions, which come from the addled mind of screenwriter Allan Loeb (The Dilemma, Just Go with It).

Someone will occasionally express misgivings about the outrageously cruel and misguided plan, but never enough to talk the others out of doing it. Though these characters are supposedly educated, upscale professionals, they generally behave like intellectually incurious morons who can’t see the world beyond their stupid noses, and even the most talented actors among them can’t elevate the shallow material. Director David Frankel (Marley & Me, Hope Springs) films it all with a glossy sheen, as though it were a sunny rom-com rather than a rumination on grief. What were he, Loeb, and everyone else thinking when they embarked on this project? What would the good version of this premise looked like? These are the questions I will ask in my sternly worded letter to Cinema.