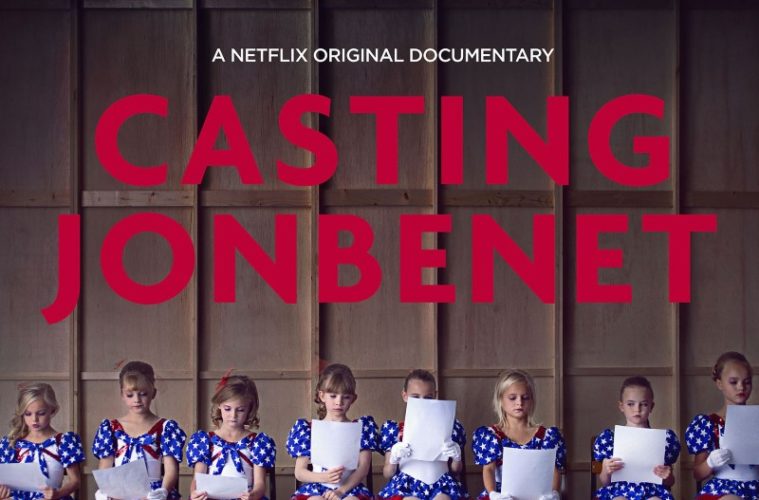 When it comes to documentary filmmaking, the issue of perspective is often of paramount importance. A great deal of sensitivity and tact is required in telling any true story, especially one as fraught and horrifying as the unsolved murder of JonBenét Ramsey, the six-year-old pageant queen who was murdered in 1996 in Boulder, Colorado. Kitty Green opts for a peculiar and altogether unsettling approach in her new documentary Casting JonBenet, one that utilizes a wide canvas of perspectives to approach some measure of understanding. Like a great deal of worthwhile documentaries, it offers numerous suggestions without ever providing any concrete answers, and leaves the viewer to sift through the evidence, so to speak.

Said evidence is provided by various actors — mostly consisting of Boulder residents — who are ostensibly auditioning for a filmed reproduction of the murder and unsolved investigation. This ersatz movie is, as may be surmised, a mere pretense to shoot this footage of interviews and recreations. Almost certainly unintentionally, Green’s central gambit bears a marked similarity to the premise of last year’s documentary Kate Plays Christine, directed by Robert Greene. But while that truly provocative film used only a single actress (Kate Lyn Sheil) and functioned as a study of an actor turned meditation on the ethics of depiction, Casting JonBenet situates itself among no less than sixty-seven credited auditionees in seven different roles and in less highfalutin goals. These characters include various family members, a police chief, a prime suspect, a suspicious mall Santa, and, of course, JonBenét herself.

Perhaps ironically, JonBenét is the only role not subjected to the procedure of Kitty Green’s method of documentary storytelling (hers is the only part for which there are no extended interviews). For the majority of the movie, the actors are brought in for auditions and, in response to questions from an unseen and unheard interlocutor, espouse their feelings on the murder, discuss any personal connections to the Ramseys or trauma as a whole, and, most crucially it seems, dissect the issue of who really killed JonBenét. For the most part, Green focuses on the actors who are auditioning for the parts of JonBenét’s parents and the most suspected culprits in the murder, John and Patsy, and frequently cuts back and forth between performers in various roles with a keen sense of flow.

In between all of this, Green intersperses with increasing frequency reenactments from the supposed film-within-a-film, shot in a 2.35:1 ratio, in sharp contrast to the 4:3 ratio used for all of the interviews and the actual auditions. These are by-and-large the weakest parts of Casting JonBenet, leaning into an frustratingly bland and overly serious aesthetic — all portentous camera angles and darkened color grading — that clashes with the surprisingly confrontational effect of the interviews, which are shot entirely straight-on. These blatantly fictional sequences, which occupy a small but significant amount of screen-time, are ultimately justified by the immensely self-reflexive and disconcerting finale, which takes the notions of constructed sets and multiple actors in the same role to their logical extremes, in a way that feels emotional rather than showy.

To return to the idea of perspective, it is fascinating to see the way in which Green forms an almost analytical view of the crime and the witnesses (all from afar; no people actually involved with the investigation are interviewed). There is never a sense that she is trying to push one idea of who committed the crime, frequently presenting subjects who contradict the person that came before. Rather, she is attempting to construct a mosaic of views, in a fraught attempt to find truth by consensus. The effect works to some degree: there is a fairly concrete sense of feeling about the murder as a collective, regardless of the various neuroses and crackpot theories willingly expressed by more than a few of them.

But nevertheless, Casting JonBenet remains troubling, and not just for the obvious concerns regarding the extensive discussion of the killing of a child. For all of the technical skill of the production (and the general lack thereof among the actors), there is a sense of hollowness, as if Green’s insistence on examining each performer under a microscope robs both the actor and the person they are portraying of their humanity. The use of repetition in audition line-readings and actions is uncanny, and the way in which the movie moves with fluidity between actors smooths over quite a bit of the individuality and quirks that make the players who they are. It is no accident that the best scenes are the extended moments, where a single subject is allowed to talk about what drives and still haunts them, whether it be a moment of abuse or a memory of death, that seems to cut to the core of the horrendous act around which the film revolves. Certainly, it feels far more effective than any amount of ultimately futile musing.

Casting JonBenet is now in limited release and on Netflix.