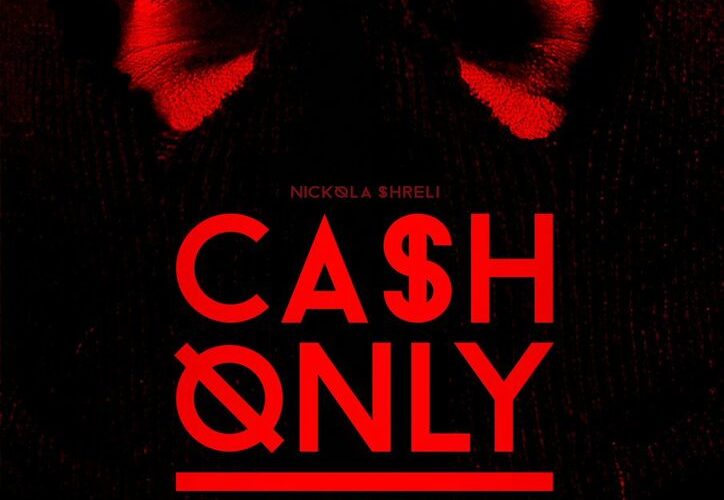 An arson insurance scam attempt gone tragically wrong leaves low-rent criminal Elvis Martini (Nickola Shreli) with little to hold onto besides his young daughter Lena (Ava Simony) in Cash Only. Unfortunately, he also has little to provide her despite two years having passed since the incident. Money woes mount as Albanian bookies who’ve given him the benefit of the doubt for too long seek what’s owed and the bank threatens to foreclose on his five-unit apartment complex—his only means of income (when his tenants pay). He and Lena have four weeks to procure funds before they’re on the streets so the drive to squeeze his squatters for rent intensifies until Elvis’ surveillance cameras expose how one resident is stashing more than enough cash to ease his struggle for good. You’d think one petty criminal would know that stealing from another inevitably means the bigger, badder person behind the victim will eventually come out of the woodwork to reclaim what’s his, but Elvis only sees an relief. Suddenly he’s in debt to someone he doesn’t know and can’t predict. His head firmly placed on a swivel while the evicted tenant Rolexa (Maia Noni) is nowhere to be found, Elvis gets his gun out and waits for his worst nightmare to ensue. Dino’s (Stivi Paskoski) clock for retribution is twenty-four hours long and his fee is an even twenty-five grand. Elvis only has those he’s interacted with during the film’s first act to help. Some comply, others don’t. But he’s beyond too desperate to take “No” for an answer.

The film’s construction is an intriguing one in that its central conflict doesn’t arrive until halfway through. Everything that comes before sets up Elvis’ difficult yet manageable life while everything after exposes exactly what that life provides to escape his horror. Set in Detroit on the outskirts of the Albanian underworld, Shreli’s script (the actor took it upon himself to create a starring role when Hollywood proved ill-suited to the task) very consciously shows the bond to that world no matter how lost Elvis is within it. His cousin Agroni (Herion Mustafaraj) moans about too many favors, Pete’s (Ele Bardha) police officer in the pocket of Detroit’s Albanian godfather busts his balls, and Leka (Arian Camaj) is a deadbeat tenant. When push comes to shove, though, they have his back. As for his “friends”—they’re a different matter. Some like Lula (Djelina Berishaj) will do anything to protect Lena. Some like basement dwelling pot grower Kush (Malik Bader, who also directs) have reason to lack the necessary trust to be on Elvis’ side. After all, this derelict landlord is hardly a good guy. Elvis is sleeping with another man’s fiancé (Danijela Stajnfeld‘s Blerta), isn’t above stealing money that’s not his, and was responsible for at least one death that we know. It doesn’t take long to realize the goodwill provided him is cultivated by the memory of his wife and the future of his daughter. Elvis himself could be left to rot without any of them really minding. He has literally earned everything coming his way.

This doesn’t mean we don’t like him, though. He’s charismatic, has a good heart when given the opportunity, and tries in his own inefficient idea of work ethic. We should despise him for what he’s done, but Lena needs a father and by extension we hope he’ll come around. Because his actions aren’t easy to forget, consequences are unavoidable when things go sideways enough for him to turn to those he may not have treated especially well in the past. The irony of the whole situation is that he must become a sleazebag to do right. He has to con a slew of unsuspecting strangers while simultaneously hitting rock bottom to prove Lena is all that matters. He’ll die as long as her safety is secured. It’s a role full of guilt, vulnerability, and rage. Shreli embodies Elvis’ penchant for screwing up and letting his guard down at the very moment he can’t. There is compassion inside him, but sometimes survival instincts kick in so he can do what his heart knows is wrong. He’s far from the sharpest tool in the shed considering what got him in this predicament, but he knows the streets and his boundaries as far as doing bad things for good reasons. Mistakes are made and the ensuing chaos continuously spirals out of control, but we align ourselves to his cause and support his deceit to succeed. He’s far from a hero and honestly doesn’t have to be breathing by the end; he just has to protect Lena.

The whole is dark in reaching this goal with good reason thanks to the environment Shreli and Bader play in, but there’s enough humor to keep things from becoming too dire. Much of this is a result of Bader’s wildly unpredictable Kush and Mustafaraj’s old school Agroni simply wanting to be left alone. Elvis knows exactly how to rile both up (the latter with the help of Daniel Ross‘ Chad) for authentic laughter. Even Paskoski joins the fun with a malicious performance oozing psychopathic cliché seen from countless other gangster flicks before going completely off the reservation for a blood-filled climax able to taint even the happiest of potential endings. This is kind of Cash Only in a nutshell: familiar yet effective, straightforward yet unapologetic.

Cash Only hits VOD and select theaters on Friday, May 13th.