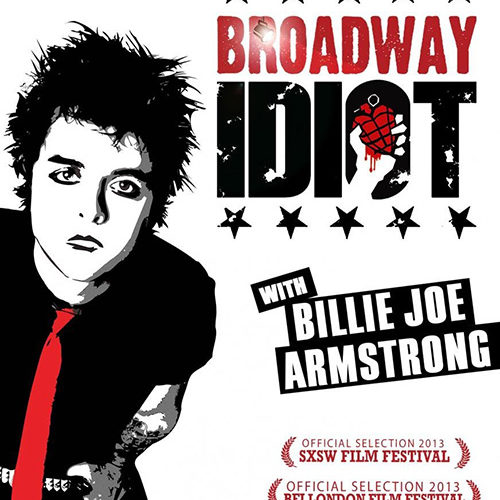 I remember picking up Green Day’s American Idiot with trepidation in 2004. Dookie is, without a doubt, a classic, while Insomniac proved to be a worthy follow-up to its greatness. Nimrod came with a few good tracks, but Warning possessed all the mainstream earmarks to earn the dreaded “sell-out” chant by fans of a once prominent punk rock band turning soft. (If you ask true blue punks from the 70s, they never were “punk rock” anyway.) But the edge of their new release’s titular single held promise and earned my hard-earned cash to hear more. It only took less than half of track number two’s nine-minutes—“Jesus of Suburbia”—to prove the band had been reborn with a vengeance. They were firing on all cylinders, writing in response to a shaky time in American history while speaking to the newest generation of disenfranchised youths most assume can only be understood by their peers. Just because lead singer Billie Joe Armstrong was 34 at the time, didn’t mean he hadn’t experienced the same chaotic roller coaster that’s been lived by lost children since the beginning of time. It was an album composed from the heart about his need to leave home behind, the death of his father, and the perils of becoming an adult way before he was ready. These were universal feelings an angry country could relate to and discover they weren’t alone. American Idiot was a wake-up call to see the stark reality outside our windows and do something about it.

It’s a concept album with repeated motifs and lyrical cohesion telling a story about an antihero freedom fighter discovering his identity in the aftermath of a personal struggle between the light and darkness of his soul. Sounds like material primed for a Broadway debut of guitar riffs, sex, drugs, and war to me, right? It did to the Tony Award-winning director Michael Mayer of Spring Awakening fame. But how does he pitch the idea to Billie Joe, Mike Dirnt, and Tré Cool? What could he say to a currently touring band with a new album to make them pause and get onboard with a concept so outside the box even he wondered if it was insane? And even if they said yes, how do you turn a singular voice into a multi-character show that does the source justice? Thanks to documentarian Doug Hamilton, those questions and more are answered in a feature-length account of the journey entitled Broadway Idiot. With unfettered access throughout the pitch phase, rehearsals before the band gives their ok, and rehearsals afterwards for a Berkley Repertory Theatre, opening to the whirlwind of emotions that lead to a cast recording of “21 Guns,” a Grammy performance, and a Broadway pick-up at St. James Theatre in New York, we get to witness firsthand all the trials and tribulations that go into the creation of a musical. Or at least we would have if any presented themselves because this must have been one of the easiest germination periods for a Tony nominated show in history. Honestly, from Green Day’s stamp of approval to opening curtain, this thing was smooth sailing.

Without any blow-ups or diva tantrums, though, is there really any point to the film? Even Hamilton writes in the press notes that Armstrong’s and Mayer’s “creative generosity was impressive but ultimately frustrating” in terms of finding a compelling narrative. The bulk of the film therefore becomes limited to a self-congratulatory pat-on-the-back documentation for cast and crew. Thankfully, though, Armstrong’s candor rises above the technical ins and outs as we watch his expression while seeing the most personal songs he’d ever written finding their way on stage, in front of an audience they might never have reached otherwise. It’s his accessibility—despite being a very private celebrity—that kept my interest, whether hearing about his inspiration or catching home video performances singing sans Joe Strummer swagger as a kid in 1983. Broadway Idiot parallels Armstrong’s renaissance as a man yearning to make new friends in a collaborative effort willing to take risks outside the rock industry’s stifling rigidity with a rather in-depth look at the lengthy undertaking necessary in creating a show worthy of the Broadway label. The latter portion introduces us to many first-timers hoping to live their dreams in New York City as they work through creative choices and learn dance moves; Mayer, music supervisor Tom Kitt, and choreographer Steven Hoggett flesh out a coherent story; and set designer Christine Jones crafts a minimalistic yet multifaceted stage on which to perform. Some moves are scrapped, at least one actor is replaced, and Armstrong provides input on tempos while basking in the once in a lifetime opportunity to see his baby live again.

The play’s lead trio of John Gallagher Jr. (Johnny), Stark Sands (Tunny), and Michael Esper (Will) join female counterparts Rebecca Naomi Jones (Whatshername), Christina Sajous (The Extraordinary Girl), and Mary Faber (Heather) as well as badass St. Jimmy (Tony Vincent) to speak briefly about their opportunity and to sing their hearts out. They’re each shown with a wide smile and close-knit camaraderie with one another, Mayer, and Armstrong that they’re quick to admit. Billie Joe’s wife Adrienne is seen in the background often, he is caught with tears in his eyes multiple times, and Mayer and company do their best to explain every advancing step forward. And despite it ultimately being a glorified behind-the-scenes feature, it’s easy to get excited and hope the American Idiot traveling company has your city on its tour.

Broadway Idiot is now in limited release and on VOD.