Review: ‘August at Akiko’s’ is a Whimsical, Hawaii-Set Tale of Belonging 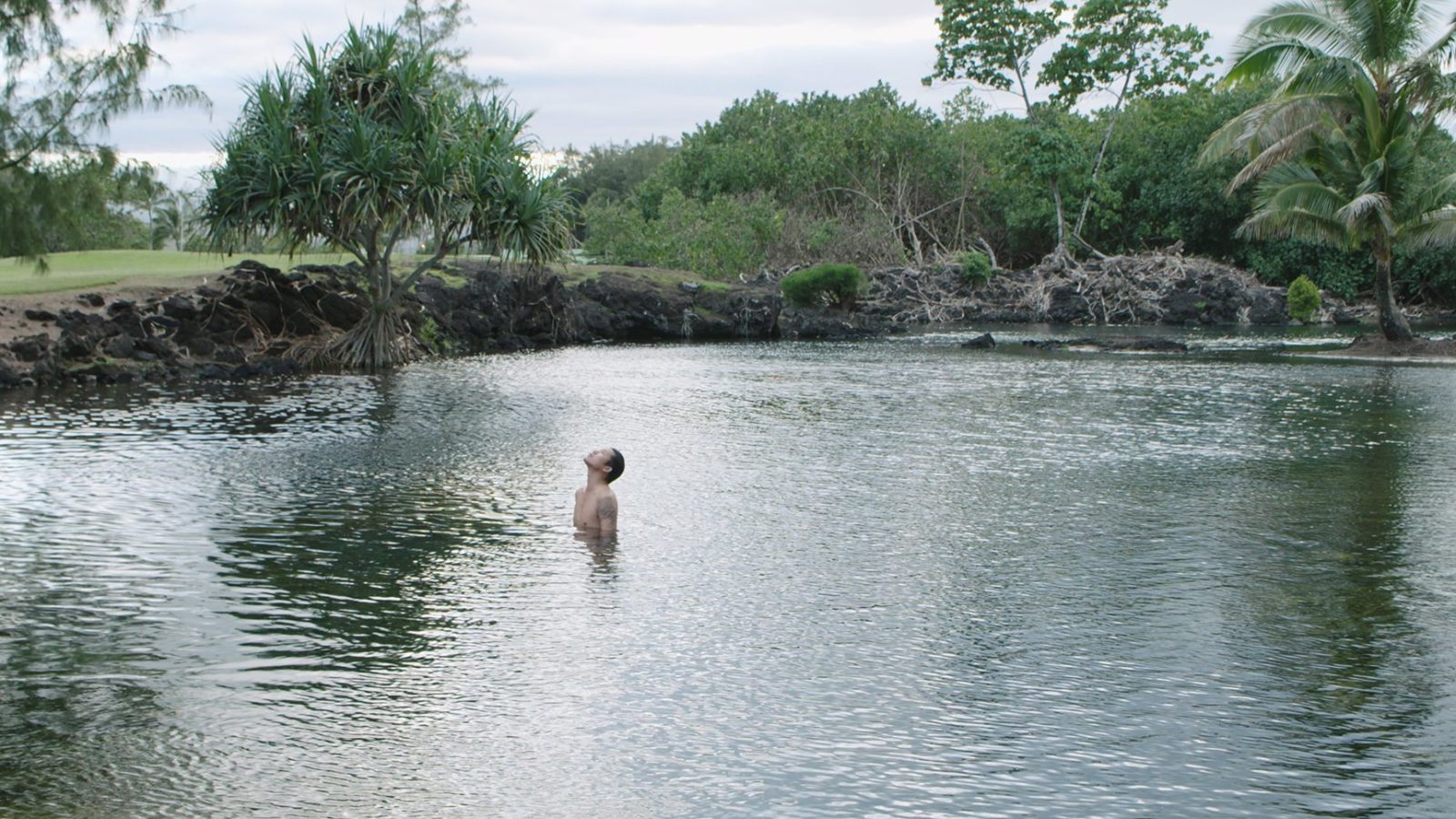 Akiko’s Buddhist hostel has a message for its visitors, a laminated card sitting on a window sill: “Leave no trace, no face. In fact, leave only a presence, a feeling that for a moment you loved a place so deeply that both you and the place were transformed, and both became more beautiful, more natural and inseparably one.” Christopher Makoto Yogi’s engrossing debut feature August at Akiko’s heeds the call, and conjures up engrossing and delicate rumination on belonging. It is a film of presences in the twofold sense that it both zeroes in on a young man coming to terms with the impermanence of his own existence, and it unfurls as a whimsical reverie seemingly shot from the perspective of people who may have become presences already–the spirits of the late inhabitants of a Hawaiian locale luckily spared from the asphyxiating postcard looks of so many other island-set Hollywood blockbusters.

Returning to his native Hawaiian turf only to realize nothing about it is homely or familiar anymore is 36-year-old modern-jazz saxophonist Alex (Alex Zhang Hungtai, here embodying a fictionalized version of his music persona, Dirty Beaches). Estranged from the island for so long he’s never been told both his grandparents passed, the young man aimlessly drifts with no return flight scheduled, and nowhere to go. That is at least until he finds lodging at a Buddhist hostel owned by the eponymous Akiko (Akiko Matsuda, playing herself), a seventy-something Hawaiian of Japanese descent who darts a suspicious stare at Alex’s saxophone before warning him, “This is a quiet place. Not much goes on here.”

The dissonance between Akiko and Alex may well play out most explicitly at a musical level–Alex’s raucous and unhinged jazz offers a stark contrast to the white noise that reverberates around Akiko’s hostel, the morning rain’s gentle sizzle interrupted by her bell tolling and adding an oneiric aura to the meditation and yoga sessions she conducts with her guests. But a far deeper dichotomy between host and guest is one of different worldviews, of opposite modes of being in the world. It’s a clash between someone who’s unmistakably in synch with her surroundings and heritage, versus someone whose restless drifting seems to have shattered all hopes of clinging on to an identity or place.

Zhang Hungtai offers a gorgeously understated performance as the laconic, pensive Alex, the Taiwanese-Canadian musician’s becalmed aura as magnetic when the man is at his saxophone as it is when he quietly meanders in and out of dreamlike visions that echo an Apichatpong Weerasethakul-esque magical realism. It takes a whopping 28 minutes for his luminous face to earn a first close-up. Until then, he protrudes into frame as a distant silhouette, awkwardly taller than any other person around him, and beguilingly tiny when standing opposite the giant trees paving the way to the rainforest. Leaving the camera inside empty rooms and corridors, long after all characters have left them, dons Eunsoo Cho’s cinematography a perturbing observational quality. It’s a disquieting feeling accentuated by nearly imperceptible panning that seems to embody the point-of-view of previous guests–invisible spirits whom Akiko still treats as tangible entities and invites Alex to do the same.

More an episodic collection of journal entries than your textbook, three-act plot, August at Akiko’s thrives on Makoto Yogi’s exquisite flair for details. There is a Claire Denis-like quality in the way rituals are celebrated, dissected and captured onscreen, scenes where small-scale gestures like an impromptu dance or an apnea training take on a symbolically rich meaning. Pitted against a whole cacophony of Hollywood blockbusters for which Hawaii has, by and large, served as the quintessentially exotic picture-perfect paradise, here’s a quietly epic dream of a movie that whispers and lulls you into a mesmeric locale and a friendship between two people who shared a few weeks within it. Much like that placard had encouraged Akiko’s guests, their union becomes more beautiful and inseparable along the way.

August at Akiko’s makes its New York premiere on May 22 at Film at Lincoln Center.