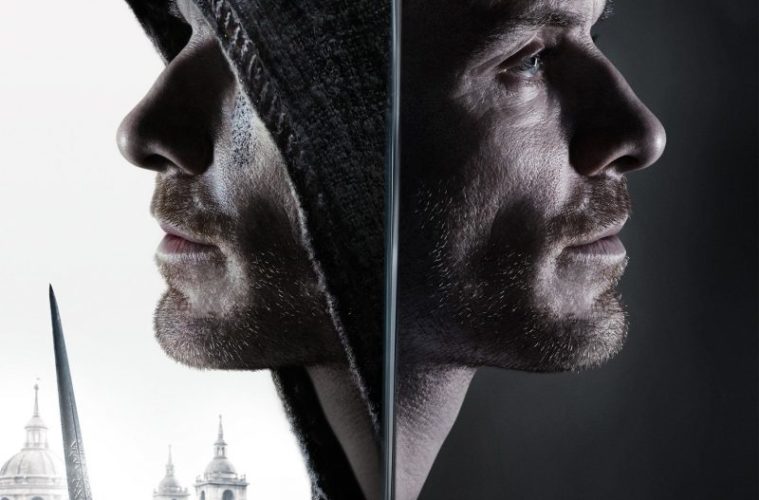 Over three-dozen times has Hollywood tried their hand at the videogame adaptation, and the results, to say the least, have left much to be desired. Perhaps it’s the lack of venerable source material, but translating the entertainment factor of videogames — an experience in which the user often repeatedly fails until some enjoyment is ultimately had — has most adaptations feeling like one is watching characters play in God mode, making most big-screen attempts come across as dull, live-action cut-scenes. Enter Macbeth and Snowtown director Justin Kurzel, who brings perhaps the best visual eye yet for a videogame adaptation (apologies, Paul W.S. Anderson defenders), along with one of the finest ensembles. Despite this talent, Assassin’s Creed bears a jumbled narrative and self-serious approach that ends up feeling far too assaultive on the senses without any genuine pay-off.

Michael Fassbender portrays Callum Lynch, a criminal on death row who, after a lethal injection, is presumed dead and brought to Abstergo Industries. Also part of the Macbeth reunion is Marion Cotillard as Sophia Rikkin, the lead scientist of the company run by her father, Alan (Jeremy Irons). They believe that “violence is a disease” that can be cured if they discover the apple of Eden. Through a device called the Animus (think virtual reality if invented by mad scientists), Lynch is able to access his genetic memory and, in doing so, is put into the shoes of his ancestor, Aguilar de Nerha, a 15th-century Spaniard assassin who battles his way through many baddies to discover where this apple may be in the present day. (The less you question the plot, the better your experience will be.)

On a shot-by-shot basis, Kurzel and cinematographer Adam Arkapaw bring a visual weight mostly absent from today’s blockbusters. Their eye for framing is impeccable, as is their ability to concoct a bleak palette — not a surprise if you’ve seen their past work — and, most importantly, they always know when to capture Fassbender’s stoic face at the most flattering of angles. One particular sequences is one of the better translations of the videogame experience as Lynch and fellow assassin Maria (Ariane Labed) hop, skip, and jump around Spanish rooftops as they evade and / or take out baddies. There’s even a setpiece dedicated to The Leap of Faith, although not fully conveying the console experience in that it’s missing a sequence in which our lead gets caught in a stealth section, jumps the wrong way, and dies.

As scripted by Exodus: Gods and Kings duo Adam Cooper and Bill Collage (with help from Macbeth’s Michael Lesslie), Assassin’s Creed attempts to grasp at potentially compelling themes — nature vs nurture as it relates to a proclivity for violence — but it’s conveyed in the most rudimentary of ways, coming across as window dressing that’s prolonging a return to the action. Despite the presence of a MacGuffin driving things forward — the apple of Eden, which can somehow change the world (this is never explained) — most of the plot is relegated to the physical torment of Fassbender’s Lynch as he undergoes a strenuous medical procedure day after day. Despite the actor giving it his all — has he ever not? — his character is such a blank slate that the journey fails to prove fulfilling.

Kurzel’s bleak, brevity-free style did wonders for Snowtown, for it matched the uncompromising material, and was used to an enveloping effect with Macbeth, but he mistakenly treats Assassin’s Creed as Shakespeare. Along with Jed Kurzel’s booming, drum-heavy score and pulverizing sound design, every scene is conveyed as if it’s the most significant thing to ever grace a cinema screen. This how-dare-you-not-be-amazed approach keeps one’s attention, but there’s eventually a dulling effect, as if Kurzel has beaten your visual and aural senses into a pulp until you concede to defeat. It’s telling that a single line from Fassbender, in which he tries to reconcile the absurdity of what’s happening around him, is the film’s most entertaining moment. This scene also employs a PG-13 film’s sole, sacred F-bomb per the MPAA, an organization that permits numerous bloody throat-slittings and shankings here.

If a videogame movie’s primary purpose is to drive attention and sales back to their console franchises, Assassin’s Creed represents a welcome new benchmark for formal authority in the genre. But if they are attempting to translate the main reason one picks a controller — the sheer fun of the experience — it’s rarely been this hostile. On paper, the plot of Assassin’s Creed is insanely goofy, but you’d never know it when executed with this much self-importance.