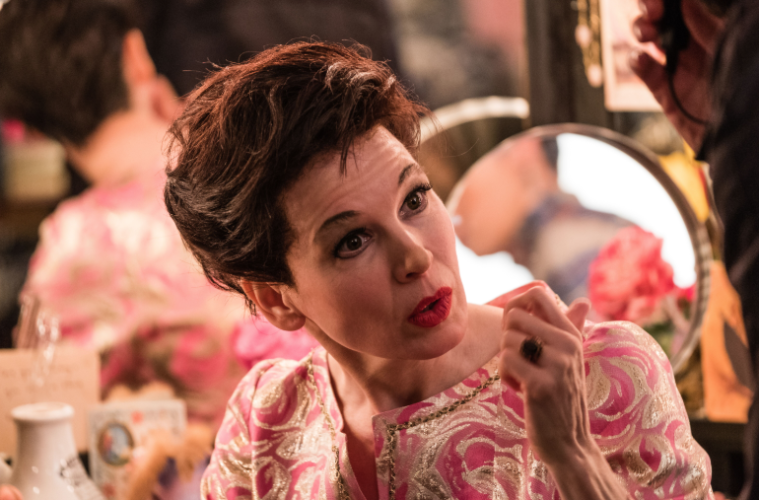 Renée Zellweger is Judy Garland in First Trailer for Biopic

Academy Award winner Renée Zellweger is making a major return to the big screen this fall, playing none other then Hollywood icon Judy Garland. Based on the play End of the Rainbow by Peter Quilter, Judy details the final days of Garland’s life while performing at a residency in London’s infamous Talk of the Town.

Her children (played by Game of Thrones star Bella Ramsey, among others) and much-younger fiancé Mickey Deans (Finn Wittrock) are shown throughout the trailer while Zellweger gently croons Garland’s classic “Somewhere Over The Rainbow.” Directed by Rupert Goold (True Story), Judy is currently slated for a United Kingdom release on August 4 and a United States debut on September 27, which makes it seems primed for TIFF.

Winter 1968 and showbiz legend Judy Garland arrives in Swinging London to perform a five-week sold-out run at The Talk of the Town. It is 30 years since she shot to global stardom in The Wizard of Oz, but if her voice has weakened, its dramatic intensity has only grown. As she prepares for the show, battles with management, charms musicians and reminisces with friends and adoring fans, her wit and warmth shine through. Even her dreams of love seem undimmed as she embarks on a whirlwind romance with Mickey Deans, her soon-to-be fifth husband. Featuring some of her best-known songs, the film celebrates the voice, the capacity for love, and the sheer pizzazz of “the world’s greatest entertainer.”