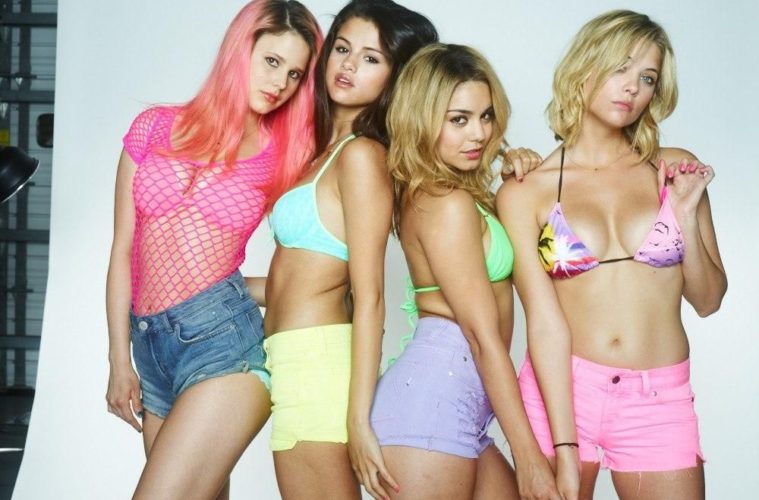 With all the guns, bikinis and general wildness occupying the first two trailers for Harmony Korine‘s Spring Breakers, no one exactly needed to be swayed with an red band version, but one has popped up to show you some of the rougher parts around the edges. While still taking the some structure as our previous look, this one doesn’t add any addition nudity or violence, rather popping in a few swear words and exchanging some shots to feature a more menacing gangster James Franco, among other things. Still, it’s endorsement this is going to be one crazy ride.

Also starring Selena Gomez and Vanessa Hudgens, back at Toronto last fall we said the film doesn’t indicate Korine is straying away from his odd style, rather he’s crafted a “tone poem on the emotions of youthful idiocy,” one that “penetrates the evil and melancholy lurking under pop surfaces to a point of terror and unbridled entertainment.” Check out the new trailer, which includes French subtitles, below.