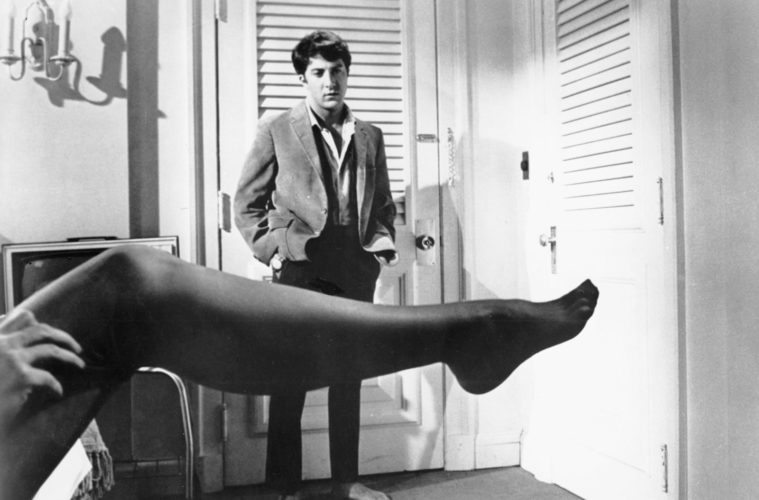 Recommended Discs & Deals of the Week: ‘The Graduate,’ ‘Spotlight,’ ‘The Big Sleep,’ and More L.A. private eye Philip Marlowe (Humphrey Bogart) takes on a blackmail case…and follows a trail peopled with murderers, pornographers, nightclub rogues, the spoiled rich and more. Raymond Chandler‘s legendary gumshoe solves it in hard-boiled style – and style is what The Big Sleep is all about. Director Howard Hawks serves up snappy character encounters (particularly those of Bogart and Lauren Bacall), brisk pace and atmosphere galore. This Blu-ray doubles your pleasure, offering two versions of this whodunit supreme: the familiar 1946 theatrical version, full of reshot scenes of incendiary Bogart/Bacall chemistry, and the less-familiar 1945 prerelease version, as a special feature, whose plot and resolution are more linear in fashion. – Official Synopsis

One of the most beloved American films of all time, The Graduate earned Mike Nichols a best director Oscar, brought the music of Simon & Garfunkel to a wider audience, and introduced the world to a young actor named Dustin Hoffman. Benjamin Braddock (Hoffman) has just finished college and is already lost in a sea of confusion and barely contained angst when he becomes sexually involved with a friend of his parents’, the indomitable Mrs. Robinson (Anne Bancroft), before turning his attention to her college-age daughter (Katharine Ross). Visually imaginative and impeccably acted, with a clever, endlessly quotable script by Buck Henry (based on the novel by Charles Webb), The Graduate had the kind of cultural impact that comes along only once in a generation. – Criterion.com

A hurricane swells outside, but it’s nothing compared to the storm within the hotel at Key Largo. There, sadistic mobster Johnny Rocco (Edward G. Robinson) holes up – and holds at gunpoint hotel owner Nora Temple (Lauren Bacall), her invalid father-in-law (Lionel Barrymore) and ex-GI Frank McCloud (Humphrey Bogart). McCloud’s the one man capable of standing up against the belligerent Rocco. But the postwar world’s realities may have taken all the fight out of him. John Huston co-wrote and compellingly directs this film of Maxwell Anderson‘s 1939 play with a searing Academy Award-winning performance by Claire Trevor as Rocco’s gold-hearted, boozy moll. In Huston’s hands, it becomes a powerful, sweltering classic. – Official Synopsis

The Good Dinosaur (review)
Secret in Their Eyes (review)