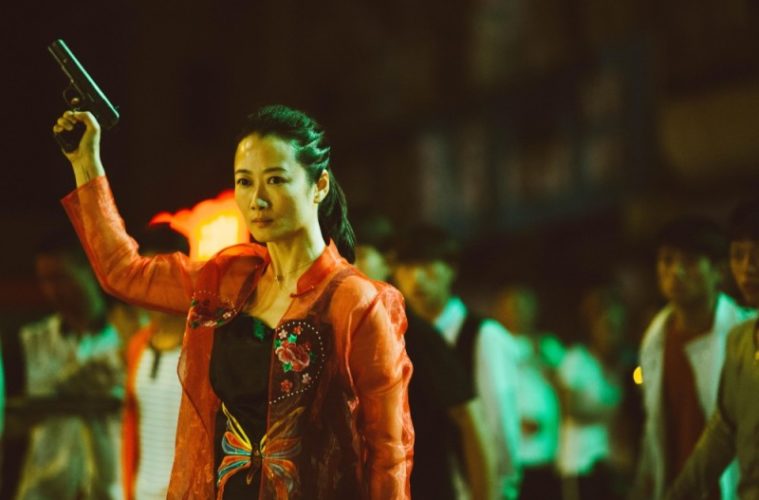 New to Streaming: ‘Ash Is Purest White,’ ‘Blow Out,’ ‘Sword of Trust,’ ‘Punch-Drunk Love,’ and More

For over two decades the filmmaker Jia Zhangke has, through his movies, shown Western audiences a barometer of life in 21st Century China. Ash is Purest White was both the most expensive and, arguably, least political film that Jia has made (read into that what you will) but it was also his most shape-shifting, adventurous and heart wrenching work, too. The director’s partner Zhao Tao provides that heartbeat as the wife of an absent mob guy who goes on an odyssey to find him. The film–and perhaps the world of Jia itself–would simply evaporate without her. – Rory O.

In a career fixated on the machinations of filmmaking presented through both a carnal and political eye, Brian De Palma’s fascinations converged idyllically with Blow Out. In his ode to the conceit of Blow Up — Michelangelo Antonioni’s deeply influential English-language debut, released 15 years prior — as well as the aural intrigue of Francis Ford Coppola’s The Conversation, De Palma constructs a conspiracy thriller as euphorically entertaining as it is devastatingly bleak. – Jordan R. (full review)

Since making you feel bad for a chuckle or two is neither a new or consistently effective approach, The Comedy and its helmer, Rick Alverson, deserve some heavy praise for doing both so effectively. It also showed a different (but disturbingly familiar) side of funnyman Tim Heidecker, here playing a perverted version of his, already, typically off-putting persona; the odds you’ll hate yourself for watching him are equal to you also deriving some enjoyment. The same, thankfully, is not true of The Comedy as a whole. – Nick N.

Matteo Garrone’s Dogman features many of the same themes and motifs as his 2002 film, The Embalmer. Its grisly narrative is again loosely based on real events drawn from the news, it is again set in a run-down coastal suburb in southern Italy, and it again focuses on the skewed power dynamics between two male characters, one tall and the other short. The metaphorical slant, however, is even more pronounced this time around. By depriving their David and Goliath story of geographical and chronological specificity – both setting and time period are kept purposely vague – Garrone and his co-writers, Ugo Chiti and Massimo Gaudisio, have also stripped the film of any genuine social relevance. The result is a philosophically bankrupt, if effectively constructed, spectacle of violence. – Giovanni M.C. (review)

There’s a great documentary about what life is like in the fracking boomtowns of North Dakota entitled The Overnighters. In it, we witness an example of humanity at its simultaneous best and worst. Desperate men seeking an escape from troubles back home arrive to find a different sort of struggle that they may never overcome despite promises sold. Angels prove themselves to be demons and vice versa as director Jesse Moss collects candid interviews that reveal just how bad things are in a land of overblown and exploitative opportunity. And if it’s this harrowing an experience for those who’ve chosen to travel to Williston, what about the ones born and raised praying to leave this supposed boom for a normalcy their poverty has yet to provide? Writer/director Nia DaCosta’s Little Woods therefore serves as a perfect companion piece that looks at the collateral damage of such environments. – Jared M. (full review)

With a healthy dose of the occasional crude joke and casual drug use that’s become the hallmark of Seth Rogen’s brand of humor, Long Shot is Notting Hill with geopolitics, providing a light commentary on the state of Washington, D.C. As Charlize Theron and Seth Rogen channel the appeal and awkwardness of Julia Roberts and Hugh Grant, there are certain moments in Long Shot where I thought I might have been watching a new comedy classic. Unfortunately, Jonathan Levine’s rom-com slightly overstays its welcome with a predictably clunky third act that could have lost a few minutes. – John F. (full review)

We can assume that Christophe Honoré’s 10th big-screen feature as director might trigger some viewers’ short-term memories — and perhaps apprehension, too. Considering the year that cinema has had, certain things inevitably spring to mind at the thought of a love story between an older, cosmopolitan, more worldly, more intellectual man and an intelligent, albeit impressionable younger guy; as does, in another way, the idea of an HIV story set in early-90s Paris. Some mistaken folk might even rush to call Sorry Angel “this year’s Call Me by Your Name” (you’d have to have been living under a rock to call it this year’s BPM), but it is a far more melancholic and drab piece than Luca Guadagnino’s all-conquering (well, mostly conquering) hit. – Rory O. (full review)

There’s a point in Lynn Shelton’s Sword of Trust where the four principal characters are being led into a situation with as much chance of ending in their death as it does the payment of forty thousand dollars. Sitting there in that moment of uncertainty without any bearing as to where they were or where they were going, Mel (Marc Maron) can’t help but smile and revel in the fact that he’s about to see something so wild he can’t wrap his head around it being true. He’s going to see a bunch of people who have warped their minds to the point of believing the Confederate army actually won the Civil War. The answer to “How can people think like this?” would soon be his either way. – Jared M. (full review)