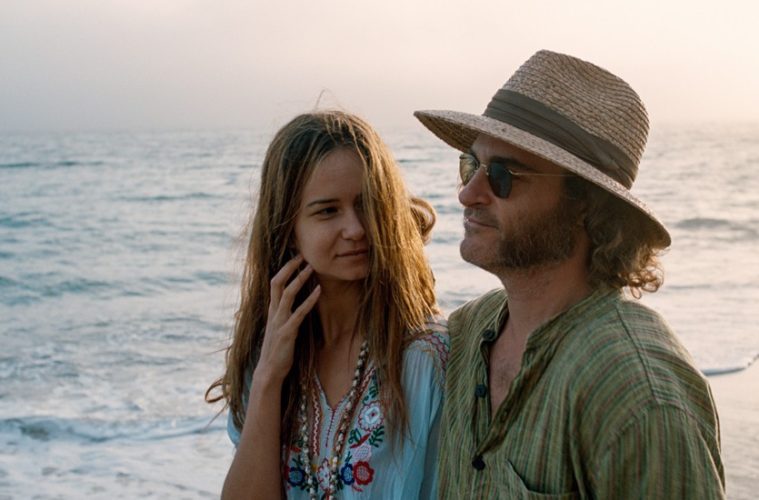 Recommended Discs & Deals of the Week: ‘Inherent Vice,’ ‘Mommy,’ ‘The Friends of Eddie Coyle,’ and More In one of the best performances of his legendary career, Robert Mitchum plays small-time gunrunner Eddie “Fingers” Coyle in an adaptation by Peter Yates of George V. Higgins’s acclaimed novel The Friends of Eddie Coyle. World-weary and living hand to mouth, Coyle works on the sidelines of the seedy Boston underworld just to make ends meet. But when he finds himself facing a second stretch of hard time, he’s forced to weigh loyalty to his criminal colleagues against snitching to stay free. Directed with a sharp eye for its gritty locales and an open heart for its less-than-heroic characters, this is one of the true treasures of 1970s Hollywood filmmaking—a suspenseful crime drama in stark, unforgiving daylight. – Criterion.com

At once Paul Thomas Anderson‘s loosest and densest film, Inherent Vice presents a world that’s easy to get lost in. Not because his adaptation of Thomas Pynchon‘s novel isn’t interested in hand-holding — it is a mystery from the point-of-view of a paranoid and confused pothead, mind you — but its melancholic tone, the Blake Edwards-like comedy, and array of endlessly eccentric characters, all of which add up to a transcendent two-and-a-half hours. This is a movie that washes over its viewers as long as they’re willing to go along for the trippie ride. It’s a strange, funny, and surprisingly sad story, almost more about a bad breakup than the mystery Doc has to unravel. Shasta Fay’s (Katherine Waterston) presence is almost always felt in Inherent Vice. Doc confronts equally confusing internal and external struggles in this dreamlike LA story. Despite a disappointing box-office, it’s up there with Anderson’s best work. –  Jack G.

Writer-director Xavier Dolan’s characters in Mommy rarely feel like people you’d want to spend any length of time with, which is precisely why the film is so affecting. Each have their own unique quirks that make them entirely human and draw you in. You root for them to succeed, and Dolan takes a twisted joy in breaking them in various ways. This is a richly affecting film about the notion of controlling your own life when your child, your responsibility, seems hell-bent on derailing it. Easy answers aren’t given, and there’s a key moment in the film that rings incredibly hollow — a feeling taken away just when you actually bite into the lure. Dolan’s work is moving and painfully beautiful, with astounding performances throughout. – Bill G.