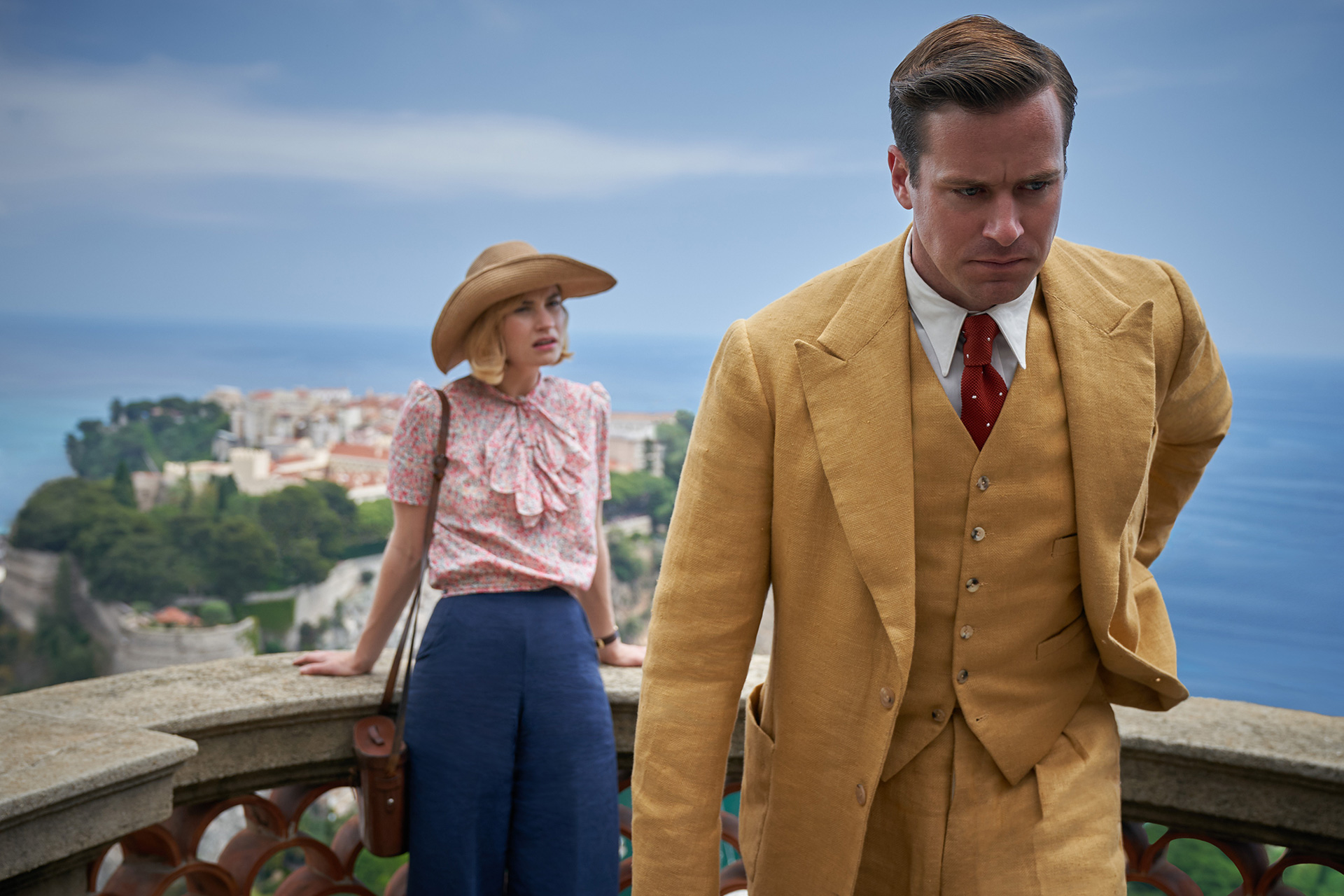 Despite David O. Selznick’s desire to keep his cinematic adaptation of Daphne Du Maurier’s novel Rebecca as true to the source novel as possible and not alienate its built-in fan base, at least one change was unavoidable en route to passing Hollywood’s “Hays Code.” Because it concerns a late-arriving revelation that would spoil things, I won’t say what it was. Just know that this seemingly small alteration on paper beneficially reverberates throughout the entirety of what Selznick and director Alfred Hitchcock put onscreen by allowing their characters room to be sympathetically complex where loyalties are concerned in ways that prove impossible otherwise. So while the ghost of the Manderley estate’s former mistress haunts the proceedings in both scenarios via guilty consciences, only one renders its inhabitants as monsters.

I don’t, however, come to this conclusion in order to share that Du Maurier’s intent was different than that of the filmmakers who brought it to theaters in 1940. I’ve never read the novel nor have I read or listened to interviews with the author to know her goals. This conclusion is instead a result of watching director Ben Wheatley’s new adaptation eighty years later. Scripted by Jane Goldman and rewritten by Joe Shrapnel and Anna Waterhouse, his Rebecca has kept that aforementioned plot point intact. And just like Hitchcock’s change could be felt throughout the whole piece then, Wheatley and company’s ability to avoid it today affects as much or more. The inherent message within their gothic romance still surrounds love, but it’s a lot less pure.

So don’t call this a remake. Wheatley intentionally sought to ensure his team went back to the novel instead of the film precisely because remaking Hitchcock would be a fool’s errand. Some will surely say re-envisioning the inspiration behind one of his films is just as foolhardy because comparing the two would be inevitable, but that should be a burden for audiences to combat rather than one that forces artists to quit. And I do think it’s a battle viewers can successfully fight since that alteration ostensibly guarantees both versions prove vastly different in tone, genre, and psychology. Where Hitchcock crafted a meticulously measured thriller that takes an abrupt left turn halfway through, Wheatley delivers a much more sinister, horror-infused variation on its same baseline theme.

The shift is felt straightaway as our young, nameless protagonist (Lily James’ “I”) awakens from a nightmare to reminisce about how she found herself at Maxim de Winter’s (Armie Hammer) palatial Manderley in the first place to even begin dreaming of a return to its neglected grounds. She’s running around a Monte Carlo hotel at the behest of her employer Mrs. Van Hopper (Ann Dowd) to secure an “impromptu” visit from de Winter while he’s standing in earshot of her failed attempt to bribe the maître d’. It’s a light introduction to two characters soon to fall in love and redirect the courses of their extremely disparate lives—the calm before the tumultuous storm that greets them back in England under Mrs. Danvers’ (Kristen Scott Thomas) darkened cloud.

Rather than eccentric and heartbroken, this version of Danvers the housekeeper is cunningly astute in her intentions to make certain “I” never forgets she’s in another woman’s house. Whether or not Rebecca passed a year earlier, the first Mrs. de Winter remains at the forefront of everyone’s mind from the staff’s curious glances to Maxim’s sister (Keeley Hawes’ Beatrice) exclaiming how “I” is nothing like she expected. This new bride is the polar opposite of the woman whose shoes she’s been asked to fill and those who adored the latter seem keen on reminding the former that she’ll never do them justice. Danvers slinks through the shadows with sabotage on her mind, needling this imposter to the point of ruination in order to misguidedly preserve the house’s sanctity.

It’s a slow, methodical descent into chaos with the help of an unsuspecting maid (Bryony Miller’s Clarice) and Rebecca’s charlatan of a cousin, Jack Favell (Sam Riley). “I” attempts to rely on those around her with a trust cultivated from Maxim’s warm smile and his estate manager (Tom Goodman-Hill’s Frank) kindly (finally) divulging how her predecessor died at sea, but the others exploit it until her husband’s smile fades to reveal a wrath she couldn’t imagine was possible. It’s as though she’s walked into a patch of quicksand while everyone laughs because Maxim has already angrily turned away before seeing just how far she’s sunk. “I” is a victim of impossible expectations whose unraveling culminates in a hallucinatory ball sequence that pushes her to the brink of sanity.

The implicit is therefore made explicit. Everything that existed in the background to lend Hitchcock’s film a crippling sadness is out in the open to punish “I” as a little girl who dared believe she was worthy of everything Rebecca had. Where Laurence Olivier’s Maxim earned equal billing to Joan Fontaine’s “I” then, Hammer’s iteration is pushed to the fringes as a veritable side character who exists to dole out Danvers’ retribution. He’s a pawn being played just as much as his wife to satisfy the role of gatekeeper and smoking gun until an unexpected event throws everything onto its side. It’s not as unexpected as in 1940, though, thanks to Riley’s Favell being an exposition machine rather than an ambiguous strain of comic relief like his counterpart George Sanders.

There are still forty minutes to wrap things up similarly to the early adaptation, but it seems so much more rushed this time around because of the aforementioned change. Instead of watching these characters break down and admit their fallibilities so that we can clearly point our ire towards the so-called “ghost” who haunts them, we discover they’re all just selfishly opportunistic instead. That means we cannot root for any of them. Our default is “I,” but even she becomes tainted because what she’s willing to ignore for love here is much darker and unforgivable. And rather than letting Maxim altruistically dare the others into showing their true intentions, it becomes “I” playing detective in a way that moves her from being invested to being complicit.

I would generally appreciate this more nihilistic version above one providing hope, but being that I saw the latter first and loved it makes doing so difficult in this instance. However, that burden is on me and not the filmmakers. And it honestly doesn’t negate the fact that Wheatley’s Rebecca is still a strong film when judged on its own. It looks gorgeous, has solid performances, and excels at amplifying the predatory central dynamic between “I” and Danvers in a singular way that earns a place besides Hitchcock’s. Certain decisions may render the whole more one-note in some aspects, but never less effective. There’s something to be said about love conquering innocence literally as well as figuratively. Love isn’t immune to evil.