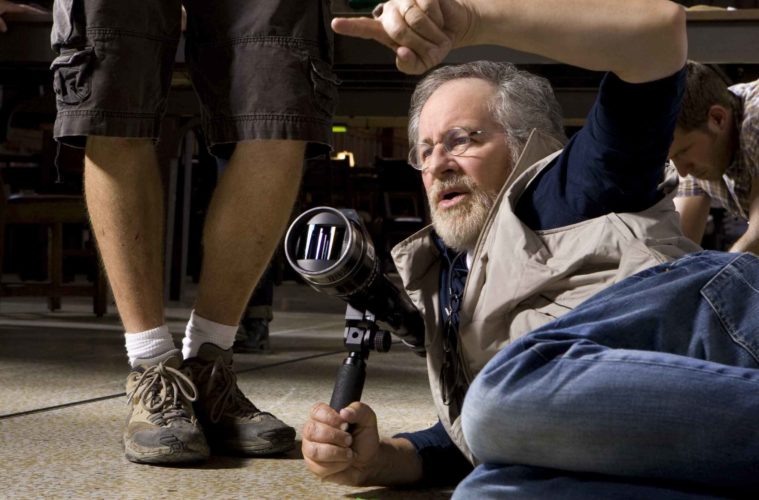 Ranking the Possibilities of Which Film Steven Spielberg Will Direct Next Following Lincoln, it’s been a guessing game for what project Steven Spielberg will next direct. With one blockbuster temporarily stalled and another dropped, he’s been piling up a wealth of options on both the helming and producing side, and the projects could easily keep him busy for the rest of his career.

With the announcement of yet another, we’ve decided to hash out which are the most likely to head into production first. Discounting remakes of Grapes of Wrath and Like Father, Like Son, as well as any other projects the helmer said he’d only be producing for now, here’s all the ones that have been discussed in the last year or so, from least likely to come next to most, including an enticing exclusive.

Revealed last summer, this one seemed the most like wishful thinking. The Jaws director said, “I would like to make a movie in China with my dear friend [Zhang Yimou]. We would work together on an international film that could take place in China.” Confirming that it’s not on the top of his list, he added, “I made Empire of the Sun in Shanghai in the 1980s and want to come back one day to make a movie in China.” With Zhang Yimou rounding up his faire share of Hollywood projects to keep him busy, don’t expect to see this one any time soon.

This one is the most inevitable on his pile, but it’s difficult to see coming next. Although rumors were quickly denied that the franchise would be continuing with Bradley Cooper cracking the whip, with Disney picking up the rights, they certainly won’t just be sitting on them. With the studio searching for a worthwhile story, we could also see Spielberg handing over the reins to a younger director, but with nothing confirmed, we’ll have to play the waiting game.

First discussed just over a month ago, 20th Century Fox were interested on taking on a new adaptation of Robert Wise‘s iconic musical, West Side Story, itself based on a Arthur Laurents book, and are reportedly looking at Spielberg to direct. With no writer set yet, it seems like a far away project, but something that could perhaps come together a bit quicker than the above blockbuster.

5. Thank You For Your Service

While it’s been nearly a year since we’ve heard any updates on this project, it’s an enticing one. Potentially marking a Lincoln reteam for Spielberg and Daniel Day-Lewis, the film, scripted by Jason Dean Hall (American Sniper), follows an Iraq veteran’s post-combat struggles. The David Finkel-penned source material specifically angles toward the struggles so often endured by soldiers forced into societal reintegration with little help from superiors or proper understanding from loved ones. A recent meeting between Spielberg and his Lincoln star had us thinking this was on the table again, but we’ve got word that they were also discussing the third project on the list.

4. The Kidnapping of Edgardo Mortara

Revealed last night by the trades, Spielberg has become attached to this project at The Weinstein Company and DreamWorks. Scripted by his Munich and Lincoln scribe Tony Kushner, it follows the true story of an Italian Jew who, at the age of 6 in 1858, was “kidnapped” by the authorities and raised Catholic, eventually becoming a priest. The trades indicate this definitely won’t be the next project he’ll helm, but it’s another one to add to the pile.

Update: The Wrap and Variety both confirm our scoop and say Tom Hanks is now in the running for the lead. See the original story below, which indicates DDL has passed.

While nothing is concrete yet, we’ve recently heard that Spielberg has been eying this project, picked up by DreamWorks last fall. Scripted by Matt Charman (Suite française) the drama tracks the true tale of James Donovan, an American attorney who become an integral part of the Cold War when asked by the CIA to cross the Berlin Wall to rescue a POW. We’ve heard that this is actually the project DDL and Spielberg were recently discussing, and while we’d love them to reteam, neither have officially signed on yet.

Perhaps the most intriguing of available options, we got word at the start of this year that an original script dating back to nearly fifty years ago (when the legendary Dalton Trumbo (Spartacus, Roman Holiday) crafted a 205-page draft for Kirk Douglas and Martin Ritt) has been unearthed for Spielberg. Titled Montezuma, the period epic has been courting Javier Bardem for the role of Spanish explorer Hernando Cortez, who battles our titular character as Spain infiltrates Mexico. With Steve Zaillian (Schindler’s List) currently scripting the project it might not be far enough along, but the trades indicate it is one of his top priorities, and one we’d gladly welcome.

After being stalled for so long, I was wary at putting this in the foremost slot, but if one is to believe the trades, it’s at the top of Spielberg’s list. Variety reports that the director is “anxious to get back behind the camera,” and this is the furthest along of any of his potential projects. With a now-firmed-up budget and Chris Hemsworth still interested in leading, if a schedule can be worked out after he’s done with The Avengers sequel, this Drew Goddard-scripted tale of robot-human conflict, based on Daniel H. Wilson‘s novel, could be next. It would also certainly fall in line with the alternating blockbuster and prestige drama schedule that his been his bread and butter, so we’ll have to wait and see, but we imagine he’ll be behind the cameras on one of the above films by the end of the year.

Which film do you think Spielberg will make next? Which is the most enticing?