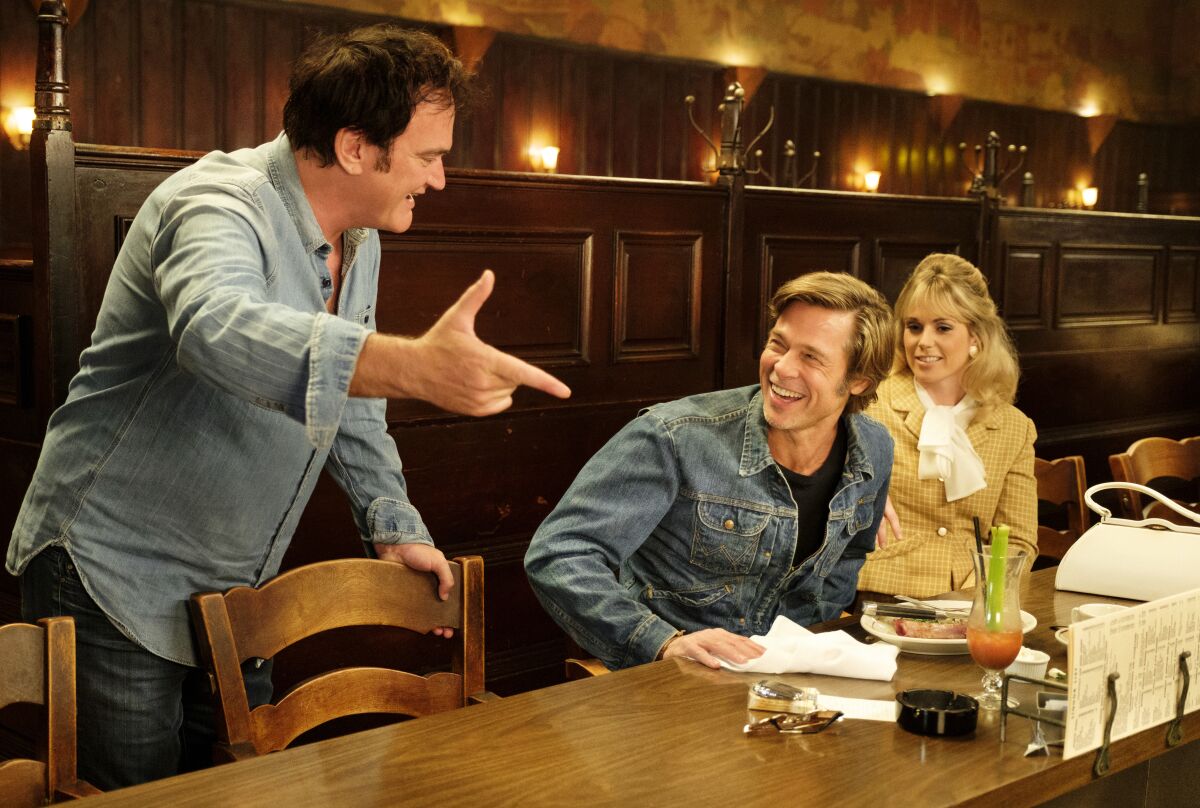 We are now less than a month away from the latest project from Quentin Tarantino. Following up his expanded novelization of Once Upon a Time in Hollywood, the director has once again put pen to paper for Cinema Speculation, a 400-page book arriving on November 1 that was initially described as a “rich mix of essays, reviews, personal writing, and tantalizing ‘what if’s.'”

Concerning “film criticism, film theory, a feat of reporting, and wonderful personal history” centered on ’70s American cinema, Tarantino will now embark on a nationwide book tour in promotion of the release. Brooklyn Vegan reports he’ll be stopping by LA, San Francisco, and NYC, with more cities to be announced. The NYC stop will take place on November 16 at The Town Hall and tickets go on sale this Friday at 10am.

One can pre-order the book here and see a synopsis, book cover, and tour dates below.

In addition to being among the most celebrated of contemporary filmmakers, Quentin Tarantino is possibly the most joyously infectious movie lover alive. For years he has touted in interviews his eventual turn to writing books about films. Now, with Cinema Speculation, the time has come, and the results are everything his passionate fans—and all movie lovers—could have hoped for. Organized around key American films from the 1970s, all of which he first saw as a young moviegoer at the time, this book is as intellectually rigorous and insightful as it is rollicking and entertaining. At once film criticism, film theory, a feat of reporting, and wonderful personal history, it is all written in the singular voice recognizable immediately as QT’s and with the rare perspective about cinema possible only from one of the greatest practitioners of the artform ever.

Tour Dates (with more to come)

In case you missed it, check out some recent episodes of Tarantino’s new podcast with Roger Avary.