Quentin Tarantino to Release Two Novels, Including Expansion of Once Upon a Time… in Hollywood 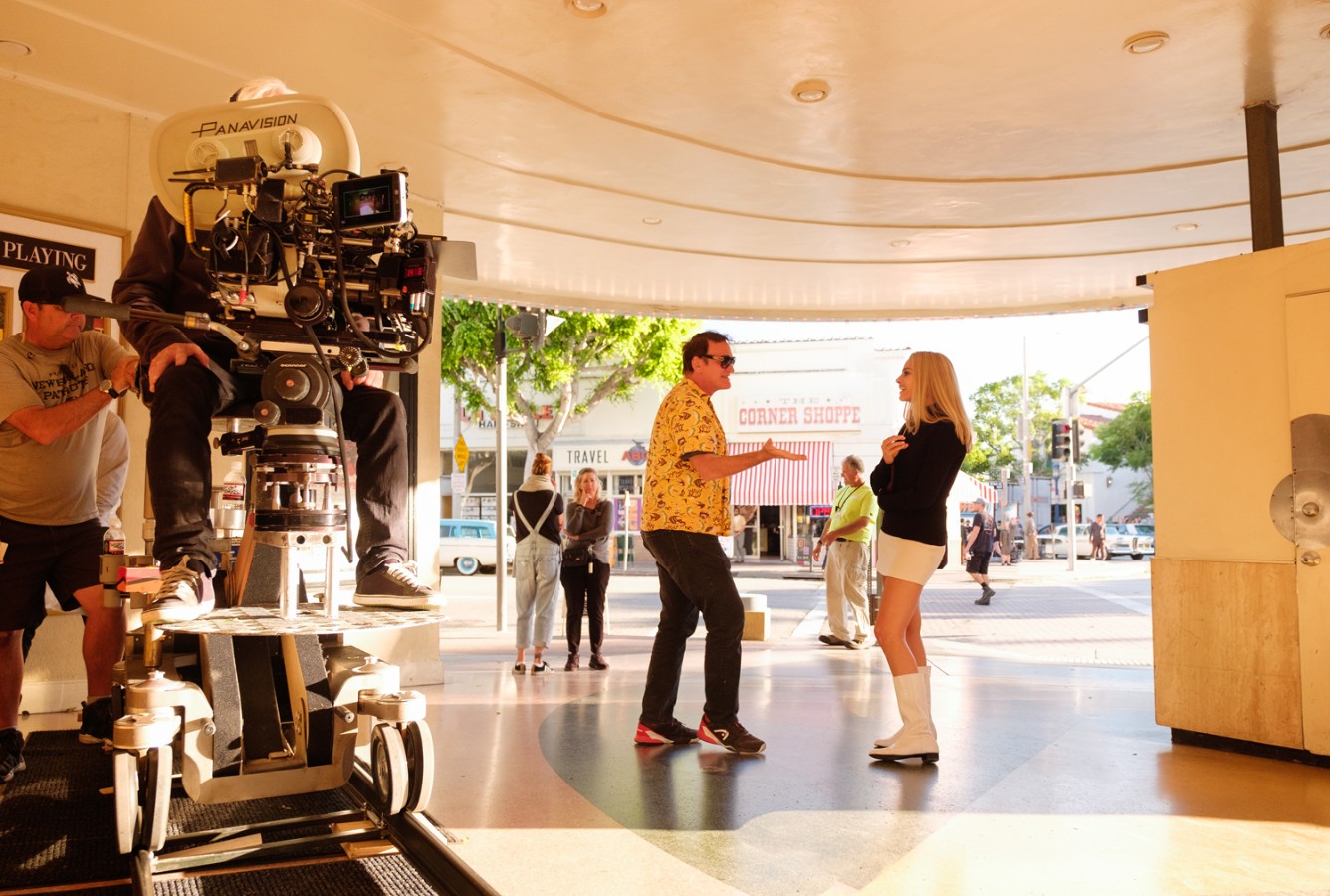 Update: Quentin Tarantino’s Once Upon a Time… in Hollywood novel will officially arrive on June 29, 2021 and is 224 pages. Pre-order it here.

Aging like a fine wine (aka the opposite of too many whiskey sours), Quentin Tarantino’s latest film Once Upon a Time… in Hollywood continues to blossom like one of the director’s finest works over a year after release. Now, as the filmmaker looks towards wrapping up his career behind the camera with perhaps one final film, he has suggested he would get more into writing, and he’s now confirmed that desire by signing a two-film book deal.

Tarantino has inked the deal with HarperCollins and first up will be an expansion of Once Upon a Time… in Hollywood with a new novel. Said to offer “a fresh, playful and shocking departure from the film,” according to the publisher, it will arrive as a mass market paperback, akin to the director’s pulp paperback favorites, alongside e-book and digital audio editions, this coming summer. A deluxe hardcover edition will then be released in fall 2021.

Read the publisher’s synopsis below.

Quentin Tarantino’s long-awaited first work of fiction – at once hilarious, delicious, and brutal – is the always surprising, sometimes shocking new novel based on his Academy Award-winning film

RICK DALTON – Once he had his own TV series, but now Rick’s a washed-up villain-of-the week drowning his sorrows in whiskey sours. Will a phone call from Rome save his fate or seal it?

CLIFF BOOTH – Rick’s stunt double, and the most infamous man on any movie set because he’s the only one there who might have gotten away with murder….

SHARON TATE – She left Texas to chase a movie-star dream, and found it. Sharon’s salad days are now spent on Cielo Drive, high in the Hollywood Hills.

CHARLES MANSON – The ex-con’s got a bunch of zonked-out hippies thinking he’s their spiritual leader, but he’d trade it all to be a rock ‘n’ roll star.

HOLLYWOOD 1969 – YOU SHOULDA BEEN THERE

“In the seventies movie novelizations were the first adult books I grew up reading,” says Tarantino. “And to this day I have a tremendous amount of affection for the genre. So as a movie-novelization aficionado, I’m proud to announce Once Upon A Time In Hollywood my contribution to this often marginalized, yet beloved sub-genre in literature. I’m also thrilled to further explore my characters and their world in a literary endeavor that can (hopefully) sit alongside its cinematic counterpart.”

See the cover below.

That’s not the only book on the docket for the director as a second one with a TBD release date will be coming titled “Cinema Speculation,” a non-fiction work which takes “a deep dive into the movies of the 1970s,” including Tarantino’s admiration for Pauline Kael. “The book will be a rich mix of essays, reviews, personal writing, and tantalizing “what if’s,” from one of cinema’s most celebrated filmmakers, and its most devoted fan,” says the publisher.

As we greatly await this new phase in Tarantino’s career, check out our discussion of his latest work below.