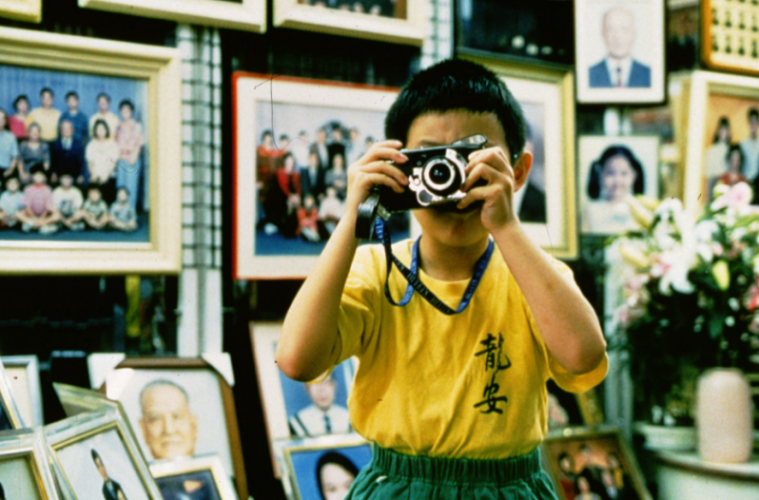 Next month will mark the return of New York City’s Quad Cinema, a theater reshaped and rebranded as a proper theater via the resources of Charles S. Cohen, head of the distribution outfit Cohen Media Group. While we got a few hints of the line-up during the initial announcement, they’ve now unveiled their first full repertory calendar, running from April 14th through May 4th, and it’s an embarassment of cinematic riches.

Including the previously revealed Lina Wertmüller retrospective, one inventive series that catches our eye is First Encounters, in which an artist will get to experience a film they’ve always wanted to see, but never have, and in which you’re invited to take part. The first match-ups in the series include Kenneth Lonergan‘s first viewing Edward Yang‘s Yi Yi, Noah Baumbach‘s first viewing of Withnail and I, John Turturro‘s first viewing of Pather Panchali, and Sandra Bernhard‘s first viewing of Rainer Werner Fassbinder‘s Lola.

Also including double features, a Harold and Lillian Michelson series, a batch of films that correlate with the number four, and more, check out the stellar full line-up below; and for updates on what will screen every weekend throughout the entire city, including the Quad, follow here.

Four is the magic number at the Quad: 44 years of history, four screens… with four sides each. To honor the theater’s unique footprint, we delved into film history to gather up some of cinema’s greatest four-handers, love-rectangles, fourth installments, and quadriptyches, to serve up an amuse bouche for the wide range of programming you’ll be seeing at the new Quad.

When the Quad Cinema debuted in 1972, Jonas Mekas wrote in his Village Voice “Movie Journal” column, “The fact that we have four movie theaters in one house [at the Quad] could eventually lead (with imaginative programming) to a screening situation with four different choices. For instance: a premiere opening of a Hollywood movie, a Hollywood ‘classic,’ a European (or South American) movie, and avant-garde (or independent) movie.”

The Quad would go on to feature precisely this breadth of curation, screening movies across all genres and eras and nationalities in first-run, second-run, and repertory. For older moviegoers, this rotating, year-round series will hopefully serve as a reminder of halcyon decades of Quad viewing, and for younger cinephiles, offer a crash course on our rich history.

The Gang’s All Here
Busby Berkeley, 1943, U.S., 105m, 35mm IB Technicolor
The first repertory film to ever screen at the Quad. This print was struck from the original three-strip negative and rarely screened since the 1972 rerelease.

In the 1970s, Lina Wertmüller was a certifiable international phenomenon—a lively firebrand behind white glasses who became one of the decade’s marquee-name filmmakers. Smashing box-office records for foreign-language films, her hot-button movies—erotic and polemical and provocative all at once—became must-see conversation pieces. Her notorious Seven Beauties earned four Oscar nominations, including one for Best Director, making her the first woman ever nominated for the award.

She was loved by some (Vincent Canby, John Simon), loathed by others (Pauline Kael, Molly Haskell), and the likes of Louis CK, Spike Lee, Jodie Foster and Amy Heckerling declared themselves ardent fans. Today, her daring, unapologetically politically incorrect films—where sex and politics are always inextricably bound—look more essential than ever before. Wertmüller’s films played a combined 75 weeks here in the 1970s, making her the reigning Queen of the Quad—and so we’re thrilled to relaunch our theater with the most extensive Wertmüller retrospective ever seen in New York.

Moviegoing is about memories—not just of the films you saw, but where and when and with whom. With this in mind, we’ve invited a selection of notable New Yorkers to choose a film they’ve never seen but have always wanted to—whether it be a canonical classic or a rarified obscurity. In this ongoing special series, filmmakers, musicians, artists, writers, and beyond will finally get to see these films for the first time, and share their immediate, raw reactions with the audience following the screening. You never forget your first encounter.

You’re cordially invited to join us for these very special one-night-only events. You only have one shot.

The Quad upholds the venerable tradition of the double feature with regular pairings.

Jeff Lieberman: Two frighteners from the director of Squirm

To accompany Daniel Raim’s new documentary, Harold and Lillian: A Hollywood Love Story (opening at the Quad on April 28), we’re devoting our repertory screen to the work of Harold and Lillian Michelson–prolific storyboard artist and researcher, respectively–whose work on seminal Hollywood productions went unrecognized (and often uncredited) for decades. This pocket series helps set the record straight, in appreciation of the impact their storyboards, production design, and meticulous research left on movie history.