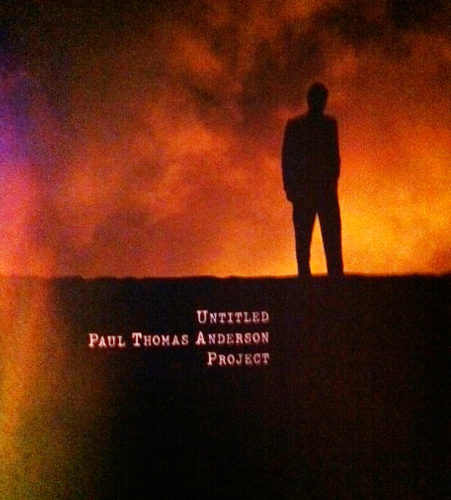 It’s rare to see grainy, low resolution pictures of early sales posters on this site. But when the film is for Paul Thomas Anderson‘s next feature, we make an exception. Cigarettes & Red Wine (via Collider) have uncovered an early promo poster for PTA’s next film, which confirms the casting of Philip Seymour Hoffman and Joaquin Phoenix. We reported the film will shoot this June for $35 million and features a “greatly overhauled script.” The poster also confirms that the title is indeed not The Master, as previously thought. Check out the poster, a similar shot in There Will Be Blood, and a synopsis below. Hoffman stars as a man who returns after witnessing the horrors of WWII and tries to rediscover who he is in post-war America. He creates a belief system, something that catches on with other lost souls.

We already know Phoenix will star as his apprentice, but Madisen Beaty (The Curious Case of Benjamin Button), Amy Adams (The Fighter), Lena Endre (The Girl with the Dragon Tattoo) and Laura Dern (Jurassic Park) are all of interest to Anderson.

What do you think of this early poster?