Portrait of a Lady on Fire, Come and See & More Coming to The Criterion Collection in June 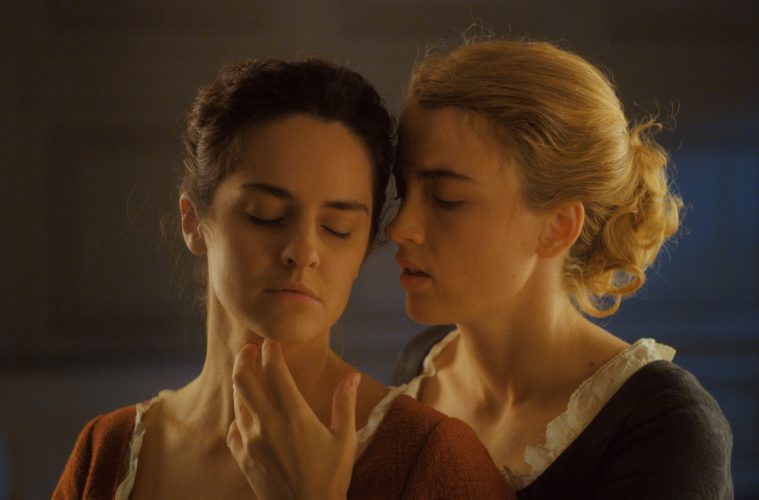 The world may be crumbling, but at least a handful of stellar films are coming to The Criterion Collection this summer. They’ve announced their June slate which includes their first NEON release, Portrait of a Lady on Fire, with Parasite to come at a later date. Also among the slate is Elem Klimov’s anti-war masterpiece Come and See, which we recently explored in-depth here. Also including work from Buster Keaton, Kon Ichikawa, and Paul Mazursky, check out the full slate and special feature details below.

Buster Keaton is at the peak of his slapstick powers in The Cameraman— the first film that the silent-screen legend made after signing with MGM, and his last great masterpiece. The final work over which he maintained creative control, this clever farce is the culmination of an extraordinary, decade-long run that produced some of the most innovative and enduring comedies of all time. Keaton plays a hapless newsreel cameraman desperate to impress both his new employer and his winsome office crush as he zigzags up and down Manhattan hustling for a scoop. Along the way, he goes for a swim (and winds up soaked), becomes embroiled in a Chinatown Tong War, and teams up with a memorable monkey sidekick (the famous Josephine). The marvelously inventive film-within-a-film setup allows Keaton’s imagination to run wild, yielding both sly insights into the travails of moviemaking and an emotional payoff of disarming poignancy.

This legendary film from Soviet director Elem Klimov is a senses-shattering plunge into the dehumanizing horrors of war. As Nazi forces encroach on his small village in Belorussia, teenage Flyora (Alexei Kravchenko, in a searing depiction of anguish) eagerly joins the Soviet resistance. Rather than the adventure and glory he envisioned, what he finds is a waking nightmare of unimaginable carnage and cruelty-rendered with a feverish, otherworldly intensity by Klimov’s subjective camera work and expressionistic sound design. Nearly blocked from being made by Soviet censors, who took seven years to approve its script, Come and See is perhaps the most visceral, impossible-to-forget antiwar film ever made.

PORTRAIT OF A LADY ON FIRE

Passion brews quietly between an artist and her subject, until they together create a space in which it can briefly flourish, in this sumptuous eighteenth-century romance from Céline Sciamma, one of contemporary French cinema’s most acclaimed auteurs. Summoned to an isolated seaside estate on a secret assignment, Marianne (Noémie Merlant) must find a way to paint a wedding portrait of Héloïse (Adèle Haenel), who is resisting chattel marriage, by furtively observing her. What unfolds in exquisite tension is an exchange of sustained gazes in which the two women come to know each other’s gestures, expressions, and bodies with rapturous intimacy, ultimately forging a subversive creative collaboration as well as a delirious romance. Charged with a yearning that almost transcends time and space, Portrait of a Lady on Fire mines the emotional and artistic possibilities that emerge when women can freely live together and look at one another in a world without men.

Listen to our Portrait of a Lady on Fire discussion on The Film Stage Show below.

A spectacle of magnificent proportions and remarkable intimacy, Kon Ichikawa’s Tokyo Olympiad remains one of the greatest films ever made about sports. Supervising a team of hundreds of technicians using more than a thousand cameras, Ichikawa captured the 1964 Summer Games in Tokyo in glorious widescreen images, using cutting-edge telephoto lenses and exquisite slow motion to create lyrical, idiosyncratic poetry from the athletic drama surging all around him. Drawn equally to the psychology of losers and winners-including legendary Ethiopian marathoner Abebe Bikila, who receives the film’s most exalted tribute-Ichikawa captures the triumph, passion, and suffering of competition with a singular humanistic vision, and in doing so effects a transformative influence on the art of documentary filmmaking.

One woman’s journey of self-discovery brings about a warmly human cultural conversation about female liberation, in this wonderfully frank, funny chronicle of changing 1970s sexual politics by Paul Mazursky. When her husband of sixteen years abruptly leaves her for a younger woman, Manhattan gallery worker Erica (a fantastic, Oscar-nominated Jill Clayburgh in her defining role) finds herself alone and adrift-but also newly empowered to explore her needs and desires as she tests the waters of a new relationship with a charismatic artist (Alan Bates). Candidly addressing issues of sex, intimacy, loneliness, and divorce from an unabashedly feminist perspective, An Unmarried Woman makes the simple but radical assertion that a woman’s most important relationship is the one she has with herself.