Ottolenghi and the Cakes of Versailles Review: A Confectionary Comfort Watch 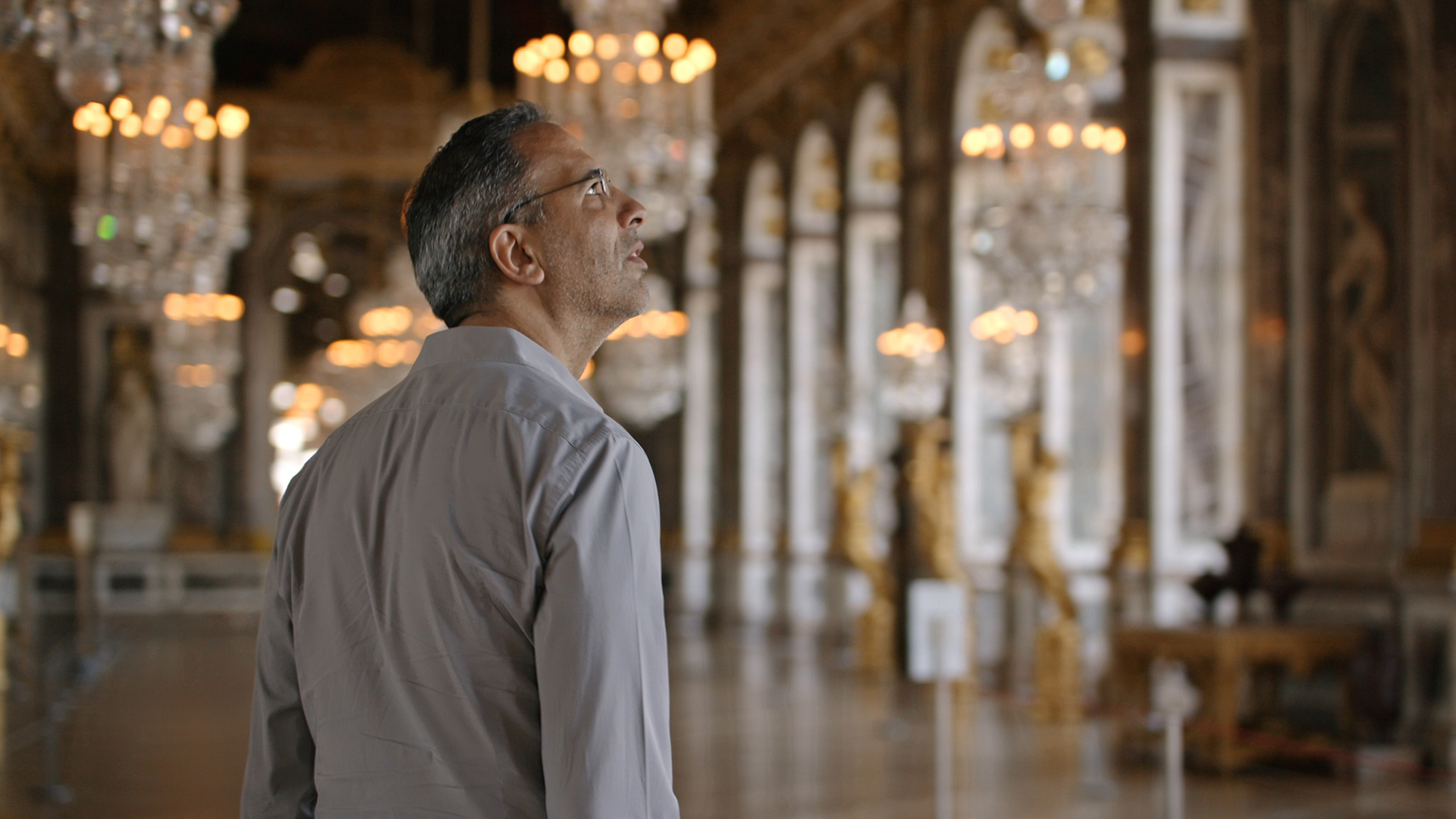 The choice of “medium” was easy for renowned chef Yotam Ottolenghi when asked by the Metropolitan Museum of Art to collaborate on their upcoming 2018 exhibition entitled Visitors to Versailles (1682-1789). Whether or not Marie Antoinette actually said the infamous line with which she’ll forever be entangled, the excessive decadence and bloody decline of the Château de Versailles as royal court cannot escape its confectionary marriage with cake. So Ottolenghi set his sights on selecting five of the most innovative and unique pastry chefs from his Instagram follow list to take up the challenge of embodying the period in sugar on a grand artistic scale at one of the art world’s most revered establishments. Billed as performance art, their creations would provide a two-night sensory experience.

Laura Gabbert’s companion film Ottolenghi and the Cakes of Versailles arrives to document the event and its myriad moving pieces while also allowing the general public a look at the splendor of what those lucky few enjoyed that June. We follow Ottolenghi as he explains his own beginnings in the industry and the reasons why he chose the quintet comprised of Dinara Kasko, Dominique Ansel, Sam Bompas, Ghaya Oliveira, and Janice Wong. From there we take a look inside their individual origins, listen as Ottolenghi discusses Versailles-era food with historian Deborah Krohn, and peak behind the curtain to become a fly on the kitchen wall as they work to bring their cakes to life. With 3D-printed molds, alcoholic whirlpools, and sugared stone, the only limit was their imaginations.

While there’s a bit of drama added once some complications arise to throw a few logistical wrenches into the proceedings, Gabbert’s film proves as comforting as the sweet treats on display. Everyone is working in tandem to ensure the two-day event (with only two-days of on-site preparation) goes off with minimal complications—and yes, that means keeping gallery managers ignorant to the fact liquids would be brought into a statue room strictly prohibiting them. With glimpses at canvases from the period and philosophical comparisons between the palace’s open-air, public venue for celebrity and today’s online social media landscape, we receive a superficial history lesson to absorb as much context as is necessary to understand the museum’s desire for this culinary arts offshoot from their main attraction.

I don’t use “superficial” as a slight, but more as evidence that this documentary isn’t meant to educate us as much as take us inside a celebration. The many little historical details are a great complement to what’s conversely a picture of contemporary problems and artistry. Because Ottolenghi likes to draw the contrast that chocolate and cakes were meant to symbolize the king who ate them back then and the cake-makers who baked them today, keeping things focused on the latter is crucial. He’s spotlighting their genius and originality. He’s giving them a platform with which to deliver a bit of who they are (born in Ukraine, France, England, Tunisia, and Singapore respectively) and a lot of what they can do to advance the possibilities of their craft.

This last part is key because you have Kasko bringing her architecture background to her intricate, CAD-designed cakes and Bompas honoring the memory of his mom’s jellies grabbing the attention of everyone in the room. You have those who got into cooking despite poverty and academic parents, those who work out of Michelin star-rated restaurants, and those creating from the simple confines of their homes. So this melding of past and present exists in their pastries regardless of the task at-hand. That Versailles gives them a specific canvas with which to operate outside their own comfort zones is but an added element that provides them an excuse to push their limits further than before. I only wish we were able to sample the spoils while watching.

Don’t therefore expect more than the food/art porn that’s reason enough to sit down and let Ottolenghi’s enthusiasm pull you into the performance. It’s nice to see how excited he and the others are in the research they conducted and interpretations they conjured. The way they talk in pretentious metaphors about austere importance shows just how much the gallery nature of their setting has impacted their decisions. What they make might get eaten at the end, but that’s merely the work’s final form. Each confection is displayed before then like any other artwork on-screen as the artists’ visual, gustatory, and olfactory representation of what Versailles means to them personally and/or aesthetically. That talent deserves its place beside the Met’s more universally appreciated paintings, textiles, and stone.

Ottolenghi and the Cakes of Versailles is included in both Tribeca’s and Hot Docs’ online programming.