NYFF Review: Remote Imagines a Future World with a Sense of Detachment 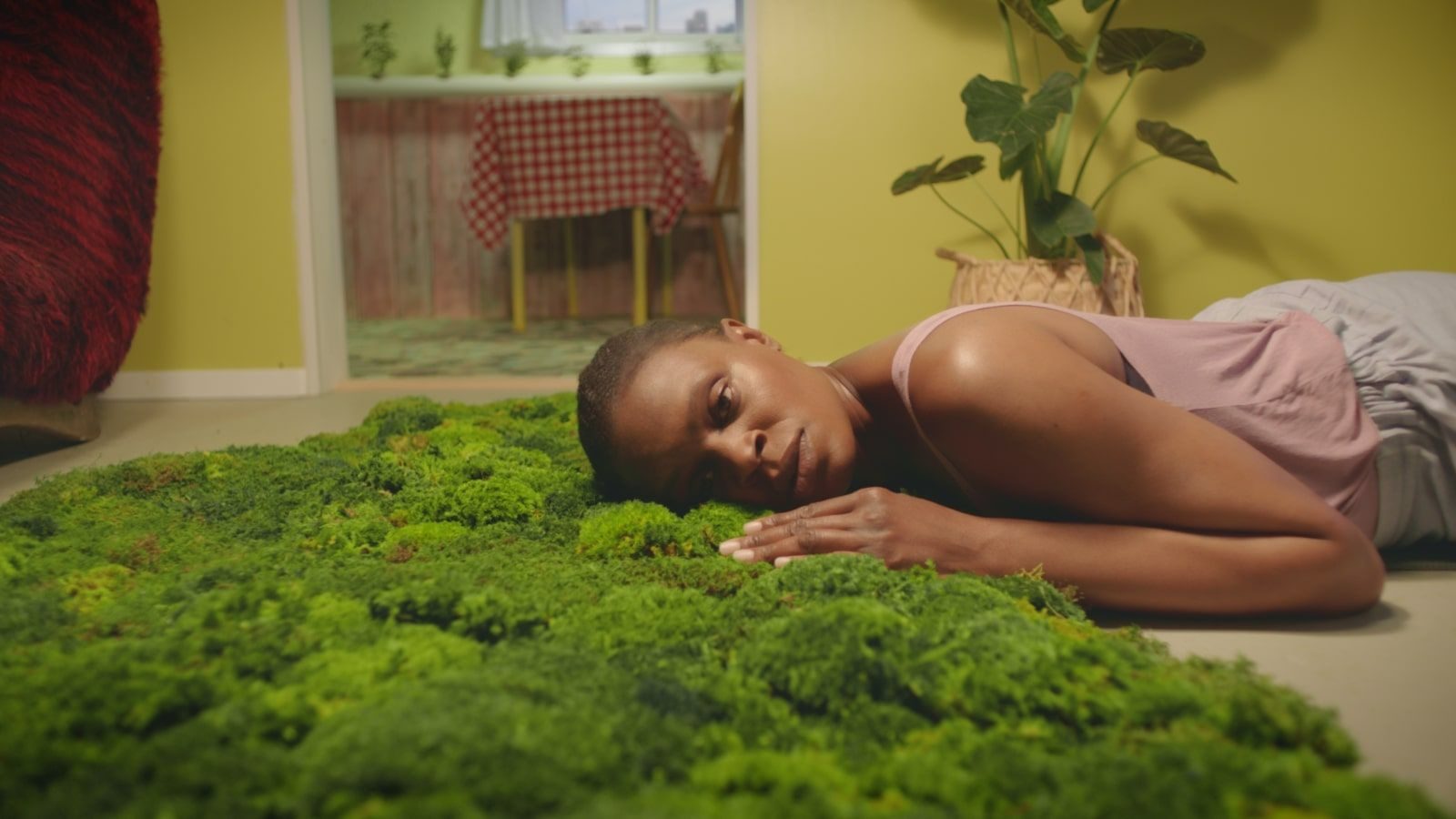 Mirroring the isolation of the current, continued pandemic, Mika Rottenberg and Mahyad Tousi’s Remote pushes audiences into an unspecified future year. In this world, everyone lives alone. People bond over dog shows and virtual reality, mutually consuming content while sitting alone in apartments across continents. Everything is colorful, even as joy seems to have been drained from existence. In Remote, no one is connected without the ease of technology.

Yet the film cannot connect the audience to the world it’s creating, regardless of obvious similarities. It’s a heightened version of our current state of living, consumerism and loneliness at an all-time peak. Screens inhabit each person’s line of version, and the idea of touching another human feels impossible.

Unoaku (Okwui Okpokwasili) spends her days obsessed with a South Korean dog-grooming program wherein a cat clock spins its dial in the wrong direction. She’s bullied online for this claim until she finds a community of counter-clockwisers. They bond over a shared experience: the shared feeling of being lesser-than simply because of their confusion, culminating in a sequence filled with finger holes, long nails, and connectedness.

Without the wit needed to sustain its runtime, Remote labors along. It’s an odd story without enough resonance, too on-the-nose for meaningful insight and too serious to be taken as satire. It lacks levity to be sustainable: drab in its depiction of human life, regardless of the bright colors, the loud advertisements, and digital emphasis of the project. Remote has little life in its bones, notwithstanding the final act of ingenuity and weirdness—a bold swing by true artists that doesn’t inhabit the rest of the feature.

Production design stands out, and Rottenberg and Tousi understand to put the camera in unsuspecting places. As filmmaking shines, the script suffers: with minimal substance and all lessons explained during the first act, Remote loses attention before attempting to grab it back with a big finish. It’s too little, too late.

Okpokwasili gives a solid, unsurprising performance in the lead role, allowing the world to seep into the frame. She plays second fiddle to the digital devices and screens around her, even if her character’s remarkability is revealed in the final 15 minutes. She’s part of something bigger, a web of people who all see the world in a similar way for a specific reason. Unfortunately, that’s the extent of subtle messaging.

Rottenberg and Tousi’s visual eye shouldn’t be doubted in the face of a lackluster story. The use of different languages is clever and involved, placing characters of differing origins with differing dialects next to one another. It’s one of the few positive aspects of this future world.

The film looks and feels distinct, having a sense of realism, but the issue remains: Remote is sapped of all cheer. Excitement is manufactured. Even if the world has relatability, the characters do not, and that lack of attachment cannot be recovered with production design, virtual reality, or dog-grooming shows.