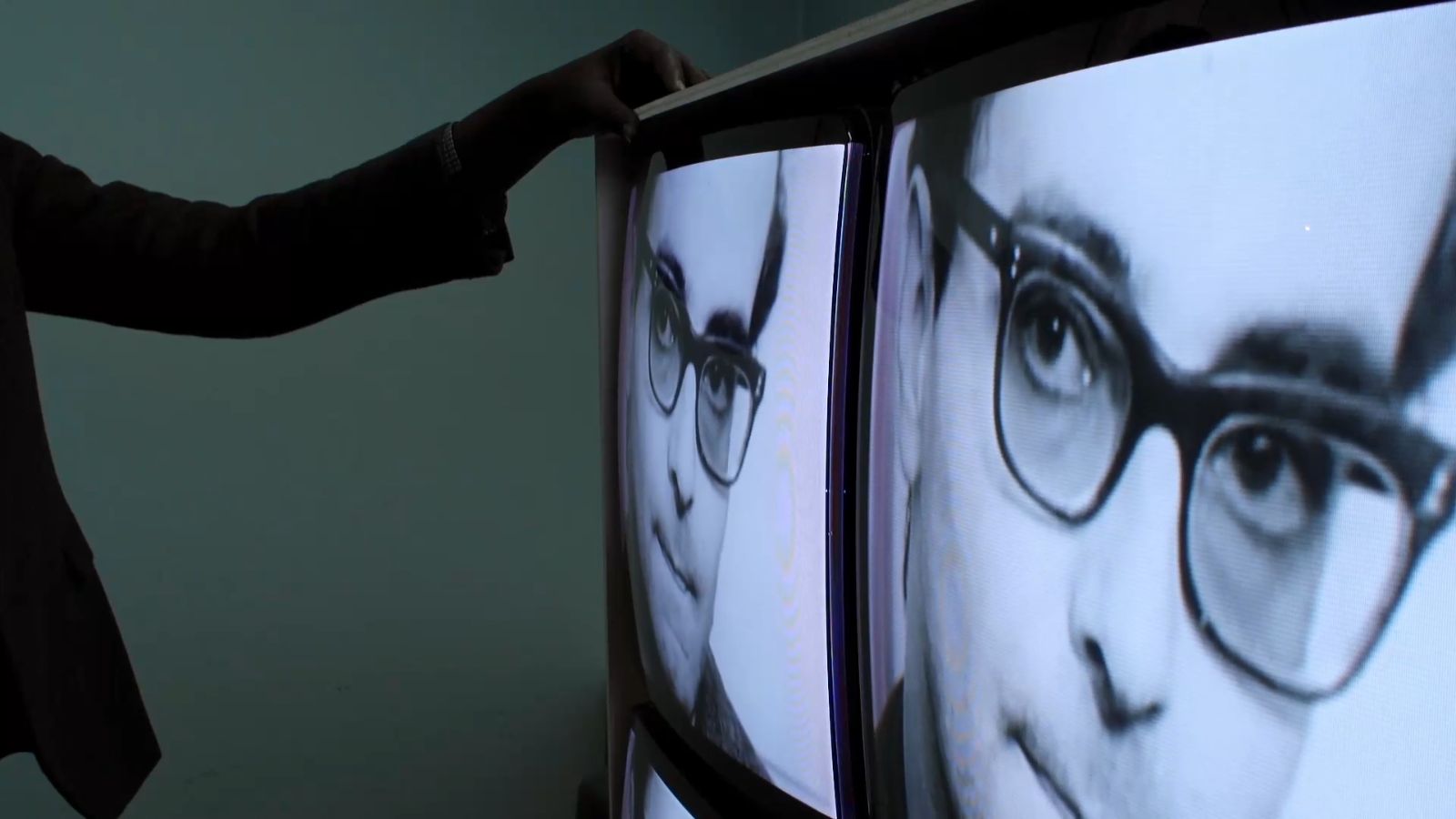 The five college-aged kids in Jean-Luc Godard’s La Chinoise speak like revolutionaries. They discuss violent means of change, necessary evils to alter the current course of France’s collective cultural direction. In multiple senses of the word, they were actors. Only one person in Godard’s film was actually a Maoist, a revolutionary fighting for justice across continents: Senegalese activist Omar Blondin Diop, subject of the new documentary Just a Movement.

Directed by Vincent Meessen, it examines Diop’s life through a series of interviews with his brothers, extended family, and friends, using the framework of Godard’s film to tell his story. With archival footage and photographs of Godard and Diop, scenes from La Chinoise, and current activists, musicians, and events within Dakar, Meessen creates a fuller picture of the connection between these two time periods. He gives little explanation for the images being shown, choosing not to employ lower-thirds, title cards, or superimposed text explaining the who, what, when, and where of these moments. It’s a conglomerate of information, artists, and demonstrators with the common goal of “change.”

Omar Blandin Diop’s story remains the focus. Being imprisoned in his early 20s for his intention to kidnap the French ambassador, Diop died a mysterious death while still in prison. His death became a catalyst and his story reverberates through Senegal well into the 21st century. He dipped into several groups, from the Marxist-Leninists to the Black Panthers, infiltrating the Situationists and the French Intellectual Left and participating in massive protests like the student-led Movement of March 22. Diop stands side-by-side with the leaders and organizers, known as someone who would trigger a strike in the middle of lecture halls, riling up a crowd about the need to end all injustice. Meessen knows Diop was special and wants others to be aware of his life, his death, and everything in-between.

Meessen even recreates certain scenes from La Chinoise. Two people sit in a moving train car while discussing a mixture of topics—restitution, power, and one country’s influence on another. They’re speaking with a truth and passion that’s lacking due to the sometimes comedic superficiality of Godard’s characters. Meessen’s characters aren’t characters at all. They discuss the unbound nature of identity and how each generation shifts the character of a culture, of a country—real people discussing the reality of their home.

Still, Meessen shows scenes of audiences watching this documentary, of performance layered on top of performance. It evinces an understanding of his own work’s worth. He packs the documentary with a plethora of background, history, and politics, unwilling to slow down or expound on broad swaths of facts or figures, and it’s overwhelming in speed and scope, requiring notes and Google searches to completely comprehend what you just learned over the course of 110 minutes. But (nearly) all of it has significance to a group oft-ignored by the Western world, and Diop should be discussed amongst the likes of other society-changers, people risking all of themselves for the betterment of those around them. As his family and friends say, Diop was prone to rashness and anger, but he was an important figure nonetheless.

Meessen’s Just a Movement, much like its revolutionary protagonist, has no time to waste on trivial moments. Somehow it zooms through Diop’s 27 years and related Senagelese politics over the last half-century. It’s arts- and politics-focused, exploring the life of a young man who never got to see the world he was hoping to create—one that still doesn’t exist. It is a more complete picture of the actual political movers in France and Senegal than Godard’s 1967 film, pushing a fringe character into a spotlight he has likely deserved for 50-plus years. It shows a clear artistry from Meessen, who shoots Dakar and his interviewees with a sense of appreciation and consideration. It’s imperfect but, like Diop, full of value and need.