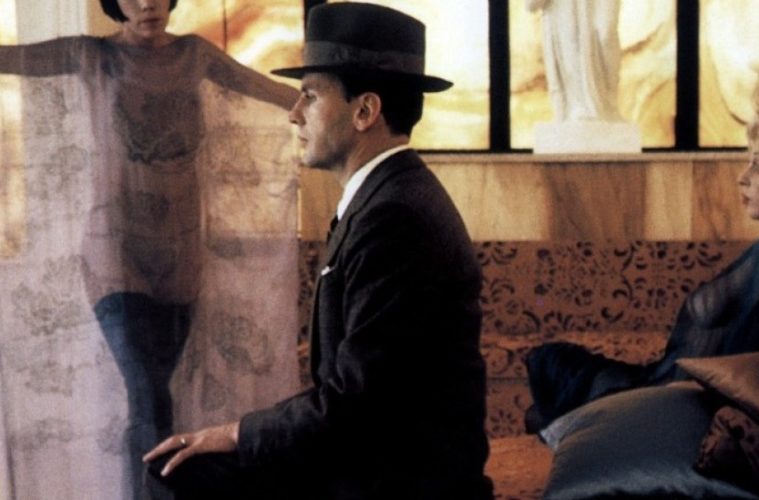 NYC Weekend Watch: ‘The Right Stuff,’ ‘The Killing of a Chinese Bookie,’ ‘The Conformist’ & More “See It Big! The American Epic” has quite the weekend in store, beginning with The Right Stuff — a movie that truly demands the big screen — on Saturday (7/20). On Sunday (7/21), one can enjoy the sight of Raoul Walsh‘s The Big Trail and Wim Wenders‘ Paris, Texas, the latter in a restored film presentation. All three will leave you with new feelings about the United States.

A print of Wong Kar-wai‘s beautiful and beguiling Ashes of Time Redux can be seen this Saturday, as part of the museum’s career-spanning retrospective.

Admission is granted with a museum ticket, while seating is available on a first-come, first-served basis.

L’Avventura continues over the next week, giving one even fewer excuses to miss a classic during its New York run.

Friday (7/19) offers two unique visions of American masculinity: John Cassavetes‘ Husbands and The Godfather. The former helmer will be seen yet again when, Saturday (7/20), The Killing of a Chinese Bookie is screened, followed by a Sunday (7/21) showing of Rosemary’s Baby, in which he has a prominent role. All except Coppola‘s picture can be seen on 35mm.

Bernardo Bertolucci‘s The Conformist, Godard‘s La Chinoise, Akira Kurosawa‘s I Live in Fear, and Milos Forman‘s Loves of a Blonde — 35mm, all of them — play under Agnès B. Selects this weekend. One can acquire tickets at the theater’s box office. The Big Lebowski makes another repertory appearance, this time at IFC for Friday (7/19) and Saturday (7/20) midnight screenings.

Escape from New York can be seen both day and night, allowing one to easily jump from a current release to this ’80s John Carpenter classic.

One of the best films Terry Gilliam has ever had the honor of participating in is, for him, easily the most unfortunate: Lost in La Mancha, an eye-opening documentary that shows, first-hand, just how wrong things can go for one production. It can be seen a bit after midnight on Friday and Saturday.

In accord with the recent Mel Brooks retrospective, his finest producing effort, David Lynch‘s The Elephant Man, plays in the morning over these next few days.

Hammer horror, at midnight, on 35mm. What else do you need but The Brides of Dracula?

But, if that’s not your speed, come around to see Busby Berkeley‘s For Me and My Gal on Saturday (7/20) or Sunday (7/21). Sometimes, Gene Kelly and Judy Garland do the trick.

“Nitehawk Nasties” brings with it a 35mm presentation of Night of the Living Dead, coming your way in post-midnight screenings on Friday (7/19) and Saturday (7/20).