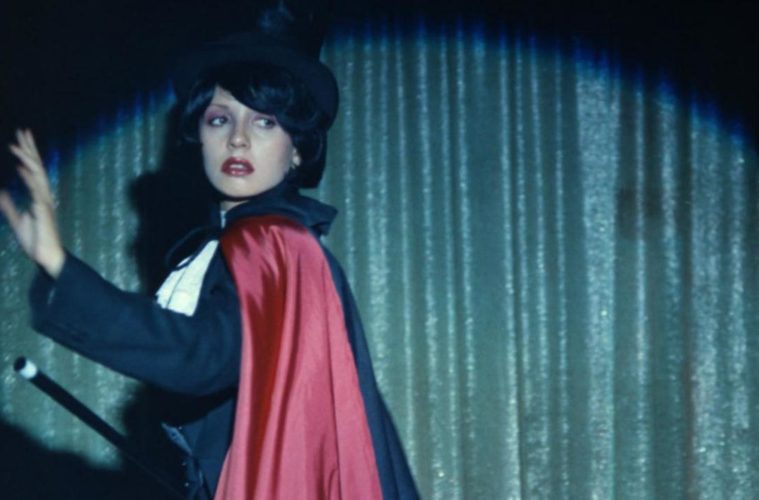 “Lynch/Rivette” enters its final weekend, and some terrific things are in store. On Friday, Rivette‘s Paris Belongs to Us and Duelle will play at 3:30 and 9:15, respectively, while Lynch‘s Lost Highway screens at 6:30. The great, inevitable double feature is this Saturday, when Celine and Julie Go Boating plays ahead of Mulholland Dr. Take a plunge into madness on Sunday with INLAND EMPIRE and The Story of Marie and Julien, as well as a repeat of Lost Highway. All are on 35mm.

“The Complete Studio Ghibli” brings, as the title would so clearly imply, plenty of options, including six Miyazaki features just this weekend.

Die Hard, Reservoir Dogs, The People Under the Stairs (on 35mm) play at midnight.

Also screening are 8½, It’s a Wonderful Life, and Home Alone.

The American International Pictures series comes to an end.

The restoration of Godard‘s Pierrot le Fou begins its run.

Double Indemnity and Chinatown are playing on Saturday, while Psycho screens this Sunday.

A print of Hook screens around the same time as Elf, but is also (currently) sold-out.

National Lampoon’s Christmas Vacation will play at midnight on Friday and Saturday.