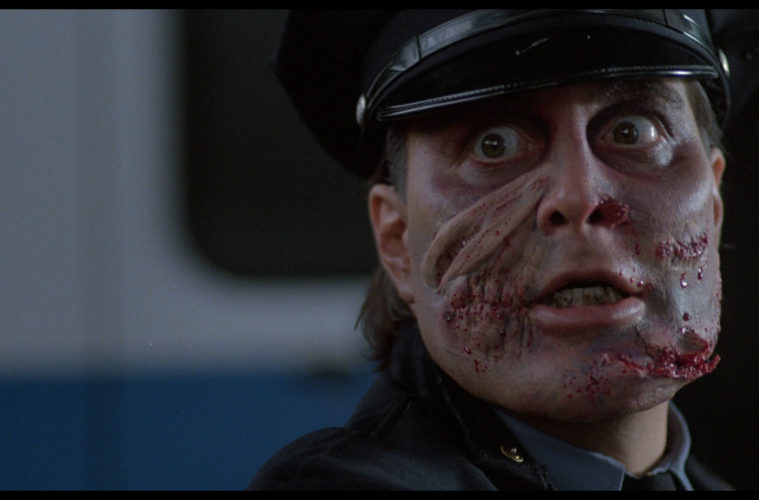 The fact that this bit of news is so damn exciting reminds me just how old I am. No matter! Nicolas Winding Refn, the genius behind Bronson and Drive is joining the legendary schlockmeisters Larry Cohen and William Lustig in rebooting the 80’s cult horror-thriller series Maniac Cop. [Daily Grind House via Bad Ass Digest]

If you were born after, say, 1982 or so and thus didn’t visit your local video stores horror section religiously, you might not be familiar with Maniac Cop, directed by Lustig, written by the legendary Larry Cohen (Phone Booth, It’s Alive) and even starring a young Bruce Campbell. The plot? Here’s the IMDb description, one I doubt anyone could improve upon: “In New York, a man in a cop’s uniform starts killing people for no apparent reason.”

Maniac Cop – along with it’s two sequels and 2008 remake attempt – is a shamelessly gory, gleefully anarchic guilty pleasure. And it makes some kind of lunatic sense to see Refn climb onboard. His treatment of a well-trod genre with Drive proves that the guy can pretty much do anything. The details? This is what Cohen told DG:

“It’s going to be more a prequel than anything else, I am really excited to come back to this world especially since Nick is going to be a part of it” said Cohen. “Nick (Winding Refn) has been talking to us about it for a while now and I had an idea that would work so we’re going to do it.” Cohen said that the film will still maintain the noir-ish comic book feel of the first three films but “with a bigger budget than the others have had.”

And bear in mind that “the project isn’t 100% signed off on but it’s pretty close.” Who will direct? No word on that yet, but I secretly hope that Refn takes it on. Lustig and Cohen are old hands, but it seems unlikely that either of them will be helming unless Refn – and (oh, please!) Ryan Gosling, maybe – are involved in some capacity. I hope this comes together as the great Cabin in the Woods has suddenly opened up a whole new realm of possibilities for horror. A similar treatment of this “classic” gore-fest might be just what our current, creatively flat movie landscape needs.

Have you seen the original Maniac Cop? How about Maniac Cop 2? Maniac Cop 3? Will you judge me too harshly because I’ve seen all of them?