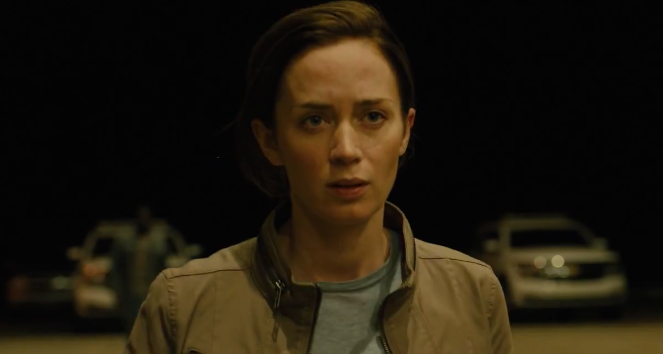 The announcement of this year’s initial Toronto International Film Festival line-up brought with it many notable titles one could have predicted, but as so often with any festival, it’s the surprises we truly look forward to. Today brings a batch of trailers that, aside from one notable Cannes premiere, could fill those slots.

Along with a brief trailer for Denis Villeneuve‘s Sicario (review), we also have a preview for Johnnie To‘s Office, the French drama Summertime starring Cécile De France, Deepa Mehta‘s Beeba Boys, the Mathieu Amalric-led Families from director Jean-Paul Rappeneau and Paul Gross‘ Hyena Road. Check them all out below and let us know what you are most looking forward to.

In the lawless border area stretching between the U.S. and Mexico, an idealistic FBI agent (Emily Blunt) is enlisted by an elite government task force official (Josh Brolin) to aid in the escalating war against drugs. Led by an enigmatic consultant with a questionable past (Benicio Del Toro), the team sets out on a clandestine journey that forces Kate to question everything that she believes.

Billion-dollar company Jones & Sunn is going public. Chairman Ho Chung-ping has promised CEO Chang, who has been his mistress for more than 20 years, to become a major shareholder of the company. As the IPO team enters the company to audit its accounts, a series of inside stories start to be revealed. Starring Chow Yun Fat, Sylvia Chang, Tang Wei and Wang Ziyi.

An adrenaline-charged violent Indo-Canadian gang war mixes guns, bhangra beats, bespoke suits, cocaine, and betrayal. Gang boss Jeet Johar and his loyal, young crew are audaciously taking over the Vancouver drug and arms scene from an old-style crime syndicate. Hearts are broken and family bonds shattered when the Beeba Boys (known as the “nice boys”) do anything “to be seen and to be feared” — in a white world.

Delphine, the daughter of farmers, moves to Paris in 1971 to break free from the shackles of her family and to gain her financial independence. Carole is a Parisian, living with Manuel, actively involved in the stirrings of the feminist movement. The meeting of the two women changes their lives forever.

When Shanghai-based businessman Jérome Varenne learns that his childhood home in the village of Ambray is at the centre of a local conflict, he heads there to straighten things out and finds himself at the centre of familial and romantic complications.

A sniper who has never allowed himself to think of his targets as humans becomes implicated in the life of one such target. An intelligence officer who has never contemplated killing becomes the engine of a plot to kill. And a legendary Mujahideen warrior who had put war behind him is now the centre of the battle zone. Three men, three worlds, three conflicts — all stand at the intersection of modern warfare, a murky world of fluid morality in which all is not as it seems.