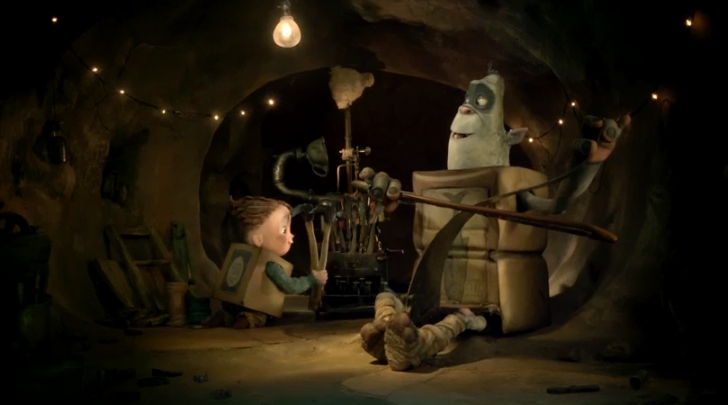 New Trailer Highlights the Hands Behind Laika’s ‘The Boxtrolls’ It won’t open for another 10 months, but Laika, the group that gave us 2009’s Coraline and 2012’s ParaNorman, are already hard at work on their next stop-motion animation, The Boxtrolls. Teased in an initial preview this past summer, we now have another, which smartly showcases the hands behind the work, before previewing a few new scenes.

Directed by Anthony Stacchi (Open Season) and Graham Annable (who worked on the story for both of the company’s previous films), The Boxtrolls is based on Alan Snow’s novel Here Be Monsters and follows a group of sewer-dwelling oddballs, who are perceived as dangerous, but in fact have raised a orphan boy. As major fans of the group’s previous work, I’d like to see an extended trailer with the gist of our story, but this new teaser has us looking forward to next fall. Check it out below for the film featuring Ben Kingsley, Isaac Hempstead-Wright, Elle Fanning, Jared Harris, Toni Collette, Nick Frost, Richard Ayoade, Tracy Morgan and Simon Pegg.