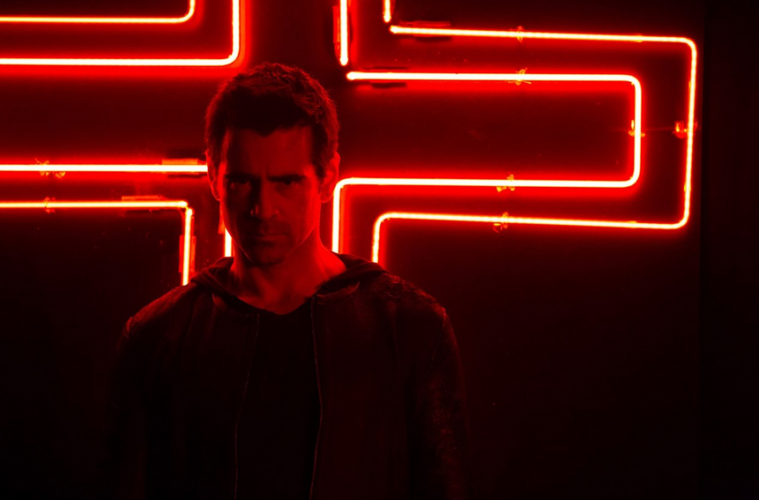 With shooting concluding back in mid-2013, it’s been a long time coming for the U.S. release of Solace, a drama featuring Anthony Hopkins as a retired psychic crime analyst who comes back for one more job with an agent, played by Jeffrey Dean Morgan. With the help of Abbie Cornish, they must solve bizarre murders carried out by Colin Farrell, who has a few supernatural powers. Now set for a release next month, Lionsgate has finally released a domestic trailer.

Coming from 2 Rabbits director Afonso Poyart, reviews haven’t been too kind to the film during its international run, but we’re intrigued to see another role from Colin Farrell, after delivering one of the year’s best performances in The Lobster. Check out the new trailer and poster below.

When FBI Special Agent Joe Merriwether (Jeffrey Dean Morgan) is unable to solve a series of homicides, he decides to enlist the help of his former colleague Dr. John Clancy (Anthony Hopkins), a retired physician with psychic powers. The reclusive Clancy, who shuttered his practice and retreated from the world following the death of his daughter and subsequent break-up of his marriage, wants nothing to do with the case. He soon changes his mind after seeing disturbingly violent visions of Joe’s partner, FBI Special Agent Katherine Cowles’s (Abbie Cornish) ultimate demise. When Clancy’s exceptional intuitive powers put him on the trail of a suspect, Charles Ambrose (Colin Farrell), the doctor soon realizes his abilities are no match against the extraordinary powers of this vicious murderer on a mission.