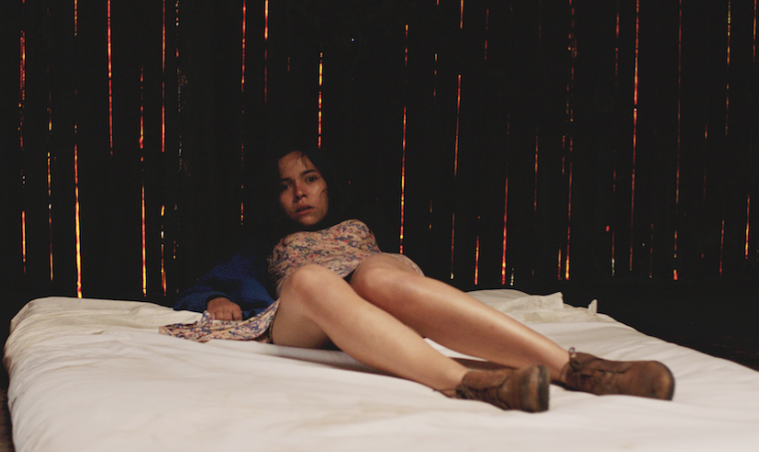 New to Streaming: ‘The Untamed,’ Jean-Luc Godard, ‘Whose Streets?,’ and More

Cinema Through the Eye of Magnum (Sophie Bassaler)

When one conjures iconic memories from cinema history, they might be of your favorite shot or sequence, but my mind often travels to behind-the-scenes photos featuring director, cast, crew, and beyond. These photographs often have a unifying connection: they come from Magnum Photos. Since 1947, the photographic cooperative — founded by such iconic names as Robert Capa amd Henri Cartier-Bresson — has been responsible for legendary images and now they deservedly are the subject of a documentary. – Jordan R. (see an exclusive clip)

As we await Jean-Luc Godard’s next film, likely arriving in 2018, we’ve recently been afforded the opportunity to see newly restored works from the greatest living director. This week, we discussed a new restoration of Grandeur and Decadence at New York Film Festival, and now Kino Lorber have put out a pair of his late 60s classics on Blu-ray. Along with that, La Chinoise and Le Gai Savoir are also available to stream. – Jordan R.

Catherine Deneuve continues expanding her never-ending range in The Midwife by playing Béatrice Sobo, a loud, outspoken chainsmoker who lives with acquaintances, eats and drinks too much, and is never afraid of uttering a vulgarity if she sees it fit. Béatrice is perhaps the polar opposite of what we think about when we think Deneuve, and yet, as with all the other eccentrics she’s played, the actress grounds her through an otherworldly grace and humanity. Even though everything about Béatrice should repel us, we are drawn to her like bees to honey. – Jose S. (full review)

It’s rare for a documentary to inspire applause during the feature, but there you have the power of Amanda Lipitz’s Step, an inspiring crowd-pleaser that provides a positive look at the lives of every day teens in Baltimore, living in the shadow of Freddie Gray and the subsequent unrest related to his death. Step is a universal story of triumph, following a year in the life of a dance team at the Baltimore Leadership School for Young Women as their seniors get accepted into school, experience heartbreak, and ultimately make in-roads in step competitions, crafting an elegant and powerful dance inspired by Black Lives Matter and their neighborhoods. – John F. (full review)

There’s something dark and wonderful lurking in The Untamed, the brilliant, frightening, hyper-real erotic mystery from the mind of Mexican auteur Amat Escalante, whose Heli ruffled more than a few feathers in Cannes a few years back. Is the 37-year-old merely a provocateur? On the evidence of his latest film, he is clearly not. The plotline of a strange extraterrestrial being that lurks in the woods granting ultimate pleasure sounds like a schlocky drive-in science fiction flick, but the director heightens things immeasurably by expertly cultivating the visceral, aesthetic nowhere of a drug trip, as if the characters involved (and perhaps the viewer) are participating in some sort of communal high. – Rory O. (full review)

Dedicated to Michael Brown Jr., Whose Streets? is an alarming and vital documentary chronicling the grassroots formation of Black Lives Matter as well as efforts in Ferguson. A narrow document of time and place, it allows the story to unfold as it did on a local level — in a clutter of confusion, tweets, and amateur video as the Ferguson Police Department show up with guns and tanks to what starts as a peaceful protest. – John F. (full review)

Lantana
White Ant
Wherever You Go, There We Are
Homeland (Iraq Year Zero)
Wasteland No. 1: Ardent, Verdant
Rainy Dog
Breaking the Sound Barrier

Bullet to the Head
Closed Circuit
One of Us