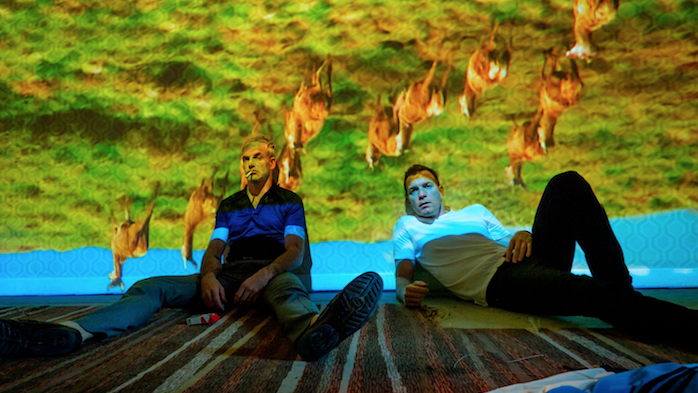 Daughters of the Dust (Julie Dash)

That there’s a fair chance you’ve never seen Daughters of the Dust — full disclosure: I am among these people — should be taken as a failure of distribution and exposure, not the film’s quality and impact. There’s also a fair chance that the closest you’ve really come to Julie Dash‘s 1991 film is Beyoncé’s Lemonade, which paid a direct visual tribute that, according to the helmer herself, sped along Cohen Media Group’s ongoing restoration — and, today, after a theatrical release, it’s now available to stream on Netflix. – Nick N.

One can accuse François Ozon of many things, but lack of ideas isn’t one of them. The prolific French auteur is a constant presence at A-list film festivals since the late 90’s and has proved to be a true writer’s director, with his films often characterized by a meticulous construction and the vigorous thought process that goes on behind it. His latest, a remake of Ernst Lubitsch’s Broken Lullaby with a twist, juxtaposes themes of grief, guilt, forgiveness, and the deceptive, self-inventive qualities of narrative against the backdrop of post-WWI Franco-German tensions. It’s a heady hall of mirrors that keeps revealing, or at least suggesting new depths and angles. But while this kind of intense creative exercise no doubt deserves respect, ultimately one has the uneasy sense that things don’t really add up. – Zhou-Ning Su (full review)

From What is Before (Lav Diaz) Depending on your attitude, the 5-hour, 38-minute length of Lav Diaz’s From What Is Before might represent a handicap in its favor, or a demerit. A certain stripe of viewer will praise the film in lieu of wearing an “I survived From What Is Before and all I got was this…” t-shirt; another will compensate for the numbness it induces with hostility. Frankly, I can’t divest myself of either feeling, and this disclosure is imperative to discussing Diaz. Because unlike Shoah, Berlin Alexanderplatz, or any number of Jacques Rivette films, From What Its Before reflects its length in almost every facet of its production value and aesthetic, and watching any given minute would provide most prospective viewers with the impression that there are around 337 more where that came from. – Sky H. (full review)

A “religious western” is how Moroccan-based Spanish director Oliver Laxe describes his second film, Mimosas, winner of the top prize at Cannes’ Critics’ Week. It’s a spiritual, ambiguously plotted journey through the Atlas Mountains, and those willing to give in to its mystical embrace and gorgeous visuals should find it a sensual, engrossing watch. – Ed F. (full review)

Ahead of their global release of one of the year’s most thrilling films, Bong Joon Ho‘s Okja, Netflix has added a trio of his earlier work to their library. From his directorial debut Barking Dogs Never Bite to his other creature feature The Host to his tender, moving drama Mother, these are all essential watches before the end of the month. – Jordan R.

The Son of Joseph (Eugéne Green)

As my first introduction to the films Eugéne Green, The Son of Joseph displays an impressive formal approach and playful sense of comedy. In the story of a teenager attempting to track down his real father — and the aftermath of what that entails — Green’s Bressonian style melds nicely with his colorful palette, creating one of the more distinct features of the year so far. – Jordan R.

We said in our review from Berlinale, “The first film’s breakout stars Ewan McGregor, Johnny Lee Miller, Ewen Bremner, and Robert Carlyle all return, and with age comes a clearer self-understanding of their place in society. Twenty years ago, these characters emerged from Britain’s underclass as upbeat, energized, and enterprising. Now they’re back in Edinburgh, newly gentrified and, if anything, stultified by new money – there’s even less place in society for these downtrodden characters that looked like they may be emancipated twenty years ago.”