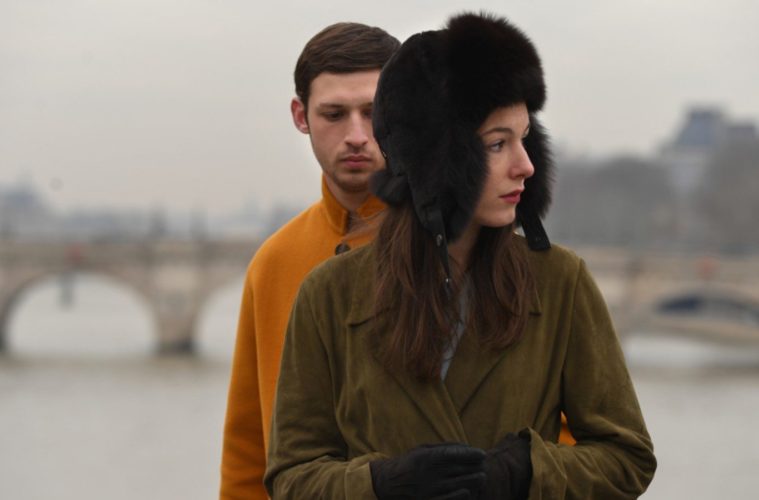 Fighting with My Family (Stephen Merchant)

A crowdpleaser down to its bones, Fighting with My Family shows the importance of bringing an entertaining perspective to a true story. This tale of a British underdog with major wrestling dreams is thoroughly elevated by the participation of writer-director Stephen Merchant. His brand of dry, off-kilter comedy surges through what is an otherwise inspiring, but by-the-numbers tale of childhood aspirations come true. – Jordan R. (full review)

James Mangold’s Ford v Ferrari is, in a word, sturdy. It’s the kind of airtight drama that could never be called groundbreaking or even original. But it offers ample pleasures in performance—from stars Matt Damon and Christian Bale—and design. While it could be a bit nastier, this is unquestionably intense grade-A Hollywood entertainment. The racing sequences are genuinely thrilling, and even the boardroom and back-office battles are compelling. – Chris S. (full review)

So much of who we are relies upon perception when our reactionary society is too quick to judge on instinct without extending any benefit of the doubt. This is the impossible environment playwright J.C. Lee and director Julius Onah bring to life with Luce. They put a boy on trial without evidence–besides his accusers’ fears, since half-truths and assumptions will always be easier to embrace than simple explanations rendered complex by the inherent bias American entitlement provides as privilege. While Naomi Watts and Octavia Spencer are fantastic as hybrid judges/jury/witnesses, it’s Kelvin Harrison Jr. who steals the show once their characters force him to turn a heart-dropping disappointment at their lack of faith in him into the unyielding determination necessary for vindication. By the end we discover this truth: innocence is obsolete. – Jared M.

“It’s all just fucking impossible.” So says Taylor Swift, in reference to being a young female in show business. Being too bold draws this criticism, too safe draws that criticism. It’s one of a few observations that make this documentary more compelling than its straightforward structure would suggest. Miss Americana, directed by Lana Wilson, is framed like a confessional from the pop star who has been famous for more than half of her young life. Only recently thirty years old, Swift is front-and-center for the majority of the film, speaking openly about her stratospheric success and the hardships that followed. – Dan M. (full review)

The Films of Paul Schrader

It’s only fitting that in the week a new Taylor Swift documentary arrives, The Criterion Channel dedicates a new section to super-fan Paul Schrader. Not only are six of his finest works available to stream (including Hardcore, pictured above), there’s also a brand-new 30-minute documentary on the director helmed by none other than Alex Ross Perry and captured on the set of his masterpiece, First Reformed. – Jordan R.

Something is causing the ground to shift underneath a new Chinese suburb in writer-director Qiu Sheng’s intriguing, adept debut feature. High-rise towers are listing to the side, and residents are being evacuated. As Suburban Birds begins, a team of engineers is on-site to investigate the cause—ideally quickly, without disrupting the planned subway tunneling, so that this little part of China’s development boom can proceed. Make way for tomorrow! It’s left to Qiu to survey the restless earth around the foundations of the future, via a subtle structural gambit that marks his voice as one worth listening to. – Mark A. (full review)

Following Policeman and The Kindergarten Teacher, Nadav Lapid’s Golden Bear winner completes an unofficial trilogy on Israeli identity, and confirms the director as one of the most invigorating cinematic talents to emerge in the last decade. In a prodigious debut performance, Tom Mercier plays an Israeli ex-soldier recently arrived in Paris as a mix of Travis Bickle and John Carpenter’s Starman. That we can’t decide whether he’s a psycho or a holy fool represents just one of the many irresolvable ambiguities that propel Lapid’s ferocious confrontation with this most contentious of thematics. – Giovanni M.C.

Until the End of the World (Wim Wenders)