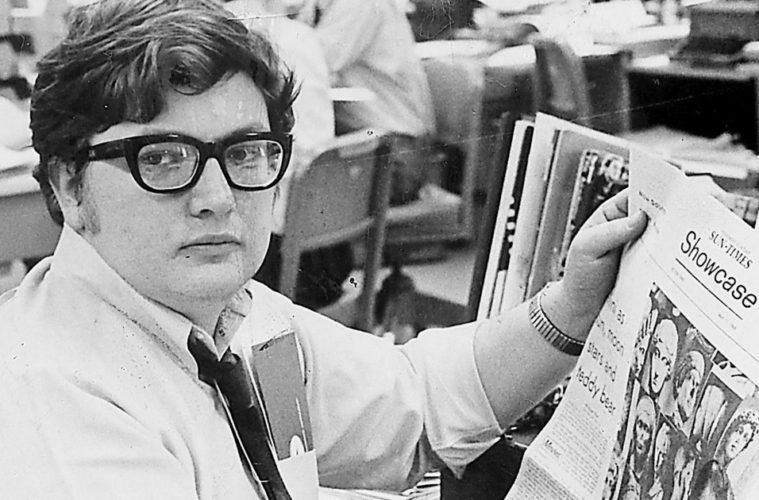 It’s all about process. Before our very eyes, a seemingly airtight case is dismantled piece-by-piece, each of the deliberating jurors about to convict a young man slowly-but-surely coming around to a cool-headed protagonist over one hot, sweaty, surly backroom session. Sidney Lumet’s picture is not without a few niggling problems — including questions of how this person would actually not be guilty; some of the script’s too-easy emotional tugging — but this is an exemplary manipulation of physical space and character psychology that never really cheats in either direction. A narrative that couldn’t function so properly outside of its assigned form: the ideal real-time film. – Nick N.

Although documentaries often present real-life people working in risk-filled areas, the results can be quite banal. Half of reality television is filled with potentially exciting subjects: ER surgeons; truckers crossing thin sheets of ice; Alaskan crab fishers; or cops working some of world’s most dangerous streets. The problem with these shows is that, more often than not, their content boils down to one simple idea: “pretty crazy stuff!” In a breath of fresh air, After Tiller actually explores the psychology of four late-term abortion doctors, a group whose work is not inherently dangerous, but whose professional embroilment in political controversies have made them potential targets. Instead of gaping at this profession and the dangers surrounding it, directors Martha Shane and Lana Wilson have crafted a nuanced psychological portrait of why the set would fight for women on these front lines, as well as the ethical, political, and moral decisions they face every day. – Peter L. (full review)

For any number of reasons, crime sagas that earn a Goodfellas comparison would not strike the average viewer as a prime candidate. Yet Fernando Meirelles, not nearly as good ever since, gives a story of Brazilian debauchery its human core in the form of a young, ambitious, wholly relatable boy evolving into manhood under what, we’re led to feel, are the worst conditions known to man. That we’ll likely never know many (or all) of the situations that play out herein makes City of God’s reverberations an even greater miracle. – Nick N.

John Hillcoat‘s Lawless, with its Tommy guns, tilted fedoras and backwater blues, is certainly the most American film to show at Cannes in some time. It’s the 1920s in Virginia and Prohibition is at full-tilt, a band small-town brothers named Bondurant – Howard (Jason Clarke), Forrest (Tom Hardy) and Jack (Shia LaBeouf) – making a hefty profit off the moonshine they brew in the deepest part of their Franklin County forest. – Dan M. (full review)

Known for his intimately personal style of filmmaking and, often, drawing from his own experiences, there are always tugged emotional heartstrings that permeate the core of Hirokazu Koreeda’s films. With his latest title, Like Father, Like Son, the Japanese director drew from his experience of becoming a father to craft an intensely poignant film about parenthood. Oftentimes heart-wrenching, Koreeda is able to weave a range of emotions by remaining slightly detached and observing the subtle mannerisms of both families; with such great performances from both of the child actors, it’s near-impossible not be bowled over by their struggle to understand what’s happening. – Raffi A. (full review) Science! You either see it as the backbone to understanding or you don’t, and everyone who doesn’t, may want to avoid Mark Levinson‘s Particle Fever because it’s first and foremost a document about the subject’s cool factor and importance. If you’re a creationist and everything you hold true about our origin comes from a book written centuries ago by multiple people who potentially had a simultaneous psychotic break to hear voices, all sense of wonder and discovery is nonexistent in the present. What point is there to search for answers when you know death brings salvation? Only in Paradise can you discover something new and real. For scientists, however, the rush of adrenaline uncovering a truth never before seen by humanity is as crucial an experience as a Catholic meeting God. They’re finding miracles. – Jared M. (full review)

There’s a scene about halfway into David Mackenzie’s Perfect Sense in which people become scavengers, rushing about eating everything in plain sight, from hands to flowers to peanut butter. When it’s all said and done, they have lost their ability to taste. It reads more visceral and engaging on the page than it comes across on the screen. Still, this is a unique world from the minds of Mackenzie and his writer Kim Fupz Aakeson, determined to find optimism in the most dire of science-fiction scenarios. – Dan M. (full review) Enduring and funny, Premature, much like last year’s The To Do List, is a useful entry into that time test genre of the summer teen sex comedy. It’s a shame nowadays most of them find their audience not in the theater with a crowd, but on VOD. This is a perfect movie for a group of 15-year-old boys, but perhaps they will experience it alone, much like the sexual history of our hero Rob (John Karna). – John F. (full review)

With a title of Transcendence the promise of mind-bending science-fiction is apparent before one sees a frame of the film. Too bad then, that Wally Pfister’s new AI thriller ends up being anything but, eschewing the awesome possibilities of its concept for ancient, creaky Frankenstein-esque indictments about man’s hubris. Pfister, who has long served as Christopher Nolan’s cinematographer, gives the movie the proper visual sheen, but although it may look like a Nolan film from the distance of the trailers, it doesn’t walk or talk like one, regardless of how many gentle speeches Morgan Freeman gives. – Nathan B. (full review)