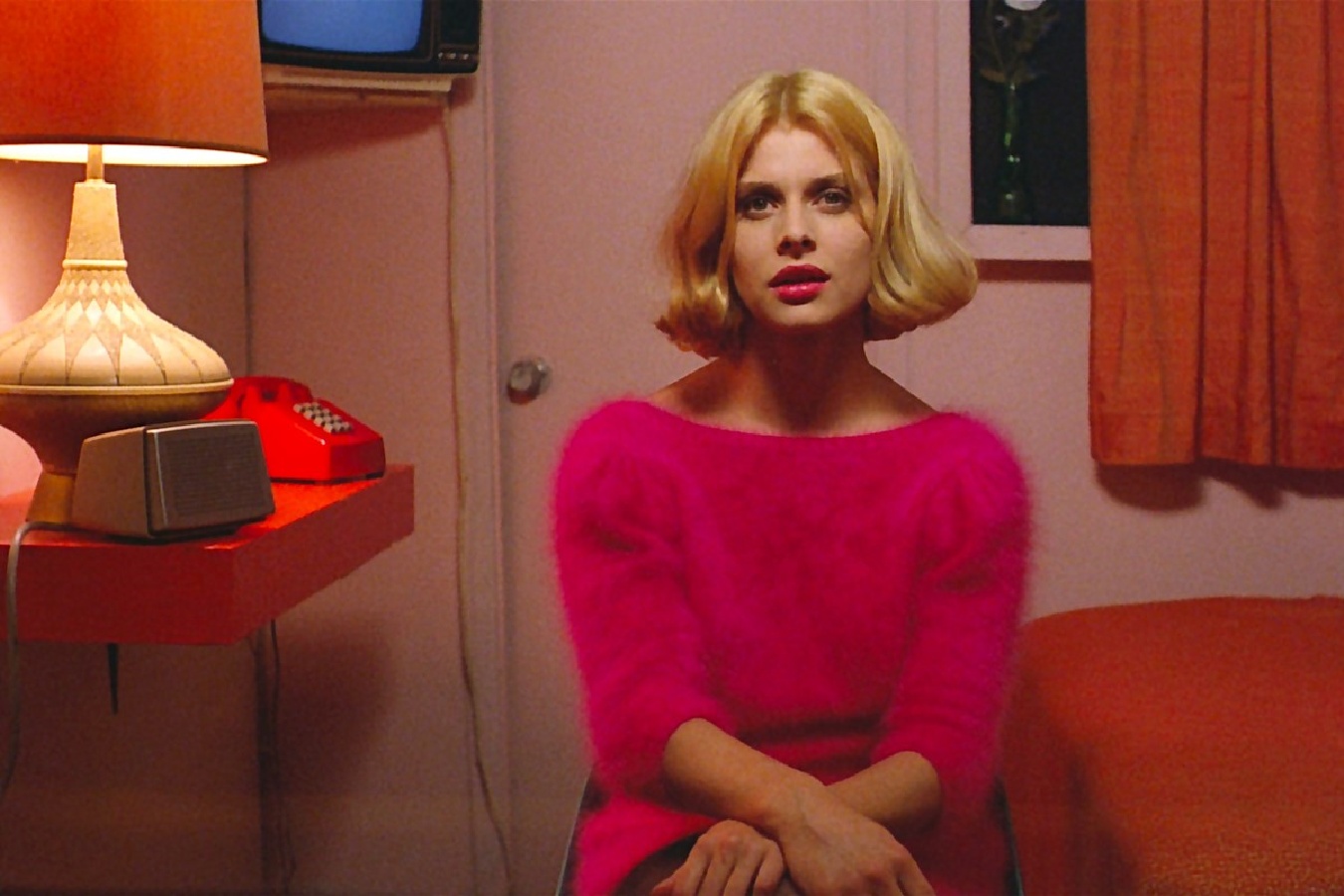 It makes no sense. The night before saw Alice Ferrand’s (Emilie Piponnier) husband François (Martin Swabey) going out of his way to passionately make-out with her in front of their friends at a dinner party and now he won’t answer her calls. Despite his running out of the house earlier than usual without any explanation, however, there’s nothing to make her think something is wrong until a trip to the drugstore exposes a freeze on their finances. One credit card won’t work. Then another. The ATM won’t accept her sign-in and François still isn’t picking up his phone. Alice has no other option but to set a meeting with the bank and figure out what’s happening on her own. It’s there that she learns the money is gone. – Jared M. (full review)

Thanks to a bout of syphilis contracted before the age of fifteen, Alphonse Gabriel “Scarface” Capone found himself trapped inside a prison much worse than the federal penitentiaries in which he also spent time. With almost seven years spent within their concrete walls, the notorious gangster had almost eight more to live within the confines of a rapidly deteriorating mind. We can therefore speculate about the dementia’s effect on his already volatile personality because we understand how the disease operates. Pair the fact that he was probably drifting in and out of time (while suffering multiple strokes) with the darkly violent past he enjoyed and we can begin imagining the torturous prospect of reliving his worst memories without the innate ability to numb his body to their pain. – Jared M. (full review)

This week, the Cannes Film Festival would have begun and while we’re missing the coverage of the latest and greatest in cinema, The Criterion Channel are putting the spotlight on the festival in two different ways. First, they are showing titles from the 1968 edition, when filmmakers pulled their films due to the civil unrest at the time. That selection includes The Firemen’s Ball (Miloš Forman, 1967), Peppermint Frappé (Carlos Saura, 1967), Capricious Summer (Jiří Menzel, 1968), Kuroneko (Kaneto Shindo, 1968), A Report on the Party and Guests (Jan Němec, 1968), and Toby Dammit (Federico Fellini, 1968).

There is an uncomfortable, universal wound being picked at in Dan Sallitt’s latest film, regardless of which of its characters the viewer relates to more. The question is this: can we ever outgrow those close friends we looked up to in our younger years or are we destined to forever carry that complex around? This conundrum is what gnaws at the heart of Fourteen, an acutely observed and quietly expansive little film from the New York director of The Unspeakable Truth (another film with uncomfortable ideas about pseudo-siblinghood). This new feature concerns the alpha-beta (as it is perceived by the characters) relationship of two young women living in Brooklyn as, over the course of a decade or so, the beta friend adjusts to the pains and realizations of growing up and growing apart. – Rory O. (full review)

It was recently announced that Jonathan Glazer would finally be following up his bold sci-fi drama Under the Skin with a Holocaust film, one that would find him reteaming with A24. Ahead of production beginning next year, the director recently unveiled a precursor with a nightmarish new short film, backed by BBC Films, A24, and Academy Films. The Fall, which clocks in at six minutes but is more terrifying than most feature-length horror films, follows a mob whose victim gets noosed than thrown down a seemingly infinite hole, with a sliver of hope remaining before the credits roll. Featuring a haunting score by Mica Levi and through only a few shots, Glazer’s latest is a feat of atmosphere and dread, creating the kind of film that is immediately burned into one’s mind. – Jordan R.

Proof that the coming-of-age story still has a place in film, despite its countless incarnations, It Felt Like Love is a tenderly observed debut from Eliza Hittman. Venturing into areas of Brooklyn not often captured this authentically, we follow Lila (Gina Piersanti), a teenager who awkwardly (and, therefore, relatably), traverses her burgeoning sexuality. It’s a textured, warm work from Hittman, which set the stage for her follow-ups Beach Rats and Never Rarely Sometimes Always. – Jordan R.

A gem in the vast cosmology of Jonas Mekas’ career, Notes on an American Film Director at Work: Martin Scorsese follows its subject during various days and nights shooting The Departed, often sitting in silence as Scorsese watches a monitor or consults with production hands from afar. Interspersed are two old friends, seemingly from different worlds, bonding over minutiae: Scorsese telling Mekas he was refreshed during Goodfellas‘ shooting by watching Brakhage shorts; Mekas comparing The Departed‘s plot to Andre DeToth’s Play Dirty; Scorsese complaining that his cable provider gave one of DeToth’s movies too low a star rating the other night. One could come away from it thinking they since have a better grasp of Scorsese as an artist than almost any critical study. – Leonard P. (continue reading)

Driven by Mascaro’s freely associative direction that draws heavily from the physicality and animalistic nature of rodeo races, the film approaches human sexuality on a subliminal level that feels raw, essential. By breaking down taboos like explicit phallic depictions and the asexual sanctity of pregnant women, it further gains a subversive edge usually seen in queer cinema. Cinematographer Diego García, who also shot Thai director Apichatpong Weerasethakul’s mesmerizing Cemetery of Splendour, provides by turns breezily idyllic and swelteringly sensuous images here. The prolonged, one-take sex scene that more or less concludes the movie is captured with such unblinking intensity it packs the impact appropriate for all the pent-up desires as well as the story’s one unexpected revelation. – Zhuo-Ning Su (full review)

When it comes to the field of animation, many productions can often succumb to a certain sameness in their respective visual approaches. This is certainly not the case for a bold new Chilean film. Directed by Cristóbal León and Joaquín Cociña, The Wolf House is a stop-motion animation that plays out in a single-sequence shot, telling a fairy tale story based loosely on Colonia Dignidad, a German émigré-run colony in post-WWII Chile that was revealed to have been used to imprison, torture, and murder dissidents during the Pinochet regime. (Again, this is not your standard animation.) – Jordan R.

Castle in the Ground
The Times of Bill Cunningham (review)

The Documentaries of Louis Malle
Short Films by the Quay Brothers