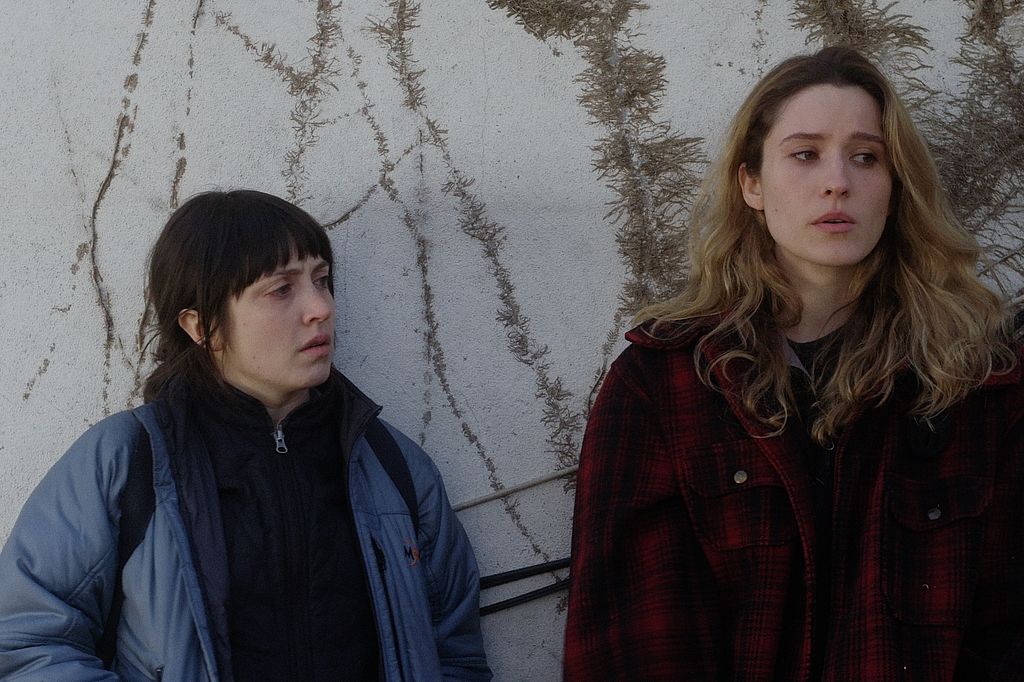 There is an uncomfortable, universal wound being picked at in Dan Sallitt’s latest film, regardless of which of its characters the viewer relates to more. The question is this: can we ever outgrow those close friends we looked up to in our younger years or are we destined to forever carry that complex around? This conundrum is what gnaws at the heart of Fourteen, an acutely observed and quietly expansive little film from the New York director of The Unspeakable Truth (another film with uncomfortable ideas about pseudo-siblinghood). This new feature concerns the alpha-beta (as it is perceived by the characters) relationship of two young women living in Brooklyn as, over the course of a decade or so, the beta friend adjusts to the pains and realizations of growing up and growing apart.

Fourteen stars Tallie Medel–who got her first break playing the lead in The Unspeakable Act in 2012–in a deeply felt and sympathetic lead performance as Mara, a hard-working Brooklyn resident who hasn’t yet managed to escape the psychological shadow of her childhood friend and current flatmate Jo (played by Norma Kuhling). Everything of the dynamic of their friendship can be drawn from the first time Sallitt has them fully share the frame, standing side by side in front of a brick wall. Mara is to the left with hunched shoulders, somewhat cowed in a zipped-up hoody with Jo beside her smoking a cigarette, eating junk food and giving few fucks, if any at all.

The film is chiefly interested in how long Mara, who is working hard to get her life on track, is willing to keep up this particular sidekick act. Mara works as a teacher’s aid while putting time aside to complete her masters as Jo floats from job to job; boyfriend to boyfriend; bender to bender. Early on, Mara notes how gifted a writer Jo is and says–with a downbeat sigh–how she’d give her “eyetooth” for that kind of natural talent. The film makes clear that things have always come easy to her friend (metabolism, talent, hot guys), at least in Mara’s eyes. Indeed, we feel her frustrations and the conflict of Fourteen arises in wondering how long Mara will stand by the increasingly volatile Jo, who calls on her for each breakup and every come-down. All credit to Sallitt’s script. Were the film to linger in this time period, given the locale, Fourteen could easily have slipped towards nauseous naval-gazing. Instead we are asked to stay on our toes as the story hops liberally forward in time. In Sallitt’s world a cut can occasionally mean a week but it can also mean years at a time. Additionally, these jumps are seldom signposted with the significance of, say, a birth. We simply move from one interior or exterior to the next with scant clues to suggest how much time has past. This gives the film the texture of memory, akin to that which we saw in Boyhood, although obviously without the “special effect” of the actors’ aging processes. The director also lets the script do the talking for the most part, filming everything in a rigorous and non-judgmental medium shot that offers equal space and importance to each situation and character.

Medel appeared in Ricky d’Ambrose’s Notes on an Appearance last year, a remarkable film although one with no shortage of affluent young men pontificating in chinos and pastel shirts. Fourteen boasts its fair share of that particular breed too, which makes Mara’s enduring humbleness–something entirely absent in d’Ambrose’s film–all the more invaluable. In a pointed conversation in the early throws of Fourteen, Mara’s boyfriend floats the idea of having a threesome as they lay in a post-coital embrace in bed. Mara thoughtfully responds by considering which of her friends to ask, noting that Jo would be “up for it” but would probably make her feel “invisible” at the same time. Medel is excellent in the scene, suggesting years of self-doubt with nothing more than a subtle note of pain in her voice. When her boyfriend eventually does see Jo at a bar he notes sincerely that she’s not really his type, prompting a reaction from Mara that indicates this to be the first time she has ever considered herself as being more attractive than Jo in someone else’s eyes.

Those are the kinds of moments that make Fourteen what it is: a deep dive into the complexity and soft trauma of seeing those we idolized as kids through fresh eyes and what exactly to make of that new vantage. Mara, for her part, is always there for Jo and Sallitt will leave explaining the woman’s exact reasons why till late in the day, during a quietly moving scene at a bedside–by which point I was already comfortably nestled in this film’s embracing hands.